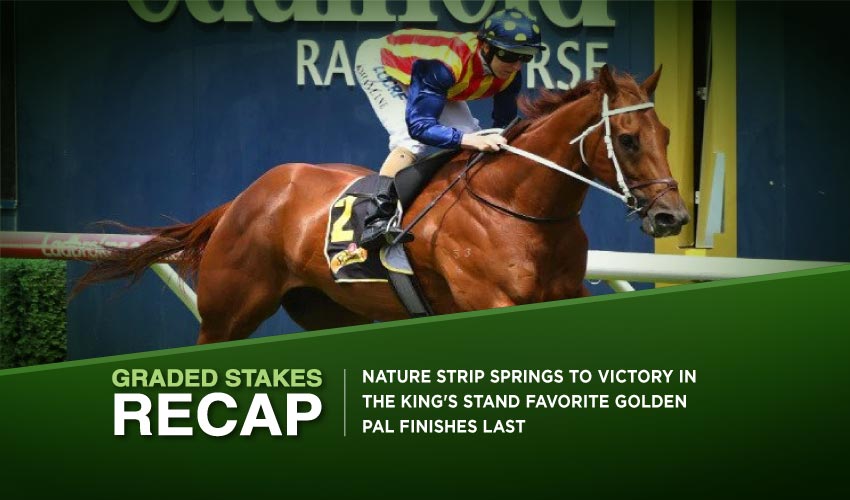 Day one of this year’s Royal Ascot meeting got underway in the midst of beautiful sunshine. One of the most eagerly anticipated sports events of the entire sporting calendar, the Royal meeting kicked off with three Group One races – the Queen Anne Stakes, King’s Stand Stakes and St James’s Palace Stakes. Here we recap the opening two Group One races of the day the Queen Anne and King’s Stand Stakes.

Kicking off five days of top class action, this year’s Royal meeting was expected to get started with a bang, with Baaeed hoping to cement his status as one of the best horses in the world.

In our race preview we stated that it would need to take something truly special to knock Baaeed off his perch and once again he showed what a classy horse he is.

Cruising throughout the race, at the two furlong pole jockey Jim Crowley gave him a slight tap and off he went. Showing his trademark change of gear, Baaeed hit the front and wouldn’t get caught. The win was his seventh consecutive victory and he really does look like a horse for the ages.

Credit must be given to the Saaed Bin Suroor trained Real World who despite finishing second only trailed Baaeed by a length and a half. In third place and some way behind the front two was the Aidan O’Brien trained Order of Australia who just held off the game Chindit.

Arguably the most eagerly awaited race of the day, the five furlong Kings Stand sprint was considered to be a contest between two internationally trained horses, Golden Pal and Nature Strip.

The market, boosted by comments made by Golden Pal’s trainer Wesley Ward that Golden Pal was the fastest horse in the world saw the American trained horse jump off as the favourite.

However the distress signals went up early.

Golden Pal, usually such a fast starter, missed the break and found himself right at the back of pack. Jockey Irad Ortiz was able to manoeuvre Golden Pal towards the front, but by then too much energy had been used and the favorite dropped back rapidly. He would go onto finish last.

With Golden Pal failing to fire – there to pick up the pieces was the hearty Nature Strip. We flagged in our race preview that Nature Strip’s best work tends to come in the middle portion of his races and this certainly proved true once again.

With horses tiring all around him, Nature Strip found another gear and powered clear entering the final furlong. Sprint races aren’t meant to be won by great distances, but Nature Strip flipped the script on its head winning by a distance of four and a half lengths.

Twilight Calls was a gallant second and trainer Henry Candy would be left to rue an untidy start by his charge. Acklam Express would provide a huge shock for place packers with the +20000 shot managing to hit the line in third place.