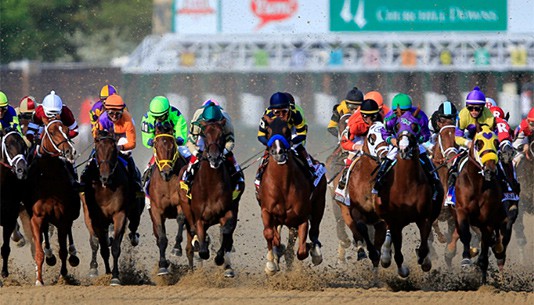 Latest Updates on the Road to the 2021 Kentucky Derby

The Road to the 2021 Kentucky Derby is still very much in the early stages, but in the coming weeks, we are going to see the qualifying races begin to heat up. One thing that some racing fans may not be aware of is that the battle for those 20 coveted spots extends beyond North America. In fact, we have an update to deliver on the Road to the Derby in Japan.

Before we continue, take a look at some of the 2021 Kentucky Derby futures & betting odds currently available at JazzSports.ag

A total of four races will be held in Japan counting towards the Road to the Derby qualifying, although it should be noted that none of the owners of the horses in the picture have actually come out and said that their horse will officially enter the 2021 Kentucky Derby.

The latest race was the Zen-Nippon Nisai Yushun at Kawasaki Racecourse, which was comfortably won by Alain Barrows. That win moved him ahead of Lemon Pop, who won the Cattleya Sho race at the Tokyo racecourse back in November. It is perhaps no surprise that the winners of the first two races are now the betting favorites in the Japan Road to the Derby wagering, which is as follows:

In other 2021 Kentucky Derby news, 2-year-old contender Keepmeinmind will be heading to Oaklawn Park, where he will work out before racing next year. Trainer Robertino Diodoro announced that the colt would likely arrive at Oaklawn sometime between Dec. 25 and the end of the year, but he was not yet sure of which races Keepmeinmind would appear in.

The Oaklawn Park meet starts on Jan. 22 and will include four races that are qualifiers for the 2021 Kentucky Derby. Diodoro has already ruled out the Smarty Jones Stakes, which will go on opening day, as he believes that the 1-mile race is a little too short for his horse. The most likely race would be the $750,000 Southwest Stakes (G3), which is 1 1/16 miles. That race is set to go on Feb. 15.

Keepmeinmind broke his maiden with a win at the $200,000 Kentucky Jockey Club Stakes (G2) in late November. While we are not yet sure of what his upcoming schedule will look like ahead of the Derby, we do know that he is already generating some serious buzz. We will be keeping an eye on his status as we head into the New Year.

Follow Horse Racing Tote for more Kentucky Derby updates; as well as other news, tips, and results from the sport of kings.