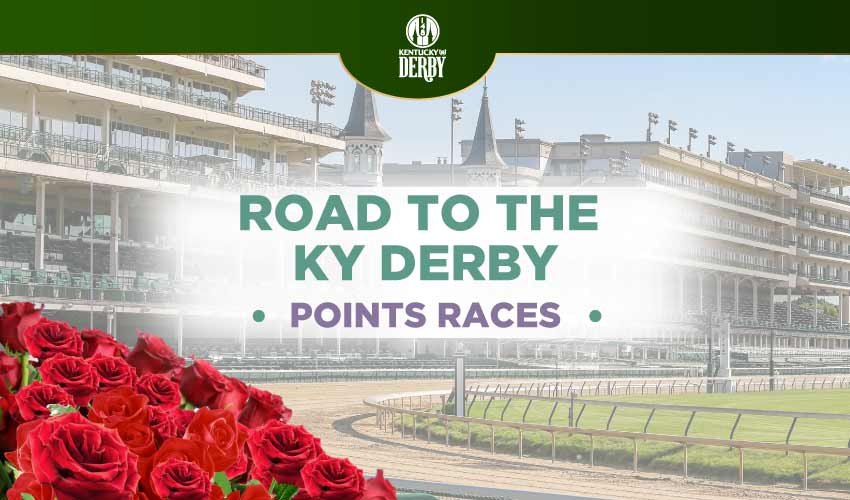 Over the next two months, the shape of the field for the Kentucky Derby will be fully defined by the major prep races carrying hefty payloads of Road to the KY Derby points races. The first of those races is the Risen Star at the Fair Grounds on Saturday; here we look at the current Derby picture and examine the credentials of those coming to the fore in recent days.

Another week, another Kentucky Derby favourite. From here on in it gets serious, with just about every prep race worth at least 50 points on the road to Churchill Downs, and consequently every race becomes a ‘win-and-in’ for the big one. Now we start looking not at whether this horse or that horse will get into the Derby, but whether they are suited to a big field, a fast pace, a test of stamina, the whole Derby scenario.

This week’s big mover is Classic Causeway (10-1), who leapt to joint-favouritism with an authoritative victory in the Grade 3 Sam F Davis at Tampa Bay Downs. The son of Giant’s Causeway was already a contender, given his solid form behind Rattle N Roll and Smile Happy last year, but he stepped up to the plate last Saturday and hit a homer, on the fractions throughout before surging clear through the stretch to win going away by three and three-quarter lengths.

Classic Causeway had the form, now he has a performance to go with it, and at this stage – he heads next for the Grade 2 Tampa Bay Derby on March 12 – he is strong for the Derby. The Sam F Davis was a mile-sixteenth but he was doing his best work late, galloped out strongly, and has a pedigree that indicates ten furlongs will be suitable. Trainer Brian Lynch has never had a runner in the Derby; he could have a good one here.

Obviously Classic Causeway is, on bare form, subordinate to Smile Happy and Rattle N Roll, but he’s moving up fast and three-year-old form is more important than juvenile form. Behind him, Strike Hard (25-1) caught a few eyes when rallying nicely to be fourth, beaten six and a half lengths, and he should be watched closely in his next prep. He lacks the scope of Classic Causeway, however, and his odds are short enough at this stage.

The other ten-pointer at the weekend was the ungraded El Camino Real Derby at Golden Gate Fields, in which the victory of Blackadder (65-1) subsequently had little impact on the Kentucky Derby picture for a number of reasons – he’s ineligible for the Derby because he’s trained by Bob Baffert, it was not a particularly strong race, and he now has an automatic berth for the Preakness, which seems like a more cunning plan.

Even if the situation with Baffert changes, Blackadder is some way down the pecking order at the barn behind the likes of Messier, Corniche and Newgrange, so don’t spend too long debating his merits. The runner-up Mackinnon should go back to turf, where he has won two stakes.

Moving up, moving out

We are more than halfway along the Road to the Kentucky Derby, with only 16 races remaining in the US for horses to accumulate sufficient points to make it into the gate on May 7. It will only take one big performance for a horse to spring into contention, however, so note should be made of several promising types bubbling under the bigger names.

One likely lad is In Due Time (40-1), who blitzed his rivals by five and three-quarter lengths when winning an allowance optional claimer at Gulfstream Park two weeks ago. That was his first time over a mile after two races sprinting and the extra distance evidently suited him, so there may be more to come – and there will have to be, to keep him on the Derby trail – when he goes for the points in perhaps the Grade 2 Fountain of Youth on March 5.

Keep an eye also on runner-up American Icon (50-1), who was having just his second start and is another on the long, long list of potential Derby horses trained by Todd Pletcher. Also on that list is Charge It (30-1), who came in for a lot of financial support on the future book when breaking his maiden by eight and a half lengths over the Gulfstream mile last week. He’s not really a betting proposition until he’s been tested in a points race, though, and like the aforementioned Strike Hard, all the value has been stripped out for now.

Brad Cox has seen a couple of possibles – Cyberknife, Rocket Dawg – drift to the margins in recent weeks, but he may have a replacement in Zozos (75-1), who stayed unbeaten in two when annihilating the field in an allowance optional claimer over a mile-sixteenth at Oaklawn Park a week ago. The Munnings colt went in by ten and a quarter lengths, with a notable scalp being dead-heat runner-up Barossa (75-1), who is Grade 2-placed and was having his first run since leaving Baffert’s barn.

There are a number of potential targets for Zozos, including the Grade 1 Arkansas Derby at Oaklawn on April 2 or the Grade 1 Blue Grass at Keeneland a week later, and he rates a don’t-miss wherever he turns up next.

One heading the other way is Jack Christopher, the unbeaten winner of the Grade 1 Champagne at Belmont Park, who has yet to return to work after recovering from a fractured shin. At one time second-favourite for the Kentucky Derby, he has been removed from the future book, at least temporarily.

Stars come out on Saturday

We are due another major shake-up in the betting after the Grade 2 Risen Star at the Fair Grounds on Saturday, which has drawn five leading Derby contenders for a contest that will probably provide yet another new favourite for the big race.

The winner of the Risen Star will garner 50 Road to the Kentucky Derby points and a certain place in the gate at Churchill Downs, so given the inevitable price cut for Saturday’s principals, bettors may wish to make an early move on their long-range fancies to hold on to current odds.

Follow us on Social Media for instant Road to the KY Derby points races updates!