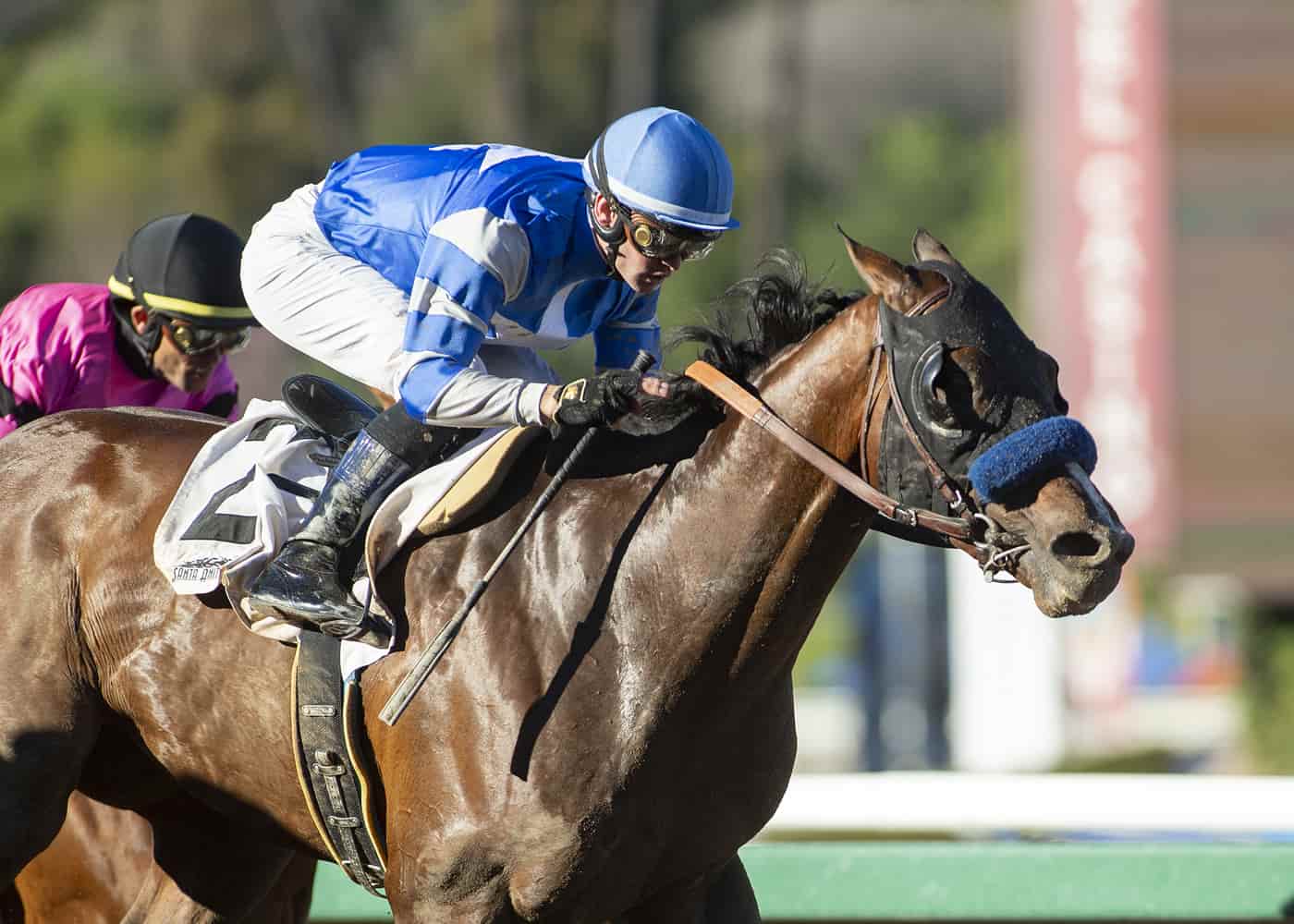 Robert B Lewis Stakes will run on Saturday at Santa Anita Park in Arcadia, Calif. The event is an early West Coast prep race for the Grade I Runhappy Santa Anita Derby on April 3, as well as for the Kentucky Derby.

Covering a distance of 1 1/16 miles, it awards 10 qualifying Derby points to the winner, four to the runner-up, two to the third horse, and one to the fourth.

Two of the big names being talked about are Spielberg and Hot Rod Charlie.

Hall of Fame trainer Bob Baffert will be looking for his ninth Robert B Lewis Stakes victory with Spielberg. He took last year’s edition with Thousand Words and won with Mucho Gusto in 2019.

While Baffert has two Triple Crown prospects nominated to the race, he will likely choose to only run Spielberg. The other possible name is Medina Spirit.

Spielberg is coming off a Grade II Los Alamitos Futurity victory at a mile and one-sixteenth, crossing the finish line just a nose ahead of Doug O’Neill’s 33-1 longshot The Great One on Dec. 19. The runner has demonstrated a stalking style, which could prove to be an advantage in the Robert B. Lewis Stakes.

The $1 million Union Rags son is owned by a partnership of SF Racing, Starlight Racing, and Madaket Stables.

There is a lot of attention being focused on Hot Rod Charlie, who was dismissed at 94-1 odds last time out in the Breeders’ Cup Juvenile on Nov. 6 at Keeneland.

He impressed everyone with his performance, which saw him only be beaten by three-quarters of a length by undefeated Essential Quality, who is likely to become the Eclipse Award winner as outstanding 2-year-old male on Thursday.

Trained by Doug O’Neill, who also has Wipe the Slate as a Lewis contender, Hot Rod Charlie will be joined by Joel Rosario in the race. The horse worked six furlongs on Jan. 22, going in 1:16.60 in what was the fastest of 13 drills at the distance.

Some of the other names who could run in the Lewis include Wipe the Slate and Red Flag.
Reddam Racing’s Wipe the Slate is O’Neill’s other probable. The 3-year-old Nyquist colt has a career record of 1-1-0 from two starts and earnings of $48,000.

He is coming off a strong victory in a Dec. 26 maiden special weight race at Santa Anita, which followed a runner-up effort in another back on Nov. 22 at Del Mar.

Trained by John Shirreffs and owned by Tina Moss and Jerome Moss, Red Flag is a 3-year-old colt from Tamarkuz. He has two career victories from four starts and earnings of $106,100.

The colt finished fourth in the Dec. 19 Los Alamitos Futurity (G2) at Los Alamitos and first in the Nov. 15 Bob Hope Stakes (G3) at Del Mar.

The rest of the probables for the Lewis include Waspirant, Rock Your World, Roman Centurian, Parnelli, and Rombauer.