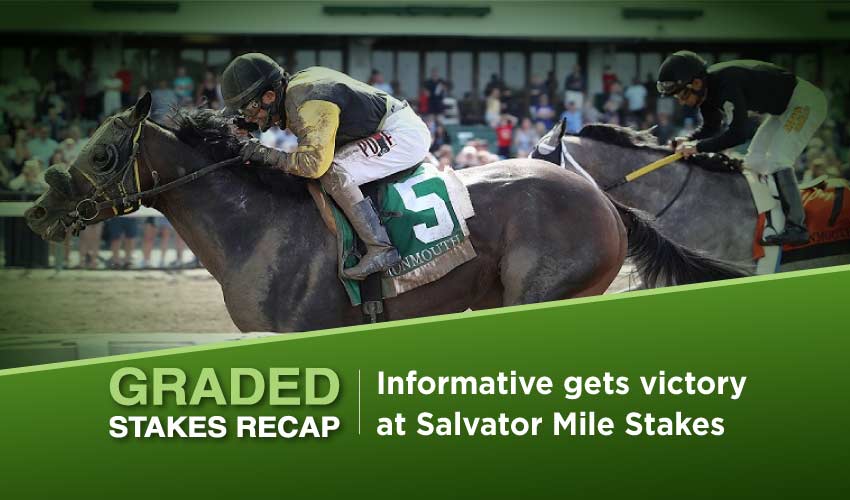 There was some captivating Grade 3 races taking place this weekend, including the Salvator Mile Recap and Mint Julep. There was no shortage of stories to come out of the racing, with a huge 79/1 winner among the biggest. Below, we will go through all the most important races from this past weekend.

The most lucrative Grade 3 race that took place this past weekend was the Salvator Mile. It also produced one of the biggest winners of the season so far, as Informative won at odds of 79/1. Very few people would have predicted the winner, as he has won on just two occasions in over 20 races.

However, this was a day when everything clicked into place for the four-year-old, as he finished a length clear of NY Traffic. Basin and Pirate’s Punch were heavily fancied to run strong races, but neither were able to get near the front. Galerio was the horse that finished in third. Connections of Informative won prize money of $90,000 for the victory.

Churchill Downs also hosted a Grade 3 contest this past weekend, as the Old Forester Mint Julep Stakes took place. The race was run over 1 1/16 miles and was won by Mintd in a time of 1:43.92. It was a shocking result at the home of the Kentucky Derby, as many believed that Juliet Foxtrot was a solid selection for the race.

However, Mintd finished the better of the two horses and ended up winning the contest by half a length. Juliet Foxtrot finished second, as she was two and a half lengths clear of She’sonthewarpath, who finished the Mint Julep back in third place. The prize money for the winning connections was $90,210, which was the highest prize money on offer over the weekend.

There was also Graded action on Sunday in the United States this past weekend. The Grade 3 contest came in the form of the Affirmed Stakes at Santa Anita Park. Horses that are three were able to enter, and it was won by The Chosen Vron in a time of 1:44.01. The three-year-old was in excellent form throughout the race, as he traveled well throughout the 1 1/16 miles distance. He finished a length and a quarter clear of the field, and winning connections, received prize money of $60,000.

The Chosen Vron was sent off as the heavy favorite in the betting, and he showed why he was so heavily fancied to win the race. Defunded was the closest challenger, but he could only finish second. There was a big gap between second and the remainder of the field, as Bob Baffert-trained Classier was the third to finish, but he was eleven lengths behind Defunded.