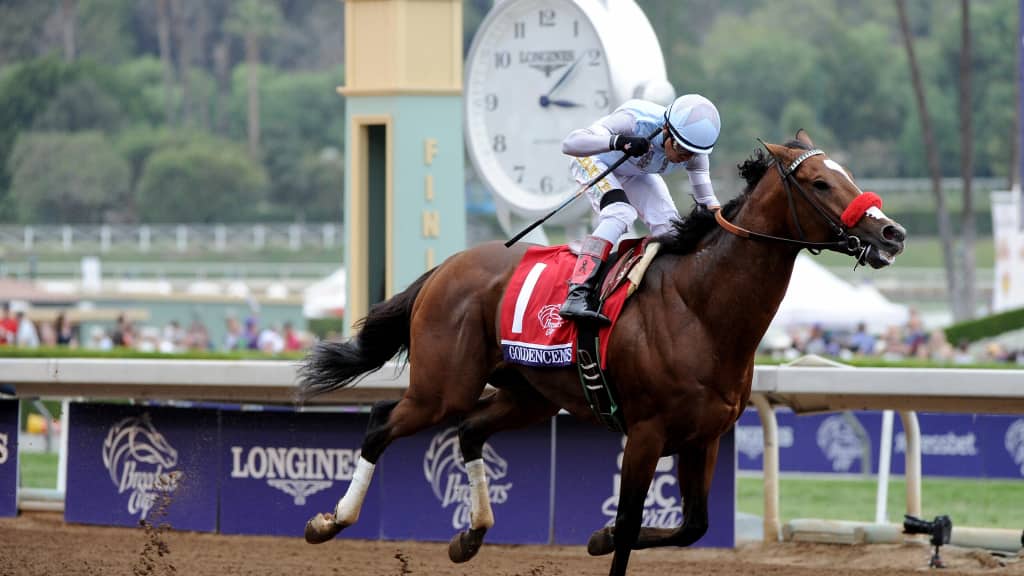 There will be six sophomores covering a distance of seven furlongs as they compete in the Grade II, $200,000 San Vicente Stakes at Santa Anita Race Track on Saturday. The race is set to have a field of six as it runs as Race 7 on the card.

The San Vicente Stakes plays an important role as a prep race to the Grade I Santa Anita Derby on April 3.

The favorite coming into the San Vicente Stakes is Gary and Mary West’s Concert Tour, whose odds sit at +160. The Street Sense colt is Hall of Fame trainer Bob Baffert’s first-time maiden winner in the race.

Concert Tour is coming off an impressive showing last time out on Jan. 15, when he ran six furlongs and crossed the line 3 1/2 lengths ahead. With that performance, it looked as if Concert Tour could handle a longer distance with ease.

That was Concert Tour’s only performance of his career so far, and he will be joined once again by top jockey Joel Rosario in the San Vicente.

Owned by Eric Kruljac, Robert Fetkin, John Sondereker, and Richard Thomburgh, The Chosen Vron is coming in at +250. The gelding from Veronnsky broke sharply from the gate on Dec. 27 to win his debut, going 6 1/2 furlongs.

In that outing, the California-bred runner led for most of the race against a field of nine other rivals, and he crossed the line 6 3/4 lengths ahead of the next best runner. He was joined by John Velazquez in that race and won as the favorite.

The Chosen Vron will change riders as Mike E. Smith has the call this time out.

The Violence colt is Baffert’s other entrant in the race. He has not run since Aug. 1, when he broke his maiden at first asking as the favorite among a field of nine other runners. In that race, Freedom Fighter won by a head as he demonstrated his speed.

He will be joined by jockey Drayden Van Dyke, and the runner has been training well leading up to the San Vicente Stakes.

Other Horses To Watch

Another one of the runners who will look to make it difficult for the favorite is Reddam Racing’s Found My Ball. The California-bred runner trained by Doug O’Neill is coming in at +300.

He has a career record of one win and one third-place run from two races. His purse earnings sit at $43,200.

Found My Ball is coming off a strong maiden special weight victory at Santa Anita on Jan. 22, and he closed out his 2020 season with the third-place finish in another at the track on Oct. 4. Jockey Mario Gutierrez will join him.