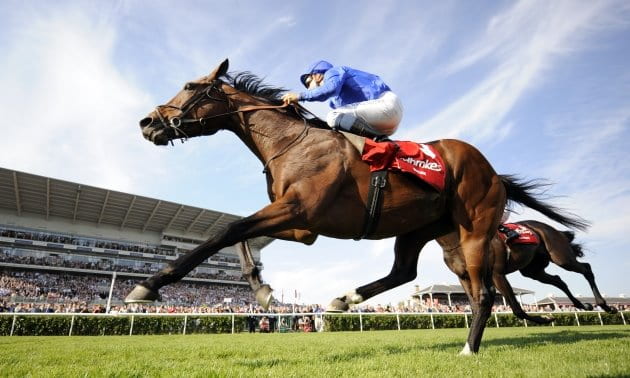 The Neom Turf Cup at 2100m over the turf course featured Eclipse Award winner Channel Maker trained by Bill Mott.  Channel Maker could do no better than second as; True Self posted a 11/4 length victory with Emirates Knight finishing 5 lengths back in third

The Saudi Derby for three year olds was run at 1600m over the dirt course and was won by; Japanese shipper Pink Kamehameha; who held off the Steve Asmussen US invader Cowan by ¾ of a length with New Treasure finishing third;  this is the second consecutive year a Japanese trained horse has won this race.

The festival concluded with; the $20million USD Saudi Cup which featured the top three US older horses in Charlatan and Knicks Go along with the highly regarded Tacitus and the horse that might have been the best three year old in Europe last year Mishriff; the race started with Charlatan getting to the front with Knicks Go to the inside.  The two horse turned for home side by side until; Charlatan pulled away with what looked like a winning move only to have Mishriff close strongly down the middle of the track to post; a one length victory over Charlatan with Great Scot finishing third.  Knicks Go tired to 4th and Tacitus never fired and finished 7th.  Mishriff earned $10 million for the win and would appear to be header to the $10 Million USD Dubai Cup; this are some of the latest news for Saturday Race Results

Laurel Park had two grade 3 races that were run after a one week delay due to weather.  The 7th race was the Barbara Fritchie contested at 7 furlongs for fillies & mares on the dirt and featured 2/5 favorite Hello Beautiful;  the favorite and the second choice Dontletseetfoolya battled on the front end; with 40/1 Hibiscus Punch sitting the perfect trip and as they turned for home the long shot blew by; the top two to post a very impressive 2 ½ length victoru over the late charging Estilo Talentoso (19/1) with Club Car filling out th trifecta.  The exacta paid an impressive 375/1 and the trifecta $918.7 for 50cents.  Hello Beautiful finished a tiring 5th some of the U.S graded stakes saturday race results

The General George was the male version and was also run at 7 furlongs and was won in dominating fashion; by Share the Road at 4/1.  Share the Ride sat second behind longshot Arthurs; Hope and then put that one away turning; for home and won wrapped up by 2 lengths with Tatooed closing for second and Laki finishing third.  Favorite Funny Guy 2/1 was all but pulled up and finished last in the field of 9

Saturday Race Results at Gulfstream Park which was only one of two; racetracks not having weather issues, the featured race was the Royal Delta Stakes; for fillies & Mares 4 and up over 1 1/16th on the main track.  The favorite Mrs. Danvers at 3/2 broke quickly only to be engaged by Gibberish; and went head and head into the far turn only to have the eventual top three finishers; pass them at the top of the stretch.  Queen Nekla at 29/1 was fastest of all to win the race by nearly two lengths with Eres Tu finishing 2nd and Bajan Girl getting the show money.

Saturday Race Results at Santa Anita the featured Grade 2 Buena Vista; at 1 mile on the turf course for fillies & Mares at “The Great Race Place” took place; under beautiful blue skies and 70 degree temperatures. Charmaines’s Mia was bet down to 1.3/1 and did not not disappoint the punters.  Sitting second after the first half mile she took the lead and cruised to a one length victory over Mucho Unusual; who was the 7/2 second choice with Warren’s Showtime getting third place in the field of 9.