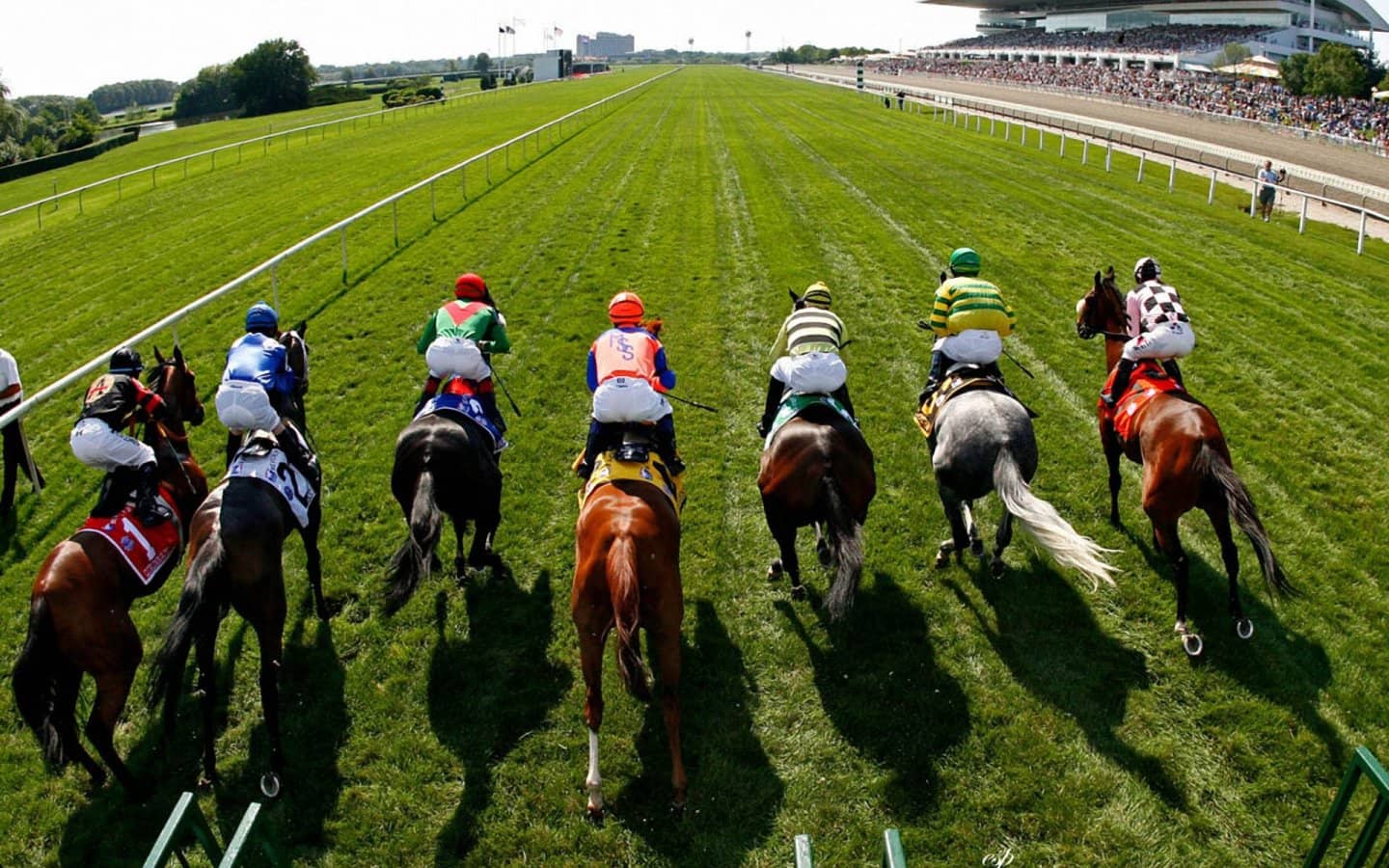 Saturday racing was a big day as Oaklawn Park was finally able to run the twice-postponed; Southwest and the Razorback Stakes, but the big action took place at Gulfstream Park; which offered 8 graded races under beautiful south Florida skies.

Herecomesthebride Stakes at 1 1/16th on the turf course for 3-year-old fillies. Spanish Loveaffair crossed the line two lengths ahead of Con Lima with Joy of Painting in third.  Unfortunately, Spanish Loveaffair was disqualified for interference with I Get It and was placed 4th.  Con Lima becomes the winner, Joy of Painting gets 2nd and I Get It moves up to the third place.

The Mac Diarmida Stakes for older horses at 1 3/8; on the turf course was next up and Phantom Currency under an aggressive ride by Paco Lopez took the lead and wired the field to win by two lengths over Tide of the Sea; and the late running Moon over Miami rounded out the trifecta.

The 5th race at Gulfstream Park was a maiden race; that showcased first-time starter Bennyfromthebronx; a half-brother to Charlatan, who went off at 5/1 and then broke slowly and rallied to get second.

The star of the race was the even-money favorite Collaborate; who won by 10 lengths; with Full Court press getting third.  The bettors inspired by the victory drove the Derby Future odds on Collaborate from 125/1 to 50/1 as we wait to see what Saffie Joseph decides is next for the son of Into Mischief.

The Palm Beach Stakes at 1 1/16th for three-year-olds was next on the track; and we saw 5/1 Arzak open up a ten-length lead only to fade in the last eighth of a mile as the 6/5 favorite Annex led a group of closers to win the race.

Scarlett Sky finished second and Chess’s Dream finished third.  Back on the turf course was the 1 1/16th G3Turf Canadian Turf for 4 and ups and the crowd (such as it was) saw an exciting race with three horse finishing in a blanket finish, but it 9/2 Venezuelan Hug taking the race by a nose with Olympic Runner getting second and Gear Jockey 3rd.

Back to the main track for 4-year-olds

The grade 2 Gulfstream Park Mile.  5/2 morning line Tax was scratched from the race and that made Performer the prohibitive favorite at 4/5 but he did not fire and finished a disappointing third.  Meanwhile, Fearless at 5/2 tracked the early pace and rolled by to win by a length over Avant-Garde.

Older females and Mares went to post in the (G3 Turf) Honey Fox Stakes contested over One mile on the turf featured the 6-year-old mare Got Stormy, who went to post as the 1/1 favorite and just beat Zofelle by a nose in a driving four-horse finish with Just Glorious finishing third.  Three old fillies featuring the eclipse award winner Vequist (champion 2-year-old filly)

Were entered in The Road to the Oaks prep race, Davona Dale (G2) over 1 mile on a fast dirt course.  Wholebodemeister at 50/1 got to the front, held off challengers including 1/2 Vequist, and drew clear by at least 5 lengths with Crazy Beautiful getting second and Competitive Speed finishes third. Vequist and Millefeuille finished up the track.  The Very One (G3T) at 1 3/16th over the turf course was a very competitive field of 10 with half the field at 5/1 or less.

As it turned out; the top two choices finished 1-2 with Antoinette a 2.5 length winner over Belle Laura and Sister Hannah finishes third.  The last race in a tremendous Gulfstream Park Card was the Kentucky Derby Prep Fountain of youth Stakes at 1 1/16th over the main track.  The greatest Honour winner of the Holy Bull; went off as the 4/5 favorite in the field of 10 that also includes the 2020 2-year-old turf champion Fire at Will (7/1).

Drain the Clock led most of the way at 5/2 but in the last furlong, Greatest Honor closed to win and collect the 50 Derby Qualifying points.  Drain the Clock held on to 2nd and Papetu grabbed third.

A rainy day in Hot Springs, Arkansas made the Oaklawn park track a quagmire but that did not deter Mystic Guide from running off with the grade 3 Razorback Stakes at 1 1/16th over a muddy track.

Was delayed twice due to weather was for 4-year-olds and up and featured many of last year’s Derby hopefuls.  Mystic Guide at 2/1 sat the perfect trip; and rolled to the front turning for home and drew away throughout with Silver Prospector; saving ground the whole way and getting 2nd, while Owendale the favorite got third.

Featured two of the top horses in the Kentucky Derby Future Book with Essential Quality; (2-year-old champion) and Jackie’s Warrior (Breeder cup juvenile favorite); headlining a quality field of 7 going postward in this Road to the Derby prep race.

Jackie’s Warrior broke on top; while third-choice Spielberg broke badly and was forced to race wide throughout but no one could stop Essential Quality; who loved the off going and won by 3.5 lengths.  Spielberg finishes 2nd and Jackie’s Warrior tired to 3rd.

Make sure to check Horse Racing Tote for the latest saturday racing recaps; news and updated odds on the Road to the Kentucky Derby.