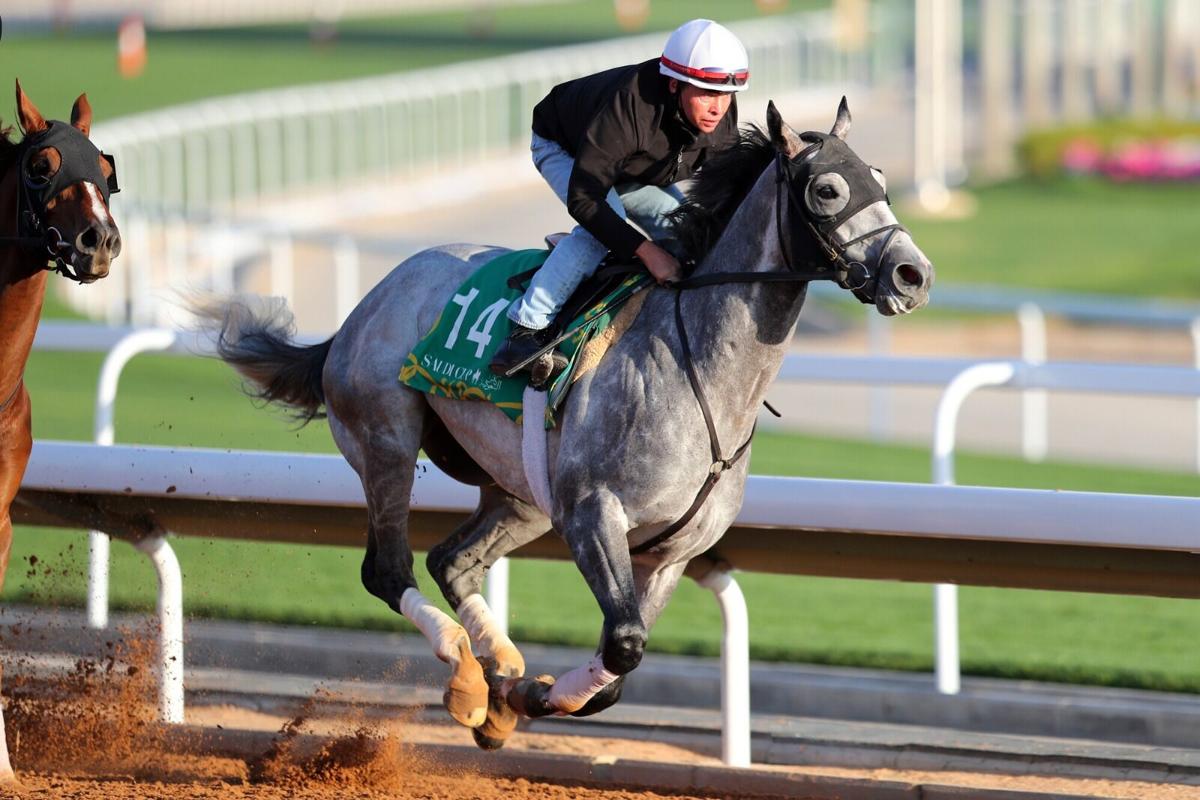 Saudi Cup Favorites Preview: The second-ever Saudi Cup program will take place on Feb. 19-20 at King Abdulaziz Racetrack in Riyadh. The highlight race of the program is the $20 million Saudi Cup, which is the world’s richest horse race.

Despite all of the challenges involving COVID-19 and other logistical factors, this year’s edition is set to include some of the sport’s biggest names.

The Saudi Cup covers 1 1/8 miles on a one-turn dirt course.

The two favorites likely going into the Saudi Cup are Knicks Go and Charlatan, both of which turned in breezes recently in preparation for the big event.

Korea Racing Authority’s Knicks Go is one of the top names among the contenders. The 5-year-old son of Paynter trained by Brad Cox is the winner of the 2020 Breeders’ Cup Dirt Mile, which closed out that year’s campaign.

Knicks Go registered 48.40 seconds going a half-mile in his work.

Another one of the favorites will likely be Charlatan, owned by SF Racing, Starlight Racing, Madaket Stables, Stonestreet Stables, Frederick Hertrich, John Fielding, and Golconda Stables. Trained by Hall of Famer Bob Baffert, he is a 4-year-old Speightstown colt.

He has three career wins from four outings, including the Dec. 26 Runhappy Malibu Stakes at Santa Anita last time out.

Charlatan went a half-mile in 49.80, and his connections are happy with his standing going into the event.

Some of the other major contenders for the Saudi Cup include Sleepy Eyes Todd and Max Player.

Owned by Thumbs Up Racing, Sleepy Eyes Todd is a 5-year-old son of Paddy O’Prado. The runner finished fourth in the Pegasus, which was his only 2021 start so far.

At the end of 2020, he scored the Dec. 19 Mr. Prospector Stakes at Gulfstream Park, demonstrating speed with a 115 Speed Figure.

The runner’s other big performances include first in the Nov. 7 Lafayette Stakes at Keeneland and fifth in the Sept. 26 Awesome Again Stakes at Santa Anita.

Sleepy Eyes Todd also worked at the same time as the others, but trainer Angel Miguel Silva did not register a time.

George Hall and SportBLX Thoroughbreds’ Max Player will be returning after a long rest. The 4-year-old Honor Code colt trained by Hall of Famer Steve Asmussen has not run since finishing fifth in the Oct. 3 Preakness Stakes at Pimlico.

Prior to that, he took fifth in the Sept. 5 Kentucky Derby at Churchill Downs and third in the Runhappy Travers Stakes at Saratoga.

Max Player’s last victory came back on Feb. 1, 2020, in the Withers Stakes at Aqueduct.

The runner worked three furlongs in 38.20 seconds in preparation for the race.

Some of the other expected names for the Saudi Cup include Alzahzaah, a local runner with four straight wins; Bangkok, a runner from England; Chuwa Wizard, winner of several Group 1 dirt events in Japan; and Extra Elusive, another horse from England with several Group 3 wins.