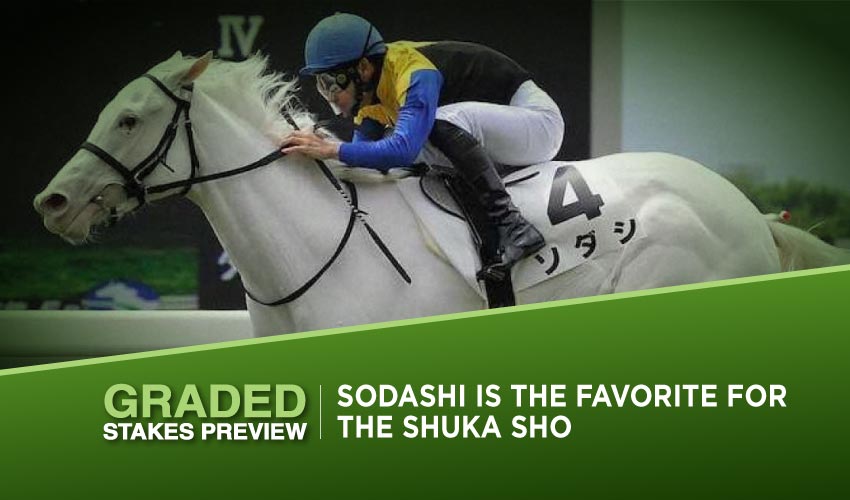 The following weekend is packed with exciting horse racing action in Japan, while Sunday’s Shuka Sho concludes this year’s Triple Crown for three-year-old fillies. The G1 turf race features both winners of previous Classic races, the 1000 Guineas scorer Sodashi and the winner of the Japanese Oaks, where Sodashi didn’t get the trip. While the Shuka Sho takes place at the Hanshin course, Saturday’s G2 Fuchu Himba Stakes is held at the Tokyo Racecourse. The latter is a trial for the G1 Queen Elizabeth II Cup – one of the most prestigious races of the Japanese season.

The G2 turf trial for the G1 Queen Elizabeth Cup II offers the purse of 106,660,000 Yen that is up for grabs for three-year-old and older fillies and mares. None of the 18 participants is of the Classic age, though, including the leading chance of this race over a mile and a furlong, Magic Castle (11-10 ). The four-year-old filly trained by Sakae Kunieda was a smart runner also in 2020, placing second in the Shuka Sho over a mile and a quarter, upon which she bagged her first victory in the G3 Aichi Hai. Magic Castle then stayed at the mile to middle distances, placing in all of her following starts, e.g. the G1 Victoria Mile.

She finished third back then after being stuck behind her rivals for a while; still, she wouldn’t have been able to challenge the winner. Her effort was fine; therefore, she should play a huge role in Saturday’s race, in other words, this company. Des Ailes (53-10) is another four-year-old filly to consider, given she beat Magic Castle when they clashed in Hashin in April. However, the Yasuo Tomomichi trained bay left her rival behind only by a neck, while Des Ailes was disappointing in the Victoria Cup. She finished only eighth; moreover, Magic Castle seems to be suited more by the distance of Saturday’s race.

Still, neither of these two participants wouldn’t surprise by winning the Fuchu Himba Stakes as the chances of the rest of the field don’t look as appealing. Maltese Diosa (19-1) finished ninth in the Victoria Cup, and even though she’s managed to grab some decent places in the past, she’d need to find more than she displayed in her last three starts to score this. Smart Lien (16-1) has been a reliable filly lately, but usually in Listed races or even among the lesser competition. The distance suits her, though, so Smart Lien is definitely in the mix together with Andraste (13-1), a G3 winner over the trip. Last time out, she failed to make an impact, but she shouldn’t be entirely discarded, for she’s a talented filly mightn’t have shown everything she is capable of. Shadow Diva (12-1) has never won a Grade race; still, she took second place twice at the G2 scene, including the last year’s Fuchu Himba Stakes.

Our betting pick for the Fuchu Himba Stakes is: Magic Castle due to her great effort in the G1 Victoria Cup, which should be enough to prevail in this company.

The final part of the Japanese Triplecrown for three-year-old fillies is held at a mile and a half, while the purse of 194,800,000 Yen attracted a large field of 16 contestants. The G1 event on turf could be perceived as a rematch for the Japanese Oaks, which didn’t go well for the outstandingly popular white filly named Sodashi (4-5), the winner of the Japanese 1000 Guineas (Oka Sho)

Unbeaten until the second Classic, Sodashi looked she just failed to stay the trip of a mile and a half as she travelled smoothly throughout the race but went stiff in the final stage and trailed to eighth place. Besides the first Classic held at the distance of a mile, the charge of Naosuke Sugai bagged the G1 Hanshin Juvenile Fillies’ as a two-year-old, so on Sunday, she bids for her third G1 victory and the second Classic. Sodashi is the leading chance here because the shorter trip should take her well, which she’s proved in August when winning a G3 race on such a distance, beating even very classy older horses like Loves Only You or Blast Onepiece.

Regarding her rivals, Uberleben (19-2) looks the most dangerous as she dominated the Japanese Oaks in fine style. Still, it was the first time she actually beat Sodashi because she lost to her in every other clash, even though not by far. The bay filly trained by Takahisa Tezuka handles a mile and a quarter, but she may be have won the Oaks only due to the fact she was the best stayer in the field, yet not the best horse in general. In Sunday’s race, she’s a respected contestant by no means; still, she needs to find even more here to be dangerous to the favourite once again. Akaitorino Musume (10-1) ran a massive race in the Japanese Oaks, drawing on her fourth place in the 1000 Guineas with a second place over the longer distance.

However, mostly the same as to Uberleben applies also to Akaitorino Musume – they are classy fillies but haven’t shown enough to challenge Sodashi on the middle distances yet. Moreover, neither of them hit the track since August.

Since failing to shine in the 1000 Guineas, A Shin Hiten (25-1) was pointed to the G2 and G3 company among which she took second place in a G2 over a mile and a quarter, while being left behind only by promising Andvaranaut (8-1). Together with third Art de Vivre (36-1), they displayed a certain class level, yet it’s a question of whether it’d be enough for the aforementioned fillies. The last to mention is Fine Rouge (29-5), third in the 1000 Guineas, who easily won a G3 race in September, suggesting she’s in fine form and could place on Sunday.

Our top betting pick for the Shuka Sho is: Sodashi because she’s a stunning, classy filly capable of tremendous things, including leaving behind a field of older horses. She should benefit from the distance this time.

Join us at JazzSports and make sure to stay tuned for the latest horse racing odds and horse entries.

Follow us on Social Media for instant Shuka Sho updates!