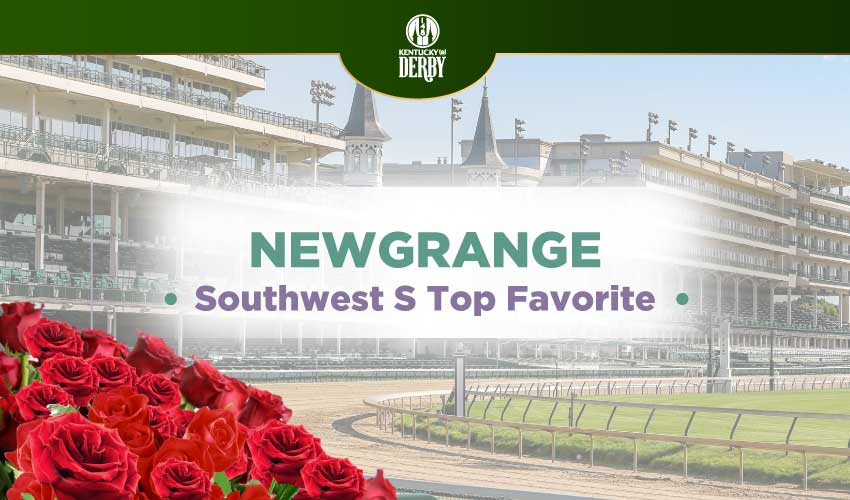 Although Saturday’s Southwest Stakes hasn’t seen many subsequent winners of the Kentucky Derby, this G3 trial for the Rebel Stakes and Arkansas Derby shouldn’t be overlooked. Not only was it won by Smarty Jones in the past, but spectacular specimen Essential Quality struck gold here in 2021, and everybody would be thrilled to witness succeeding another superb horse at Oaklawn Park. The winner of the race receives 10 points in the Road to the Kentucky Derby.

The G3 race held at the distance of a mile and a half of a furlong is run on the dirt surface, while the purse of $750,000 attracted a field of 12 three-year-old colts and geldings.

The leading victory chance belongs among Bob Baffert’s trainees as the Newgrange (2-1) has delivered two wins out of two starts. At first, the son of Violence broke his maiden, and then he employed a front-running tactic to score the G3 Sham Stakes on the 1st of January. Jumping brilliantly out of the gate, he had a good trip under John Velazquez and smoothly drew clear away from his rivals to win by two and ¾ of a length. After such a performance, it’s obvious he’s the favourite of the Southwest Stakes; however, he needs to handle the outside gate this time.

Kenneth G. McPeek’s charge named Dash Attack (7-2) looks like the most serious rival for Newgrange as he also ran just twice and bagged two victories. Once he succeeded in a maiden, he was pointed to the Smarty Jones Stakes, where he showed an eye-catching finish in the final stretch, catching off guard all the participants striving to get to the front back then. He swooped effortlessly by them to score the Listed race by two lengths. He definitely seemed capable of performing well, even among better horses, but he just needs to find more to run down such a horse as Newgrange.

Barber Road (5-1), Ignitis (10-1), and Kavod (12-1) followed Dash Attack home in second, third, and fourth, and despite being no match for the winner, they could show enough to place in Saturday’s race as well. Ben Diesel (10-1) finished only seventh, but he could make amends for the run. Still, we’d probably prefer a gelding like Osbourne (8-1) to have a say here, as his performance in the Remington Springboard Mile Stakes in December wasn’t bad at all. Fighting hard till the end, he lost the Listed race in the closing stages, but he should be capable of pulling up a similar effort on Saturday.

The last to mention here is Costa Terra (12-1), trained by Steven Asmussen, who finished fifth in the G1 Claiborne Futurity Stakes in October after his finish came too late. He’s not expected to win this, but he might surprise by snatching a fine place.

Our Southwest Stakes betting pick is Newgrange, who could be another Baffert’s future star, but in this case, he definitely has to handle this competition. In terms of the rest of the field, we like Dash Attack and also Osbourne for a place.

Follow us on Social Media for Southwest Stakes odds updates!