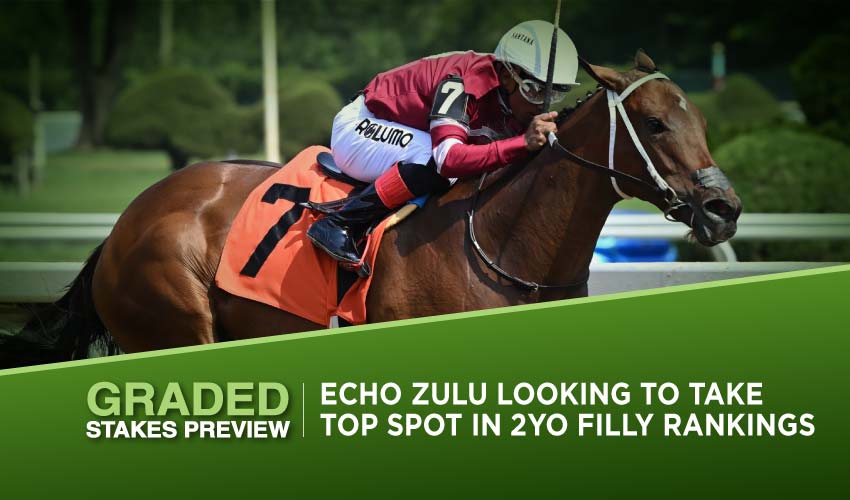 The upcoming weekend is packed with high-quality racing action, including Sunday’s Spinaway Stakes for two-year-old fillies, where we may see a junior champion in the making. Some eye-catching clashes also happen during Saturday’s program as Souper Sensational is the hot favorite for the Prioress Stakes meant for fillies, and Public Sector headlines the Saranac Stakes over a mile and a half furlong.

Six three-year-old fillies will compete for the purse of $250,000, while the 6-furlong distance should suit Souper Sensational (6-5) best. On dirt, the Mark Casse bound chestnut could achieve her first G2 victory as so far; she’s won only among G3 company in July. However, last time out, Souper Sensational headed to the G1 Longines Test Stakes over 7 furlongs, performed well as she tracked the leader from the inside, then switched wide, and even though the winner was uncatchable, her second place was respectable. Still, some fillies might prove better than Souper Sensational; for example, Oxana (3-1) trained Timothy A. Hills as the brown filly won an Allowance race by 10 and ¾ lengths in her last start.

Over 6 furlongs, she just demolished her rivals, and because she’s at the beginning of her career, another progress is expected of her. Cilla (8-1) has shown some talent, too, winning two black-type races. Moreover, she should benefit from the short distance, and because the field is quite competitive, Nineteen Amendment (4-1) and Edie Meeny Miny Mo (9-2) could also run good races.

However, after what has been said, Souper Sensational still looks the likely winner, but we might side with progressive Oxana.

In this G3 race on the turf surface, the purse of $200,000 is up for grabs and attracted a field of seven three-year-olds. Over a mile and half a furlong, Chad Brown-trained Public Sector (7-5) should thrive as he had shown some talent in the past, and recently, he’s shaped into a promising Grade horse. After an Allowance win, he finished second in a Listed, and in August, Public Sector went on to bag a victory in The G2 National Museum Hall of Fame S. On a mile, the GB-born son of brilliant miler Kingman looked like a professional athlete with a bright future, and his favoritism seems justified. At first sight, none of his rivals has shown such a class and ability lately, but Todd Pletcher’s Never Surprised (8-5) is at the beginning of his career, winning a black-type and placing second at the G3 scene.

Still, he’s a bit green, so more experienced contestants might take over the position of the favorite’s biggest rival, for example, his stable-mate Risk Taking (8-5). The G3 Withers Stakes winner fared neither in the Wood Memorial nor in the Preakness Stakes, and because he failed to succeed in an Allowance race, Chad Brown opted to point him to the turf. Undoubtedly, he’s the Turf specialist, so let’s see if Risk-Taking will redeem himself in the Saranac S. Like The King (6-1) also looked interesting after his victory in the G3 Jeff Ruby Stakes; however, he sort of confirmed he’s not going shine on dirt, finishing only 12th in the Kentucky Derby.

Last time out, Like The King led the most of a turf G3 race, the Kent Stakes, but had to settle for second place in the final stage. Although only a black-type winner, we cannot resist another Brown’s charge, Founder (4-1), who turned wide for the final stretch in his last race but displayed such an explosive turn of foot, he left his rivals behind quickly.

Drawing on the last sentence, we hugely like Founder due to his most recent performance in the Tale of the Cat Stakes; still, he needs to show more if he wants to beat his stable-mate, Public Sector.

On Sunday, G1 Spinaway Stakes over 7 furlongs is the highlight of the card. The field, comprising 9 two-year-old fillies, will compete for the purse of $300,000 on the dirt surface, while most contestants are about to hit the track only for the second time. There are two exceptions, with Pretty Birdie (3-1) being a winner of the G3 Schuylerville Stakes over 6 furlongs where she gave no chance to Saucy Lady T (20-1) in third. The former is once again expected to run well as she’s quick out of the gate and able to hold off her rivals in the stretch, though some less experienced fillies could possess even more speed.

It’s difficult to gauge which filly has the best chance to romp to a G1 victory just with a maiden under the belts, but it’s not a secret that Steven Asmussen bound Echo Zulu (8-5) is already quite popular. Sitting at second during her first start, she drew clear from her rivals in the final stretch and was impressive, crossing the wire with a 5 and ½ lengths advantage. Being the daughter of G2 winning mare Letgomyecho, she could remain unbeaten after this outing, though the field is very competitive. A trio of fillies bagged their victories in a more or less similar fashion as Echo Zulu, for they pressed the pace, then took command, and won easily. We’re speaking of Saratoga winner Sue Ellen Mishkin (12-1) and a duo of fillies successful at Ellis Park, namely Tarabi (8-1) and Girl With A Dream (6-1)

All of them have a chance in this renewal; however, Girl With A Dream seems the most likely to strike gold here as Tarabi looked a lovely filly in the making but a bit green. Dream Lith (6-1) caused an upset during her debut and could surprise more preferred rivals once more, while Sequist (12-1) showed a beautiful turn-of-foot when finishing from the rear of the field to take the lead just in time. Her class is in question; her performance was eye-catching, nevertheless.

Every participating filly has something to her, but we were genuinely impressed by Girl With A Dream who should be the biggest threat to Echo Zulu. Tarabi might run well, too the G1 Spinaway Stakes

Follow us on Social Media for instant Spinaway Stakes updates!