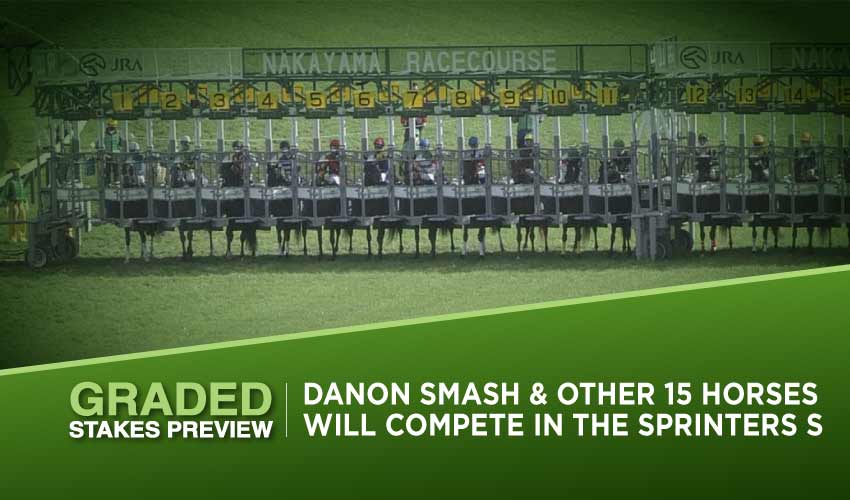 The Global Sprint Challenge event continues with its seventh part on Sunday as the Sprinters Stakes are held at the Nakayama Racecourse in Japan. The prestigious race attracted the field of 16 horses, among which Danon Smash is well-known contestant. Jockey Christophe Lemaire won the last two editions in cooperation with trainer Kazuo Fujisawa; the latter made no entry this year, though. Still, Lemaire has a big chance to achieve a remarkable hat-trick.

This G1 turf race run over 6 furlongs is set to be a rematch for Sankei Sho Centaur Stakes, a G2 event held in September. With the purse of 252,860,000 Yen, the Sunday’s sprint is open to three-year-old and older horses, among which Resistancia led by mentioned Christophe Lemaire is about to add another significant victory to her record. The four-year-old filly has always belonged among the elite, so after bagging the Sankei Sho Centaur Stakes, she seems to find her place even in the company of older sprinters. Still, it was her first start since May, so some of her rivals hit the track after a hiatus as well and some of them might’ve needed one preparatory run to get back into shape. It could’ve been the case of a stunning three-year-old, carrying less weight than older horses, named Pixie King who scored a G3 victory in January.

Since then, he wasn’t won, but his performances were quite promising upon his return to shorter distances. Last time out, he failed to win just by a neck, so it’s not impossible he’ll better Resistancia this time.

However, other participants also deserve some attention, for example, Gendarme , who won Shunrai Stakes over the distance of 6 furlongs in April. Despite the fact the six-year-old horse seems to prefer seven furlongs, he might play a role in this renewal. He definitely should be able to repeat his effort in the Sankei Sho Centaur Stakes, where he finished fourth, beaten also by third Kurino Gaudi.

In last year’s edition of the Sprinters Stakes, Kurino Gaudi took fifth place, while he bagged two victories in spring and shouldn’t be far away from the win in Sunday’s event as well. Shivaji could spring some surprise in the race as he doesn’t seem to have almost zero chance as the odds suggest, he hasn’t run since June, though. Another exciting horse, Danon Smash has been out since April. The six-year-old horse managed to win two G1 races in winter; therefore, if his form resembles the one he boasted back then, Danon Smash might return to the track with a bang.

In the Sprinters Stakes, we pick Pixie Knight, for we think he hasn’t shown everything he’s capable of.

Follow us on Social Media for instant Sprinters Stakes updates!