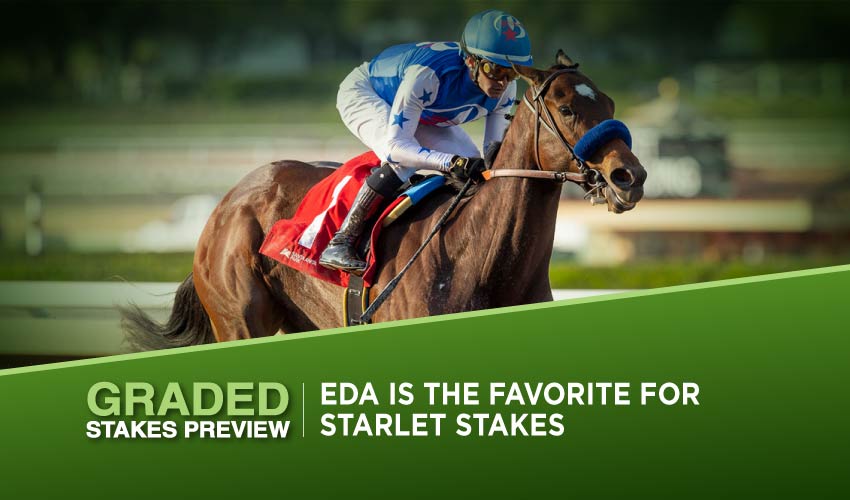 On Saturday, an exciting G1 race is held at the Los Alamitos Racecourse as six two-year-old fillies will compete in the Starlet Stakes, which Bob Baffert has won four times in a row. Since 2017, he succeeded with Dream Tree, Chasing Yesterday, Bast, and Varda, while all of them had Drayden Van Dyke aboard. The jockey won’t be riding this time in Los Alamitos, yet Bob Baffert has a solid chance to improve his records thanks to any of his three charges in 2021, especially progressive Eda and G1 scorer Grace Adler.

The pinnacle of Saturday’s card welcomes a field of six two-year-old fillies who are about to clash at the distance of a mile and a half of a furlong. With the purse of $300,000, the dirt race attracted some fascinating participants, including Bob Baffert’s trio. The trainer attempts to win the G1 event for the fifth time in a row and equalling the record of Wayne Lukas, who managed to prepare victorious fillies 8th times throughout his rich career.

Bob Baffert’s prominent charge is called Eda (+200), owned by the Baoma Corporation that has enjoyed some successes in this race. The Munnings filly has five starts under her belt as she finished second in the G2 race, fifth among the elite, upon which she was pointed to less prestigious races, scoring easily in the black-type and Listed company. Still, she was so impressive in these outings; it suggests her form has improved; moreover, she gained some experience which she should benefit from in Saturday’s race.

She easily left behind her stable-mate Benedict Canyon (+1200), and even though Baffert’s Grace Adler (+180) already is a G1 winner when being utterly spectacular in the Debutante Stakes, she was then disappointing in the G2 Chandelier Stakes as she managed only fifth place. She might make amends for the run, yet it’s true she got beaten even by underestimated Desert Dawn (+600), who subsequently grabbed sixth in the G1 Breeders’ Cup Juvenile Fillies.

Cairo Memories (+300) also showed up in the BC race, but after bagging an emphatic victory in a Listed, she had a terrible trip at the Del Mar and crossed the line in 9th without showcasing her actual abilities. Thanks to a smaller field, she should display it on Saturday as jockey Kent Desormeaux, who takes the reigns, has been currently on fire.

The last contestant to list here is Tonito’s (+800), second in the Listed race won by Eda. At first sight, she just didn’t bring enough to the table to even challenge Eda last time; still, it was only her second start after winning her debut by a length. She seems talented, and if she has improved since then, she might be a crucial player in this G1 race, too.

Our horse betting pick for the Starlet Stakes is EDA, who could finally score her first G1 win and comes to the race in better form than Grace Adler.

Sign up and get a 10% rebate. Make sure to stay tuned for the latest racing odds, races results and racing entries.