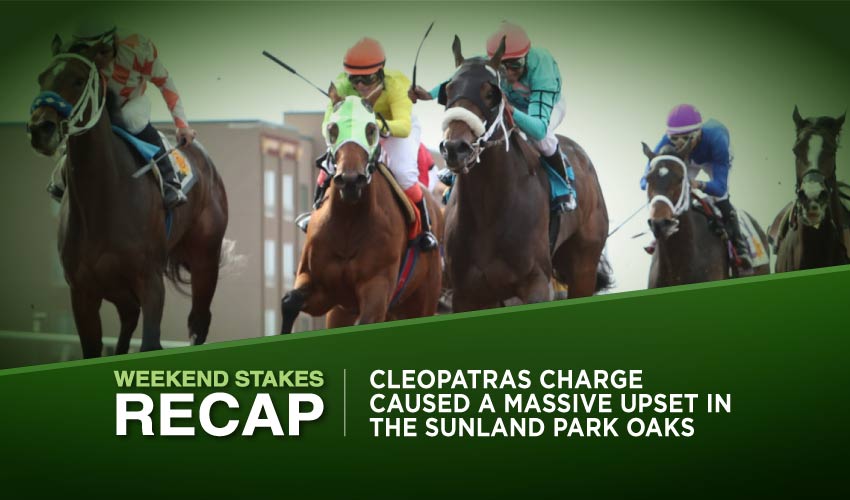 On Sunday, the card at the Sunland Park featured trials for both the Kentucky Derby and Kentucky Oaks, offering winners 50 points toward each Classic race. Cleopatras Charge caused a massive upset in the Sunland Park Oaks at first, using the fact the leaders didn’t sustain the pace, upon which Slow Down Andy managed to hold off Bye Bye Bobby in the G3 Sunland Park Derby.

Fifty points for the Kentucky Oaks had an unexpected receiver in this Listed race for three-year-old fillies who also competed for the purse of $300,000. On the dirt surface, the participants covered the distance of a mile and a half of a furlong; however, the race in itself was highly surreal, resulting in a tight victory of the biggest outsider, Cleopatras Charge (79-1).

As Manorelli (7-1) set a rather quick pace from the beginning, she, together with the fillies following her, had nothing to offer in the final stretch, so Cleopatras Charge, trained by Gary Cross, charged forward from the midfield and scored the race by ¾ of a length in 1:46.33. All Alley (172-5) finished alongside the subsequent victress to grab second in front of third Manorelli.

The last filly to snatch up some points for the Kentucky Oaks was the fourth Tyler’s Dream (223-5), as neither of three anticipated participants impacted the race. Both Optionality (2-5) and Miss Hard Knocks (7-2) tired themselves out by pursuing the leader, while Queen of Thorns (4-5) didn’t get the chance to shine because she lost her rider right at the start.

An upset was also looming over this G3 part of the Road to the Kentucky Derby held over the distance of a mile and a furlong. Three-year-old colts competed for the purse of $500,000 on the dirt surface, while favorite Slow Down Andy (1-5) prevailed only after a fight and by ½ of a length in 1:50.16.

The Doug O’Neill bound chestnut charged for the front in the final turn but idled there, and grey Bye Bye Bobby (21-5) challenged him for a duel, which Slow Down Andy won; however, his rival delivered a great run as well. With a huge gap, outsider Pepper Spray (49-1) came home in third.

Another outsider, Fowler Blue (48-1), earned the remaining five points, but the whole race was mainly about Slow Down Andy, a G2 winner from 2021, expected to strike gold in the Sunland Park Derby.

After settling next to the leader, he took command in the final turn and looked primed to seize a victory. However, Bye Bye Bobby was finishing on the outside, so Mario Gutierrez had to shake up his mount, point him closer the dangerous rival, and in the end, the favourite had to work quite hard to fulfil his role.

Straight Up G (7-10) was perceived as the main threat for Slow Down Andy, but after he set the pace, he weakened subsequently and finished last, while an interesting contestant, Classic Moment (19-5), wasn’t in the race at all and pulled up.