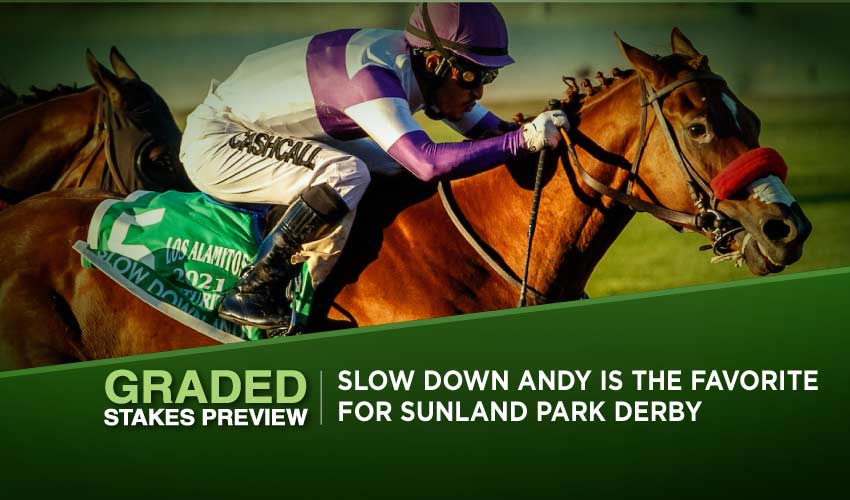 Fifty points for the winner are up for grabs together with the purse of $300,000 in this event open to three-year-old fillies who will cover the distance of a mile and a half of a furlong. On the dirt surface, Optionalit, trained by Steven Asmussen, could fulfil the role of a favorite here as she scored two black-type wins in 2021, upon which he was second in a Listed.

She utterly failed to succeed in the G3 Honeybee Stakes from the front, but Optionality could manage to hold on to the first place until the very end in this competition. Still, we also like Peter Eurton’s Queen of Thorns with only two outings under her belt, but she’s already shown some talent. After bagging her debut in January, she finished a distant second place in the G3 Las Virgenes Stakes.

Although she was really far away from the victress, her effort in the G3 race when running only for the second time in her career could suggest there is something about her.

Miss Hark Knocks is another to consider, given she completed a victorious hattrick in February as she won a maiden at first, upon which she triumphed in a couple of black-type races at the Sunland Park in front of some of her Sunday’s opponents, including Manorelli who shouldn’t be discarded here as well.

Our Sunland Park Oaks betting pick is Miss Hard Knocks, whose most recent victory was quite easy, and she could be classy enough to score this.

Eight three-year-olds will line up for the $500,000 Sunland Park Derby, where the winner obtains 50 points toward the Kentucky Derby. On the distance of a mile and a furlong, Slow Down Andy is the favourite for this G3 dirt race as Doug O’Neill scored the Los Alamitos Futurity in December.

He didn’t draw on that performance in his seasonal debut when finishing only sixth in the G2 Risen Star Stakes, but he had a bad trip back then as he was too eager, turned too wide, and had nothing else to offer in the final stretch. With a more peaceful gallop, he is the leading chance here because none of his rivals has scored at the Graded scene so far.

Straight Up G looks the main threat for the favorite, given he won two black-type races and left behind some of his Sunday’s opponents, namely Bye Bye Bobby, Classic Moment, and Pepper Spray. The latter is also a black-type scored, beating Bye Bye Bobby in January by a neck. Straight Up G should be the most seriously taken from the mentioned favourite’s rivals.

Our Sunland Park Derby top choice is Slow Down Andy, as none of the other participants has displayed the class the favorite did.