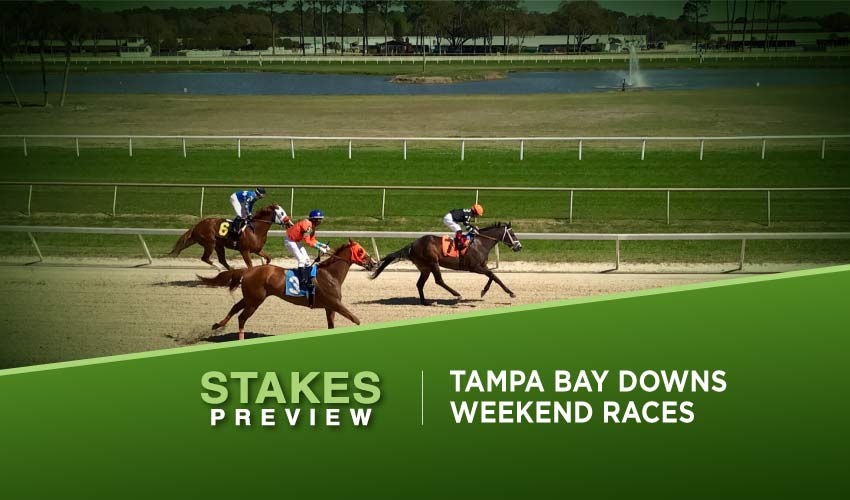 Saturday’s card at Tampa Bay Downs offers a couple of Listed races meant for three-year-old horses, among which a future star could be born. At first, Provocateur could be the best in the Pasco Stakes, and then Strategic Bird needs to prove she handles the distance in the Gasparilla Stakes.

The first of the duo of Listed races are held at the distance of 7 furlongs and open to three-year-old participants. The purse of $125,000 attracted the field of seven colts and geldings who will clash on the dirt surface, while Cattin trained by Ralph E. Nicks has already bagged a black-type victory. Last time out, the Florida-born bay won the six furlong-long Inaugural Stakes at Tampa Bay Downs easily; however, he’s about to face some interesting maiden and Allowance scorers on Saturday. Cyberviking won three of his four outings, including the Allowance race, where he covered 7 furlongs and triumphed easily by four and ¼ of a length.

He definitely looked promising back then, so he’s in the mix here together with Markhamian, winning his first race at the second attempt. He scored easily at the Gulfstream Park track, while it took three outings for Provocateur to finally strike gold among maiden rivals, but he did so in December. Sitting second, the son of Into Mischief then showed a good turn of foot to take command and win by four and ½ of a length under Antonio Gallardo.

Our betting pick for the Pasco Stakes is Provocateur as he looks promising and carries less weight than other considered horses, Cyberviking and Cattin

In terms of three-year-old fillies, this Listed race held on the dirt surface features eight participants who will clash at the distance of 7 furlongs. The purse of $125,000 is up for grabs here as well, while it welcomes, for example, a sovereign winner of a black-type race at the Gulfstream Park, Outfoxed. The William Mott bound dark bay scored two of her three outings, and last time out, she was quite keen; however, when she got to the front, she was able to draw clear on her rivals effortlessly to win by nine and ¼ of a length.

Outfoxed looked the real deal here, but she probably won’t have it easy on Saturday as she hasn’t run since September and is about to face especially Strategic Bird trained by Mark Casse. In two starts, the daughter of Noble Bird achieved two victories, including a tight success in the black-type Sandpiper Stakes. Although she fulfilled the role of a favourite back then, she clung to the first place just by a neck in front of Devine Charger, and as the race was six furlong-long, Saturday’s trip might be too long for her at this stage. But we’ll see how she handles it. Last tom mention is Goddess of Fire trained by Todd Pletcher, who placed third in the G3 Pocahontas Stakes. She was only the fifth last time out, yet she looks capable of big things.

Our top pick for the Gasparilla Stakes is Strategic Bird as the connections speak for themselves, yet the distance is a question.

Follow us on Social Media for Tampa Bay Downs updates!