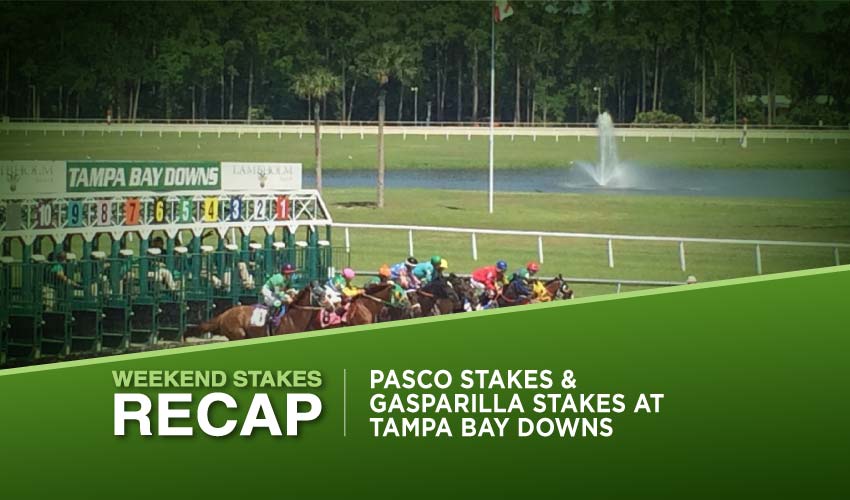 Two interesting Listed races were held at Tampa Bay Downs on Saturday, and even though Todd Pletcher had strong players both in the Pasco Stakes and Gasparilla Stakes, neither of his charges managed to strike gold. At first, Provocateur was bettered by front-running Markhamian in the Pasco Stakes, upon which Strategic Bird had to settle for third among fillies in the Gasparilla as she couldn’t answer to rallying favourite Outfoxed. Here is our Tampa Bay Downs Weekend Recap.

The first of the duo of Listed dirt races was open to three-year-old colts and geldings who competed for the purse of $125,000. It was Markhamian (53-10) and Magical Mousse (12-1) from the inside gates that used their early speed to hit the front right at the beginning and lead the field throughout the 7 furlong-long race; however, they were closed on by some of their rivals in the final turn. Basically, Markhamian held on to his position at the fence while his co-leader was striving to resist Provocateur (21-10), finishing from the outside. In the end, Magical Mousse faltered, and Provocateur looked like a winner in the final stretch at first, but Markhamian trained by Juan Carlos Avila didn’t give up.

Piloted by Marcos Meneses, the son of Social Inclusion dug deep, returned to the first place, and managed to draw clear to score the Listed race by 2 and ½ of a length. Crossing the wire in 1:23.23, Markhamian winning the race wasn’t that surprising as he, with two starts under his belt, bagged a maiden last time out easily; still, more was expected of the second Provocateur. The same applies to preferred Cattin (17-10), who showed a turn-of-foot, yet he came too late and grabbed only third in front of Magical Mousse.

Three-year-old fillies then clashed in the Gasparilla Stakes where the purse of $125,00 was up for grabs, and like colts, the fillies covered the distance of 7 furlongs on dirt here. The Listed race attracted eight participants, with Outfoxed (11-10) and Strategic Bird (19-10) being the duo of favourites, anticipated to take the spoils here. While the former rested at the end of the field, the latter belonged among fillies charged for the front from the start. She settled in third then, and as the participants cruised to the final stretch, Strategic Bird went for the first place. However, it sort of proved subsequently that the distance could’ve been too long for her, for she weakened in the final stage, allowing Outfoxed to strike gold.

The William Mott trained promising filly scored impressively last time out, but she hasn’t shown up since September, yet it didn’t faze Outfoxed in the slightest on Saturday. Led by Samy Camacho, the daughter of Valiant Minister, rallied forward from the end of the field to join Strategic Bird on the lead in the final stretch, upon which she left her behind and won the Listed race in 1:23.37. Goddess of Fire (101-10) also displayed a good turn-of-foot, closing the gap on the winner to just ¾ of a length, leaving Strategic Bird behind in third.