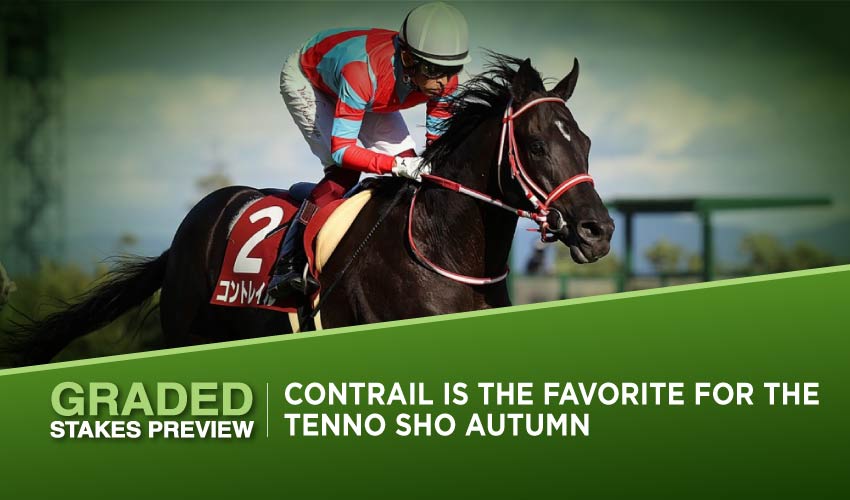 Sunday is the day for one of the most prestigious races in Japan that is often referred to as the first leg of the Autumn Triple Crown open to three-year-old and also older horses. The Tenno Sho has seen victories of such stars as Kitasan Black, Vodka, Buena Vista, or Almond Eye, who scored last two editions. Still, with her being already retired, it seems that great Contrail could follow in her footsteps and shine brightly here. The other two legs of this so-called Autumn Triple Crown are Japan Cup and Arima Kinen.

The much anticipated G1 turf race is open to three-year-old and older horses who clash at the distance of a mile and a quarter, while the purse of 290,800,000 Yen attracted a field of 16 participants. The prestigious event promises a mouth-watering battle between a 2021 Classic winner Efforia (3-1), and last year’s Triple Crown winner, Contrail (3-2), who hasn’t hit the track since April. The four-year-old colt trained by Yoshito Yahagi awed not only the Japanese fans when he drew on his junior G1 victory and scored the 2000 Guineas, Japanese Derby, and also the Japanese St Leger. The consistent son of Deep Impact then suffered his very first defeat when running another massive race in the Japan Cup, yet phenomenal mare Almond Eye bettered him.

Since last year’s November, he showed up only once as he finished third in the Osaka Hai at Hanshin, upon which he’s been resting until this Sunday. If he retains his charm here, he’s the leading victory candidate. Yuichi Shikato’s charge Efforia looks to be the most serious rival for the favourite, given he bagged the Japanese 2000 Guineas by a solid margin of three legs in front of a fresh St Leger winner, Titleholder. When trying to keep the Triple Crown dream alive, he headed into the Japanese Derby, where he was all heart in this end; still, he lost the race to Shahryar by a nose. Being on a hiatus since May, he’s another contestant who needs to cope with a long pause, but the distance suits him well, and Efforia is expected to play an impactful role here.

Five-year-old Gran Alegria (5-2) used to focus on shorter distances, having won even the Sprinters Stakes alongside some remarkable exploits over the mile distance, including the Victoria Mile she scored in May. She tried the middle trip in April when finishing fourth Osaka Hai after she closed on the leaders together with Contrail, but both of them might’ve just abhorred the sloppy track back then. Gran Alegria seems to handle the mile and a quarter well, but she’s no specialist yet. Curren Bouquetd’or (10-1) and World Premiere (18-1) are two of five-year-olds to consider as the former hasn’t won a Grade race, but she’s always close to the winner, in the end, being a very consistent and hard-trying mare. The latter scored the Spring Tenno Sho in May that is run over two miles; however, he has no issues with a shorter trip. The couple isn’t expected to better the favourites, but they should run well.

Our betting pick for the Tenno Sho is Contrail, as, despite the spring defeat, he still poses as one of the best Japanese horses in training.

Follow us on Social Media for instant Tenno Sho updates!