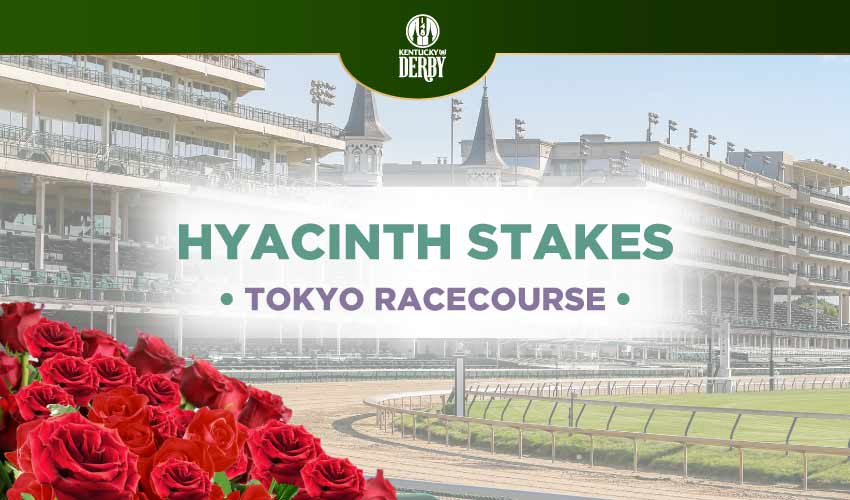 The third part of the Japanese Road to the Kentucky Derby is featured on Sunday’s card at the Tokyo Racecourse, while Combustion and Geraldo Barrows have already amassed some points in their previous outings. Still, anybody can seize the leadership now as 30 points are up for grabs, which will catapult the Hyacinth Stakes winner to the top of the leader board.

With the absence of the winners of previous Japanese Road to the Kentucky Derby races, we can stick with three-year-olds who placed in the events. In Sunday’s Listed dirt race with the purse of 36,650,000 Yen, Combustion and Geraldo Barrows could play a role as both of them should handle the mile distance well.

The former finished second in the Zennippon Nisai Yushun at Kawasaki as he was no match for victorious Dry Stout, but he showed up in a nice form after that, taking the same place in the Listed Hyogo Junior Grand Prix at Sonoda. He could be a lovely three-year-old; however, his team hasn’t nominated him for the Kentucky Derby, unlike the team around Geraldo Barrows that might send the colt over the ocean.

The colt broke his maiden at the third attempt, upon which he was sent to the Cattleya Stakes, the first leg of the Japanese Road to the Kentucky Derby, where he grabbed third place. El Paso finished fifth back then, but when he showed up in 2022, he didn’t achieve a victory as he was bettered by Taisei Drefong.

Regarding contestants who didn’t run in any of the mentioned events, the leading chance seems to be the Koichi Shintani trained colt Crown Pride. With Mirco Demuro aboard, he is primed to maintain his unbeaten record after scoring a Newcomer race in October, upon which he was pretty impressive in the Mochinoki Stakes in November.

The mile and a furlong-long event held at the Hanshin Racecourse resulted basically in a one-horse-show as Crown Pride demolished most of the field, and in the final stretch, his rivals didn’t get a chance with one exception. Back then, Welcome News was getting close inch by inch, and even though he couldn’t run down the victor on that day, considering his class, he shouldn’t be much worse than Crown Pride.

Both of them are expected to deliver something similar as in autumn, while we’re also interested in Good Deal, piloted by Christophe Lemaire. When he won a maiden in November, the colt went on to run down all of his rivals in the Kantsubaki Sho over seven-furlong, where he displayed an eye-catching turn-of-foot.

The last to mention is Blitz Fang with just one outing under his belt; still, he won easily back then despite being considerably green.

Our betting pick for the Hyacinth Stakes is Crown Pride, as his performance in the Mochinoki Stakes caught our eye as he was just in a league of his own, maybe together with Welcome News.

Follow us on Social Media for instant Hyacinth Stakes updates!