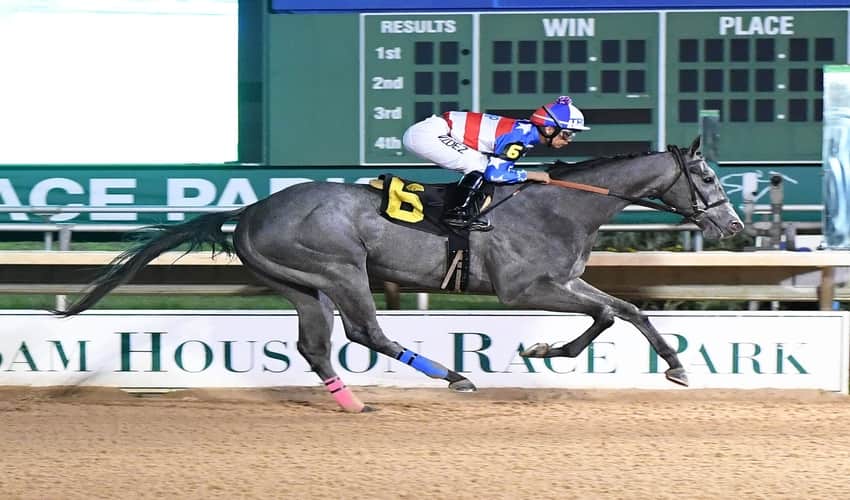 The horse racing community is saddened at the passing of Roy Wayne Cobb, who was the Texas Breeder of the Year in 2019. He passed away on Friday, November 13. A lifelong Palo Pinto County resident, he was 76. He was born on October 16, 1944, in Mineral Wells, Texas. He married the love of his life, Erma Lou Cobb, on September 13, 1963.

Check out their Horses Futures section to find special Racing Odds to Win on the 2021 Kentucky Derby and Triple Crown cycle of races.

Roy Cobb Passes Away at 76

Today’s racing community recognizes the many contributions that Cobb made to the sport. He started his professional career with the Dallas Fire Department, where he worked for 24 years. After that, he started RW Operating, an oil and gas business. His hobbies included fast cars – and race horses. Cobb was the breeder of Mr Money Bags, who was named Texas Horse of the Year in 2019. He also campaigned the gelding of Silver City, who was the Texas three-year-old champion in 2019 and who started 2020 with a win in the Stonderside Sprint Stakes at Sam Houston Race Park.

Roy Cobb also owned a part interest in Kip Deville early in that horse’s racing career. Kip Deville won several top-level winners, including the 2007 Breeders’ Cup Mile (although Cobb had sold his interest by that part). However, his first two major wins came in Texas.

While Kip Deville and Mr Money Bags were the two most well-known horses that Roy Cobb had bred, the sport of horse racing was one that brought him pleasure and joy throughout most of his adult life. Kip Deville ended up as an Eclipse Award finalist for the American Champion Male Turf Horse in 2007. He had to be euthanized in 2010 due to laminitis in both front feet. In his honor, the Kip Deville Stakes now takes place each year at Remington Park, to commemorate both his career and the tragic way in which his life ended.

Roy Cobb is survived by Erma, his wife of 57 years; four children, two grandchildren, two sisters, and many nieces and nephews. The celebration of Cobb’s life took place on November 17 at Oran Cemetery, in Graford, Texas. Donations may go to the Graford Ex-Students Association or the Graford Booster Club.

Give an EDGE to your horse-betting with the help of HORSE RACING TOTE’s expert racing advice. Stay tuned for more special coverage on the upcoming Pegasus World Cup Invitational.