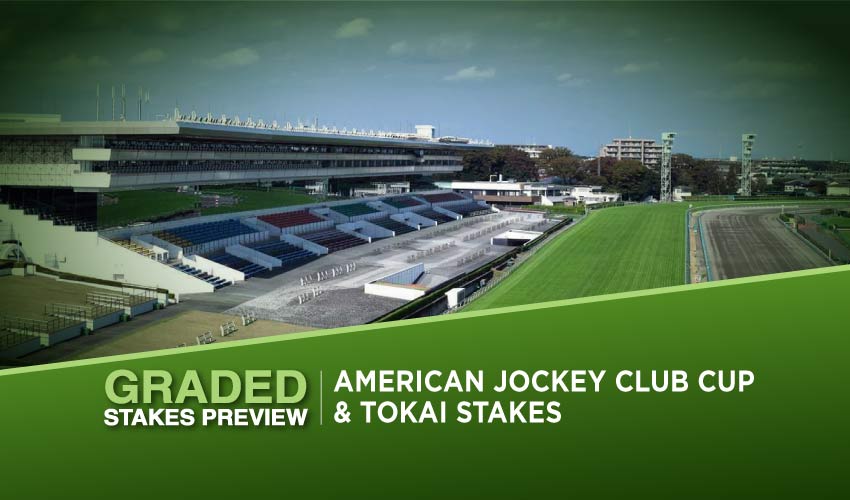 A couple of Sunday’s G2 races in Japan are meant as trials for more prestigious races, namely the Spring Tenno Sho and February Stakes. The possible participants of the first mentioned G1 will line up in the American Jockey Club Cup in Nakayama Race Course

This year’s star could be four-year-old Orthoclase, placed in last year’s St Leger. While this event is held on the turf surface, the TV Tokai Hai Tokai Stakes is run on dirt, while the competitive field could be dominated by Auvergne, attempting to become a back-to-back winner at the Chukyo Racecourse.

The G2 turf race is perceived as the trial for the Spring Tenno Sho. The purse of 119,900,000 Yen attracted a field of 14 four-year-old and older horses who will clash at the distance of a mile and three furlongs on the turf surface with Orthoclase looking the real deal here. With just five starts under his belt, the Takashi Kubota bound colt scored his debut, won the Ivy Stakes, and finished second in the G1 Hopeful Stakes, cementing his position as one of the three-year-olds to really looks forward.

However, he showed up only twice in 2021 as after running in third in the G2 over the distance of a mile and three furlongs; he belonged among the favourites for the Japanese St Leger – Kikuka Sho. Orthoclase spent the race in the midfield and delivered a fine finish in the closing stages; however, the front-running Titleholder was too far away. The son of Epiphaneia had to settle for second place, yet the outing wasn’t disappointing in the slightest, and we should look forward to what this handsome colt might display in the future. It’s possible that Sunday’s distance would be too short for him; moreover, he hasn’t run since October, but he is a victory contender here thanks to his class.

Five-year-old Potager looks to be the main rival for Orthoclase as he’s been a consistent performer for the connections, and after winning a Listed race last year, he gathered two third place in the G2 company. Last time out, he failed to finish in the first three for the very first time; however, taking sixth place in the G1 Tenno Sho behind Efforia wasn’t bad at all. Orthoclase should have the upper hand in terms of class, but let’s see how Potager handles the distance as he’s yet to run over such a trip.

Unlike the mentioned duo, six-year-old King of Koji has already bagged his G2 victory as he won the Meguro Kinen in 2020, but upon taking third place at the G2 scene in October 2020, the horse showed up just twice and failed to impress in both cases. It’s possible he just needed more time to recover and that he’s prepared to shine on Sunday; still, he needs to prove he regained his form. Return to the G2 scene should serve Asamano Itazura for who the absolute elite has been two strong, but in Sunday’s race, he could play a major role. Six-year-old Smile might be the one to rely on regarding the middle of the field as he’s always been a consistent performer, which he also showed on his 2022 reappearance, winning the Geishun Stakes at Nakayama. The last to mention is eight-year-old gelding Danburite who won the American Jockey Club Cup in 2018, but it seems his brightest days are well behind him.

Our betting pick for the American Jockey Club Cup is Orthoclase, as he caught our eyes both basically in all of his outings. He is a Grade winner in the making for sure

The dirt G2 race is also open to four-year-old and older horses aiming at the February Stakes. 16 horses will cover the distance of a mile and a furlong while competing for the purse of 106,420,000 Yen. Six-year-old Auvergne , trained by Masayuki Nishimura, is the leading chance here as he’s basically the only participant experienced with the Graded races, winning this race in particular in 2021. He also scored among the Listed and G3 company, and last time out, he finished a gallant sixth in the G1 Champions Cup in December.

He’s no big star; however, Sunday’s field lacks any more skilled runners, and thus Auvergne looks the right horse here to trust. The rest of the field comprises contestants coming to the G2 race from lower ranks, which applies to both Sunrise Hope and Bullbear Ride , who look to be the main rivals for the favourite. The former trailed home in the Champions Cup after winning the G3 Sirius Stakes, achieving by this his most prestigious win so far. Bullbear Ride finished third in the Sirius Stakes; however, their chances to seize a fine place on Sunday are more or less equal. Something similar applies to Iolite, successful in a Listed race at the end of December.

Some contestants could spring up some surprise as their recent results weren’t that band, namely Great Time who might prefer a slightly longer trip, though, then Suave Aramis and maybe even Gempachi Lucifer. Still, they shouldn’t pose a threat for Auvergne under normal circumstances.

It’s quite obvious that our top pick for the Tokai Stakes is Auvergne to become a back-to-back winner here as neither of his rivals has shown such a class as the six-year-old horses did.

Don’t forget to check our Horse racing odds, racing entries and races results. Sign up to get our daily horse racing news.