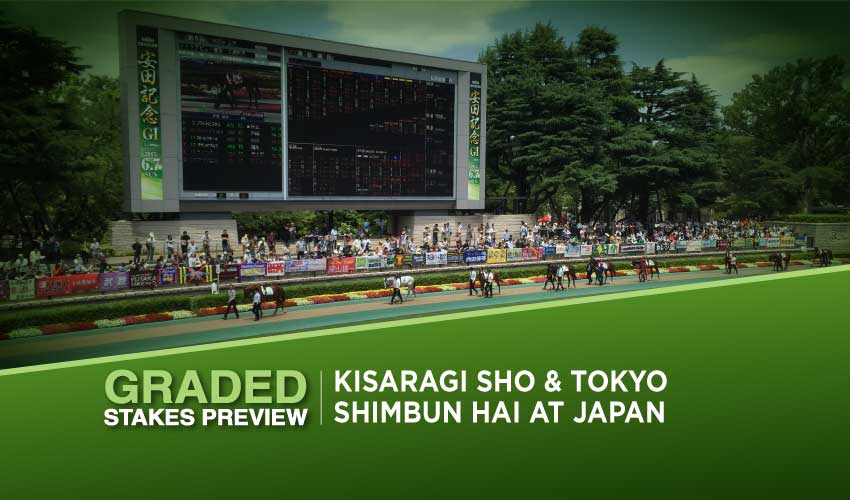 Another weekend, another couple of Japanese G3 races ahead. Three-year-old horses aim at the Kisaragi Sho on Sunday, happening at the Chukyo Racecourse. Older contestants will clash in Tokyo in the Tokyo Shimbun Hai that champs like Indy Champ and Lys Gracieux included in their stellar careers.

The G3 turf event is open only to three-year-old horses who will clash at the distance of a mile and a half. The purse of 76,570,000 Yen attracted a field of 11 participants, including a trio that failed to impress in the G1 Hopeful Stakes. Still, they deserve some respect here as sixth Matenro Leo and eighth Shelby’s Eye run just for the second time back then, and the step-up was too big for them.

Aiming at the G3 race seems logical now as especially Matenro Leo, trainer by Mitsugu Kon, showed a nice turn-of-foot in the final stretch. In this company, he could be the leading victory candidate, but he faces, for example, Ask Wild More who didn’t shine in the Hopeful Stakes as well; however, he ran in second in a G3 behind talented Geoglyph. Tosen Vanno was third back then, while Dante’s Vies finished fourth among the G2 competition behind another promising 2021 youngster, Equinox. Meisho Gekirin then took second in the Kigiku Sho won by Justin Palace, who went on to finish second in the Hopeful Stakes.

Regarding less experienced rivals, both Air Anemoi and Foursquare triumphed in their respective Newcomer races, while the former scored easily by three lengths and suggested he could handle the even more challenging competition.

Our betting pick for the Kisaragi Sho is Matenro Leo, who should use the gained experience from the G1 race and enjoy his first Graded victory here.

Another G3 event of the weekend offers the purse of 78,120,000 Yen for 15 four-year-old and older horses who are about to hit the turf surface and cover the distance of a mile. The competitive field features some contestants with respectable performances under their belts; while they definitely could catch off guard preferred participants; still, we need to focus on the more likely winner here, so let’s start with four-year-old filly Fine Rouge.

She looks the leading chance here due to her great results among the elite. The Tetsuya Kimura bound daughter of Kizuna has run seven times, and only once she didn’t hit the board as otherwise, she finished third in the Japanese 1000 Guineas, second in the G1 Shuka Sho, and bagged two successes at the G3 stage. Fine Rouge’s proven she has no problem with the longer trip, but under Christophe Lemaire, she shouldn’t be bothered by Sunday’s mile distance.

The same could be applied to four-year-old Elusive Panther as he scored three Stakes races in a row, and even though he failed to deliver in last year’s Japanese 2000 Guineas, he seems classy enough to fit among the G3 company. The last to mention is six-year-old Karate, attempting to score the Tokyo Shimbun Hai for the second time.

Our top pick for the Tokyo Shimbun Hai is Fine Rouge. If she repeats her performances from the ones among the elite, she should at least fight for the victory.

Follow us on Social Media for instant Kisaragi Sho updates!