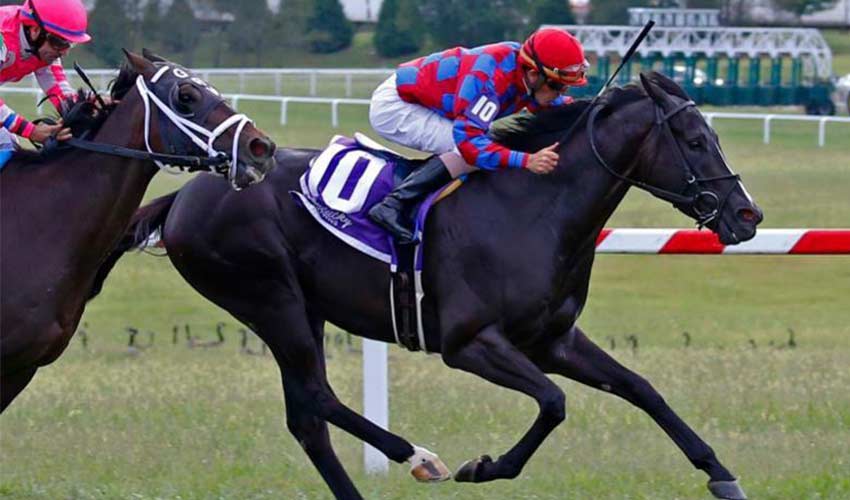 With another weekend of top graded races recap, we are one step closer to the May 1 Kentucky Derby presented by Woodford Reserve (G1).

Last weekend’s racing was focused at Santa Anita Park, Aqueduct Racetrack, and Tampa Bay Downs, and it changed the order of the Road to the 2021 Derby leaderboard.

One of the biggest top graded races recap of the weekend came from Hall of Fame trainer Bob Baffert’s Life Is Good. Owned by WinStar Farm and China Horse Club, the runner scored the San Felipe Stakes (G2) at Santa Anita Park by eight lengths.

Jockey Mike Smith has been aboard Life Is Good in all three of his outings. The runner broke fast from the inside post and drifted through the lane before winning. The victory provided Baffert with his eighth San Felipe victory.

The second-place position was taken by Medina Spirit, also trained by Baffert.

Life Is Good’s win propelled him to second on the Road to the Kentucky Derby leaderboard with 60 points. He is now tied with Greatest Honour in first.

Baffert had a big weekend racing at Santa Anita Park. Along with Life Is Good’s San Felipe win, the trainer’s Beautiful Gift won the $98,000 Santa Ysabel Stakes (G3) to close out the weekend. The Santa Ysabel was the runner’s first start since Oct. 23, when she broke her maiden going a mile at the track.

The 1 1/16-mile event only had five entries, and three of them were from Baffert and two from Michael McCarthy. The number of entries was brought even lower to four when McCarthy’s A Real Hero was scratched.

Moraz finished in second, 2 3/4 lengths ahead of Kalypso in third.

In other exciting top graded races recap; Trainer Mark Casse’s Helium won the 41st edition of the Lambholm South Tampa Bay Derby (G2) at Tampa Bay Downs. The 3-year-old colt had not raced in over four months. This was his first time competing on dirt and around two turns.

Helium’s record improved to a perfect 3-for-3 with the win, and he is all but guaranteed a qualifying position in the Kentucky Derby with 50 qualifying points. Hidden Stash picked up 20 points with his runner-up effort, while Moonlight Strike finished third to take 10.

Chiefswood Stables’ Weyburn upset the field in the Gotham Stakes (G3) at Aqueduct Racetrack on Saturday. Trained by Jimmy Jerkens, the runner went off at 46-1 odds in posting one of the surprises of the weekend racing.

The Gotham was Weyburn’s sophomore and stakes debut, and he skyrocketed up the Derby leaderboard after earning 50 qualifying points.

Jerkens is unsure whether Weyburn will run in the April 3 Wood Memorial Stakes Presented by Resorts World Casino (G2). That is the final local Derby prep offering points on a scale of 100-40-20-10. If he does end up competing, it will be the runner’s two-turn debut.