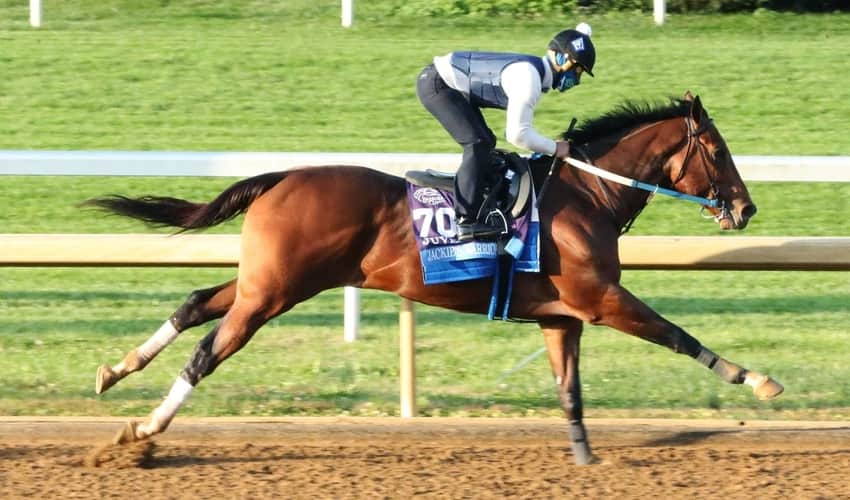 2021 Triple Crown: As we start to turn our attention to the 2021 horse racing calendar, the plan is to return to a normal schedule, which means that the Kentucky Derby would return to the first Saturday in May. So expect Churchill Downs to host the Run for the Roses on May 1. Which two-year-old horses have emerged this year as the top candidates to win at Churchill Downs – as well as the Preakness Stakes and the Belmont Stakes?

Take a look at our picks for three top candidates in the 2021 Triple Crown, but before we do just that, check out some of the latest Odds to Win on upcoming races, courtesy of classic online racebook JazzSports.ag

Winning the Triple Crown takes versatility and luck. The three races in the cycle all run different distances. Reinvestment Risk dominated in his debut race to win by just about eight geared-down lengths against a stout field on August 1. He was the favorite in the Hopeful Stakes (Grade I), but he ended up coming in second to Jackie’s Warrior. He did post a 90 Byer Speed Figure in his first two starts.

Jackie’s Warrior has picked up two impressive wins at Saratoga this year, carrying the Hopeful Stakes (Grade I) and the Saratoga Special (Grade 2). He posted a 95 Beyer Speed Figure at the Hopeful Stakes, a terrific result for a two-year-old horse. This combination of metrics has him as the favorite for the Breeders’ Cup Juvenile.

If you’re looking for a filly to consider, think about Simply Ravishing. She won her debut on turf running away, and then she won the seven-furlong P.G. Johnson Stakes on dirt. With a win in an extended distance on turf and another win on the dirt over a shorter distance, she has shown considerable versatility. That’s the sort of flexibility that comes in handy when chasing horse racing’s biggest trophy. If you’re wondering how fillies have fared historically, there have been three fillies that have won the Kentucky Derby, with Winning Colors pulling off the feat most recently, in 1988. There have only been two fillies that ran in the Kentucky Derby, the Preakness and the Belmont – Winning Colors, along with Genuine Risk, who won the Kentucky Derby in 1980.

Keep coming back during the next few days for betting updates on the upcoming Pegasus World Cup.