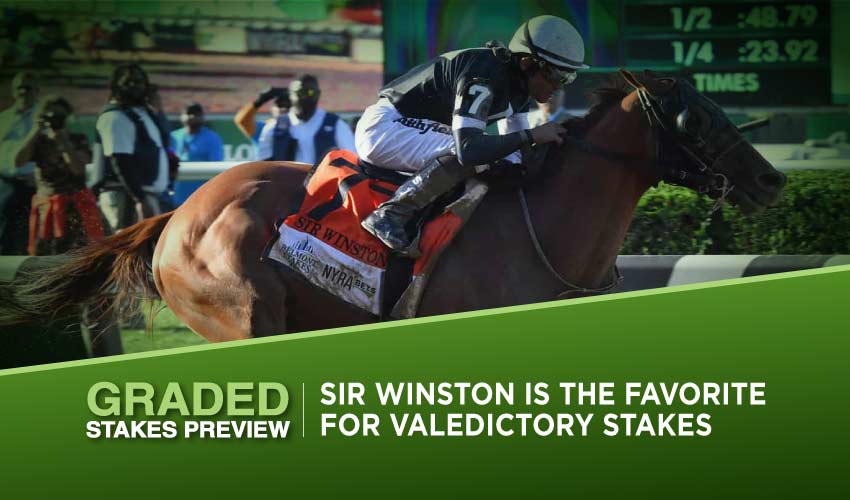 The Californian sun will be shining at Los Alamitos, where the Grade 3 Bayakoa Stakes is the highlight of Sunday’s card. Thousands of miles away, on the other side of the continent Woodbine will shut down for the hard Canadian winter after Sunday’s meeting, when the feature Grade 3 Valedictory Stakes, with a huge field stretching out to a marathon distance, is a fitting way to sign off.

In a race named after a Californian heroine, a mighty mare originally from Argentina who won 13 Grade 1s, including back-to-back runnings of the Breeders’ Cup Distaff in 1989 and 1990, it’s apt that the morning-line favourite for Sunday’s feature at Los Alamitos has already won the race in which Bayakoa began her Grade 1 collection.

These days the Santa Margarita Stakes over a mile-eighth at Santa Anita is a Grade 2, but As Time Goes By won it in top-notch style, leading at every call and drawing right away to win by nine and a quarter lengths, with Harvest Moon (6-1), who hasn’t been seen out since that late April day and may well need the run to shake off some rust, a further two and a quarter lengths back in third.

A month later As Time Goes By added the Grade 2 Santa Maria to her haul, but since then she has been beaten four times, latterly in that mess of a race for the Breeders’ Cup Distaff, when she raced too close to the suicidal pace set by Private Mission and faded to finish eighth; that one’s a throw-out.

On her previous start As Time Goes By was a clear second best in the Grade 2 Zenyatta, again at Santa Anita, with Stellar Sound four and a half lengths back in fourth, and the daughter of American Pharoah has very strong credentials now down in class. The lightly raced Stellar Sound was third when favourite for the Bayakoa Stakes 12 months ago, but has never won above allowance optional claimer level and is zero-for-six in stakes company.

Trainer Richard Mandella, who won the Bayakoa in 2017 with Majestic Heat, sends Moonlight D’Oro to the gate for her second start after a nine-month layoff with a knee chip. She won the Grade 3 Las Virgenes at Santa Anita in February, and was having her first run back when turning in a sharp performance to be runner-up in a short-field stakes at Del Mar a month ago. She should step up again and has plenty of scope for improvement after just five runs.

At the other end of the spectrum is Warren’s Showtime, who is having her 24th start and has been mixing it up on turf and dirt, winning the Grade 3 Wilshire over a mile on the weeds at Santa Anita in June. She’s hit the board in her last 15 and such incredible consistency means she mustn’t be ignored, but she does seem to do better on turf.

Graded-stakes debutante Bye Bye Bertie is at shorter odds than her record might suggest given that she’s zero-for-two in stakes, although she won well in an allowance optional claimer over a mile at Santa Anita latest and there’s always a first time. Del Mar maiden winner Lisette was beaten more than 15 lengths when fourth in the Grade 3 Torrey Pines at the same venue in August, and this looks too tough a spot.

The solid Graded-stakes form of AS TIME GOES BY makes her a worthy morning-line favourite for the Bayakoa Stakes, and she rates the stand-out choice now dropped in class.

A big field goes forward for the Valedictory Stakes at Woodbine on Sunday, but the race is not as competitive as first glance might indicate. Only four horses are quoted at single-figure odds on the morning line, giving the feature event of the last meeting of the year at Woodbine a lopsided feel.

Two of that quartet are trained by Mark Casse, with the favoured Sir Winston leading the way after three solid efforts at the Toronto track, victory in an allowance optional claimer being followed by second place in both the Grade 3 Durham Cup and Grade 3 Autumn, all over a mile-sixteenth. The 2019 Belmont Stakes winner has proved his ability over today’s marathon distance, an advantage he holds over barnmates Frosted Over, comfortable winner of the Grade 3 Ontario Derby over a mile-eighth last time out, and Win D’Oro, who makes his stakes debut today.

Trainer Kevin Attard has won the Valedictory three times in the last five years and puts two in the gate. Burning Man makes his stakes debut, but Special Forces has hit the board in his last 13 races and got the verdict over Sir Winston in the Durham Cup by a half-length, before finishing a length behind that horse in the Autumn three weeks ago. The pair are evidently closely matched but Sir Winston’s stamina is the ace up his sleeve.

The final horse at single-figure odds is War Bomber, who is four-for-seven lifetime, on the upgrade, and got home in a desperate finish to an allowance optional claimer here over a mile-eighth three weeks ago. He had three-quarters of a length to spare over runner-up Sir Sahib with heads separating Burning Man in fourth and English Conqueror in sixth, with Theregoesjojo not beaten much further in ninth.

English Conqueror had previously been fourth in the Grade 1 Canadian International over course and distance, but that was a modest renewal of the great race and he was beaten 11 lengths, although his experience of this marathon distance may stand him in good stead.

The remainder of the field are longshots more at home in much lesser grade, such as Shangassah, who is on a nine-race losing streak and had Collective Force three lengths back in sixth when runner-up in a ten-furlong allowance two starts ago.

Trainers Mark Casse and Kevin Attard appear to have the Valedictory Stakes between them, with the proven stamina of the former’s SIR WINSTON giving him preference.