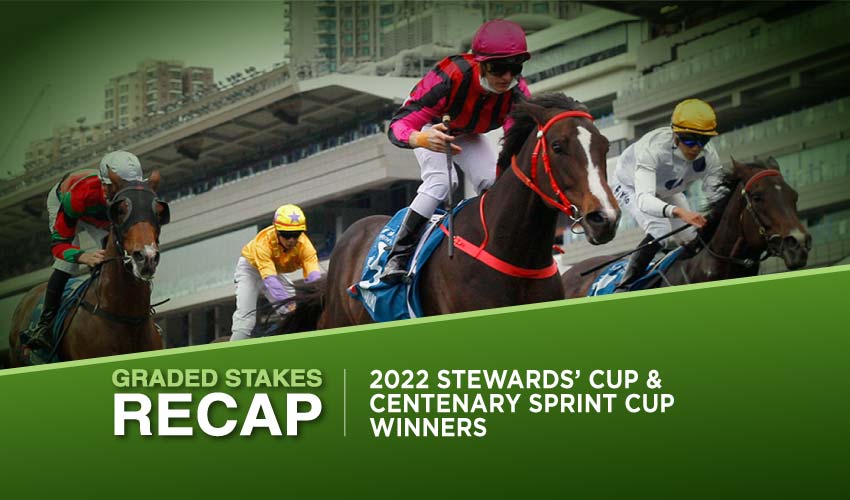 Like in Japan, the main races held in Hong Kong on Sunday didn’t go well for the favorites. At the Sha Tin Racecourse, Stronger surprised all of his rivals in the Centenary Sprint Cup and delivered the most significant success of his career.

In the Stewards’ Cup, seven-year-old Waikuku fully used that preferred Golden Sixty had a bad draw and poor trip and scored the race, leaving Golden Sixty behind and preventing him from recording the 17th consecutive victory.

The G1 turf race was run for the purse of 12,000,000 HKD and open to four-year-old and older sprinters who competed at the distance of 6 furlongs. 42 days after bagging the Hong Kong Sprint Cup, Sky Field (31-10) was primed to score another big race; however, there was a rival sticking to him since the beginning of Sunday’s event – Stronger (17-1).

The chestnut showed nothing of interest in December and thus was slightly overlooked for the Centenary Sprint Cup, but he travelled smoothly alongside Sky Field at the rear of the field, waiting for the final turn to launch the attack. Vincent Ho aboard cunningly let Stronger push Sky Field wider and wider, so once the couple rallied forward in the final stretch and left the rest of their rivals behind, Stronger remained stronger then, probably also thanks to the mentioned manoeuvre. Sky Field simply gave away some lengths in the final turn, and even though he fought bravely in the closing stages, Stronger kept him at bay until the very end.

Bagging his first G1 victory, the five-year-old chestnut trained by Douglas White crossed the wire in 1m 8.78s, ahead of second Sky Field. Veteran Hot King Prawn (67-10) once again showed his big heart in the Centenary Sprint Cup, and even though he failed to become the back-to-back winner here, he recovered from the lack of space of the final stretch and rallied on the outside. He came too late to threaten the first duo; still, seizing third place after such a trip deserves some recognition.

On Sunday, this one-mile long G1 turf race brought an even bigger surprise as six-year-old Golden Sixty (1-100) suffered his only second loss throughout his career. The champion of Hong Kong was attempting not only his second victory in the 12,000,000 HKD Stewards’ Cup open to four-year-old and older horses but also recording his 17th consecutive win, thus breaking the local records. However, the K W Lui bound horse faced a tough draw, and the race simply began poorly for him as he trailed quite far away from the front, and when he tried to apply his powerful turn-of-foot in the final stretch, he managed only second place. Still, he delivered a good effort when trying to catch seven-year-old Waikuku (145-10).

Another Hong Kong star, the John Size’s trainee has bettered Golden Sixty for the first time here, bagging his third G1 triumph by ¾ of a length in 1m 34.82s. Behind Golden Sixty, the third Russian Emperor (24-1) more or less confirmed an increase in his form.

Follow us on Social Media for Stewards’ Cup updates!