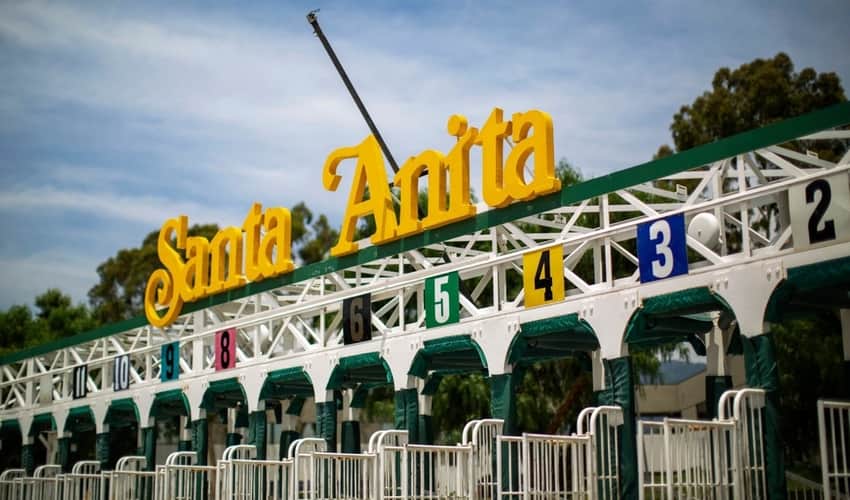 While the Triple Crown is the horse racing event in the United States that gets the most publicity, the Breeders’ Cup in early November is actually the sport’s biggest event each year. At Santa Anita Park this weekend, horse racing enthusiasts (and bettors in the sport) are preparing for a set of major graded stakes over two days that could significantly influence the field at some of the Breeders’ Cup races.

Before we continue, check out the latest betting odds on the Breeders’ Cup Distaff, courtesy of JazzSports.ag

This race is a Grade II tilt for thoroughbreds at least three years of age. They will run on the turf for 5 ½ furlongs. This unusually short distance is designed to let the sprinters show what they have. To win this race, you need to be able to burn hot right from the beginning and hold it all the way.

There will be seven horses in the Eddie D. this year, and the one with the target on his back will likely be El Tigre Terrible. He drew the #6 post and will have Flavian Pratt on board. This three-year-old has Peter Miller as his trainer and won the Real Good Deal Stakes (ungraded) at Del Mar on a dirt track on July 31. That race measured seven furlongs, and El Tigre Terrible won in 1:24.28.

Sparky Ville, trained by Jeff Bonde, is the other top entrant to keep an eye on. He is four years old and had a disappointing outing in his last race, coming in sixth at the Green Flash Handicap (Grade III) at Del Mar, with Mike Smith on board.

This Grade I stakes still has an open entry list, with seven probable horses at this writing. Thoroughbreds three years of age and older are allowed to enter. This race will last 1 1/8 miles and will take place on the dirt track. Bob Baffert’s horse Maximum Security has won six races in a row; changing trainers seems to have lit a fire under this horse. Luis Saez is expected to ride him. His biggest win this season has been the Pacific Classic (Grade I), when he finished 1 ¼ miles at Del Mar on the dirt track in 2:01.24. He has 12 career races dating back to 2018, with 10 wins. One of those two losses came via disqualification, of course, at the 2019 Kentucky Derby.

Improbable, another Bob Baffert horse, has won two races in a row and has finished in the money in four of his last six races. He is a four-year old colt who won the Hollywood Gold Cup (Grade I) in June at Santa Anita and followed it up by winning the Whitney Stakes (Grade I) at Saratoga Race Course in August, running 1 1/8 miles on dirt in 1:48.65. Looking to fill out your trifecta? Look at Sharp Samurai, who was the runner-up at that Pacific Classic.

Give an EDGE to your horse betting with the aid of Horse Racing Tote’s expert advice.