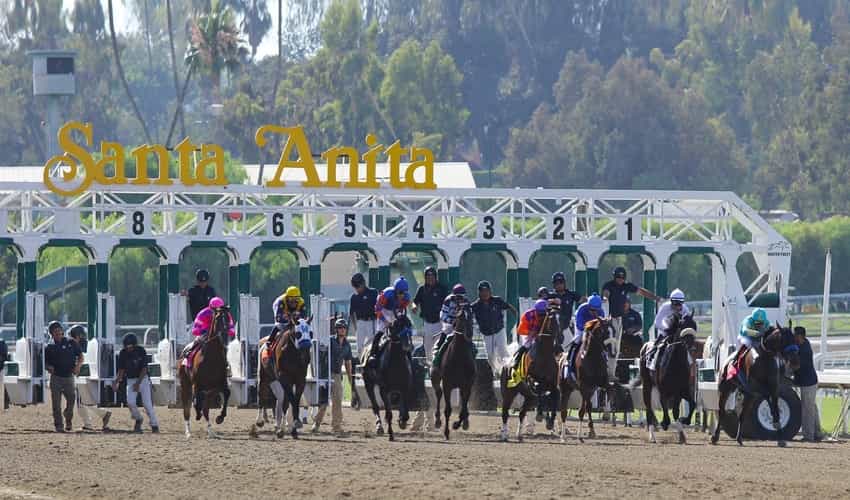 The action is light in the horse racing community this weekend as we move within a few weeks of the Breeders’ Cup Championships on November 6-7 and Keeneland Race Course. This weekend, Saturday features the Senator Ken Maddy Stakes at Santa Anita Park, while Sunday brings the Athenia Stakes from Belmont Park and the Goldikova Stakes from Santa Anita.

Take a look at our thoughts on these upcoming races and check out the latest horse betting odds provided by our friends at JazzSports.ag

Magic at Midnight has won all four of the races she has started – by a combined 25 ½ lengths. Now she makes her debut in a graded stakes, with her top competition coming from Jo Jo Air, who has already won multiple stakes races. Magic at Midnight is the four-year-old daughter of Midnight Lute; in her grass debut, she won a five-furlong turf allowance on August 14 at Del Mar, pulling away by 2 ¾ lengths. Jo Jo Air will enter her 13th race at nine different tracks, but all of her events have been turf sprints. She was the heavy favorite in a five-furlong stakes on October 1 at Pimlico but was beaten handily.

Her last win came at Del Mar in the Daiseycutter on July 24. In that race, Flavien Prat was on board, and he will ride her on  Saturday. An Eddie Surprise is the biggest money winner in this field, but she’s had a long break after winning the Wishing Well Stakes at Santa Anita on February 17, over 5 ½ furlongs on this same turf course. This is a course she loves – all five of her career victories have taken place here.

The top horse in this field, by HRN rating, would be Feel Glorious, with a 5.34 score. She did not fare well in the Noble Damsel Stakes (Grade III) at Belmont on September 26. She did win the ungraded Perfect Sting Stakes on August 14 at Saratoga. That race went 1 1/6 miles on turf, and she won with a time of 1:42.09. The field in this race is still taking shape, with posts and odds yet to be drawn.

The top two prospects in this race are Maxim Rate and Raymundos Secret. They both raced against Lady Prancealot; Raymundos Secret beat her by a neck to win the John C. Mabee Stakes (Grade II) at Del Mar, and Maxim Rate took second place a length ahead of her at the Rodeo Drive Stakes (Grade I) at Santa Anita. Odds have not yet been released, but Raymundos Secret is the likely starting favorite thanks to the Mabee as well as another allowance won at Del Mar back in August. She has won five races in seven starts, with the Mabee win her first in a graded stakes. At the Mabee, she led from wire to wire, posting fractions of :48.60 and 1:12.52.

Give an EDGE to your SENATOR MADDY horse-betting with the help of Horse Racing Tote’s expert racing advice. Until Next Time!