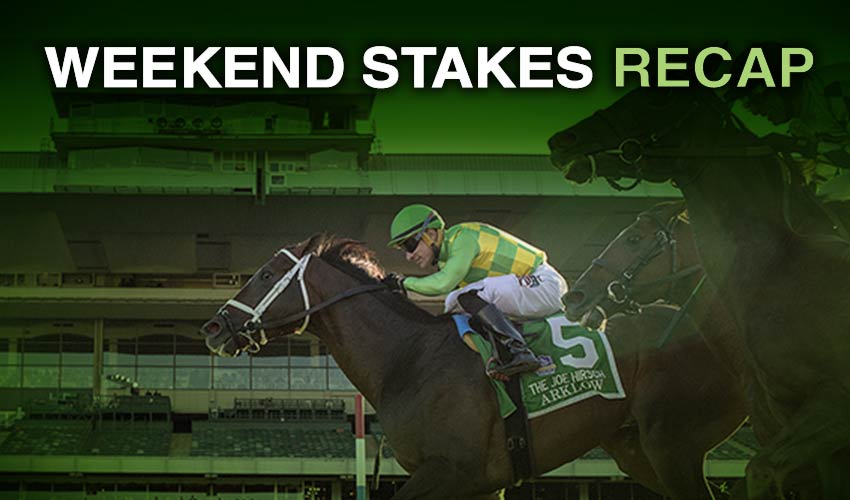 Graded Races Recap: It was a thrilling weekend of racing action around the United States, with a number of huge graded contests taking place. Below, you will be able to find all the results for the featured races this past weekend.

The most lucrative prize on offer aside from the Preakness Stakes this past weekend came in the form of the Grade 2 Dinner Party Stakes at Pimlico on Saturday. Somelikeithotbrown was the horse that was able to get his nose in front to win the race as he finished a length clear of Talk Or Listen. The five-year-old trained by Michael Maker was the strongest finisher in the race; while Midnight Tea time finished back in third.

The Grade 3 Chick Lang Stakes at Pimlico on Saturday was won in a time of 1:09.74 by Mighty Mischief. Steven Asmussen trains this three-year-old; and he finished in decent fashion to win by one and a quarter lengths from Jaxon Traveler. The win was a first Graded success for Mighty Mischief. Hemp finished back in third, but Asmussen would have been delighted with a one-two in the Grade 2.

There was also graded action at Churchill Downs this past weekend in the form of the Louisville Stakes. The Grade 3 was eventually won by Arklow for trainer Brad Cox in a time of 2:27.13. The seven-year-old finished a length clear of Red Knight, while Strong Tide was a further length back in third over the 1 ½ mile trip.

Mean Mary was one of the shortest-priced winners of the day at Pimlico on Saturday; as she won by half a length from Vigilantes Way to win the Gallorette Stakes. It was a competitive renewal of the Grade 3 contest, with the whole field finishing just over four lengths apart. However, Mean Mary had the conditioning to get the win, and it will be interesting to see where the five-year-old heads next.

One of the performances of the day on Saturday came from Special Reserve, who won by a length and a quarter to claim the Maryland Sprint Match Series Stakes. The five-year-old was a commanding horse in the betting and managed to outlast favorite Strike Power to win the renewal. It was the perfect response by the Maker-trained horse, as he avenged the second-place finish he achieved behind Flagstaff last time out.

Belmont Park also had graded action on Saturday, as it was Bye Bye that claimed victory in the Soaring Softly Stakes. It was a compelling end to the contest, as the three-year-old was able to get the win from Invincible Gal by a neck. Candace O was also a near third in the competitive contest, as she finished a further half-length back.

The Chosen Vron was in excellent form at Santa Anita on Saturday, as the clear favorite in the betting won by three and a half lengths in the Lazaro Barrera Stakes. The three-year-old relished the speedy track at Santa Anita and finished in a time of 1:16.28. Laurel River finished third, while Wipe The Slate was ten lengths behind second in third.

Follow us on Social Media for instant Graded Races Recap!