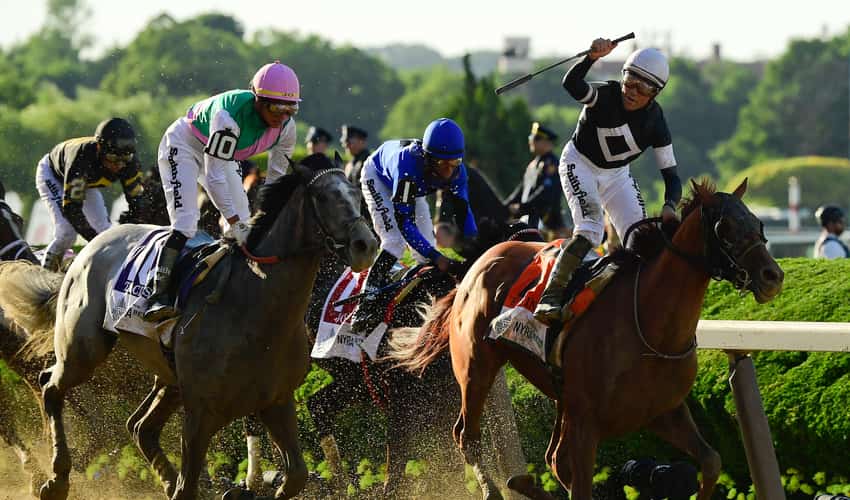 This weekend is set to see many big races with some of the top runners in the sport. The most anticipated of these races is the Risen Star Stakes (G2), a Kentucky Derby qualifier offering points on a 10-4-2-1 scale.

Here’s a look at the big stakes races this weekend:

The $200,000 Mineshaft Stakes is open to 4-year-olds and up. The event covers 1 1/16 miles.
The field of seven includes big names like the Brad Cox-trained Wells Bayou, who is coming off a third-place finish in the Louisiana Stakes (G2) at the track. Sonneman, trained by Hall of Fame Steve Asmussen, and Godolphin’s Maxfield are some other top names in the field.

The Frosted filly is making her first start as a sophomore after winning two of three races in 2020. Her biggest rivals coming into the race include Stonestreet Stables’ homebred Clairiere and Live Oak Plantation’s Souper Sensational.

The most anticipated race of the weekend, the $400,000 Risen Star Stakes offers qualifying points into the Kentucky Derby. The highly competitive field of 13 is led by names like Juddmonte Farms’ Mandaloun, who finished third in the Jan. 16 Lecomte Stakes (G3).

The highlight race on Saturday’s Santa Anita card, the $200,000 Santa Monica Stakes (G2) is open to 4-year-old and up fillies and mares. The race covers seven furlongs and is led by Godolphin’s Fair Maiden, a 4-year-old Street Boss filly.

She is looking to prove that her longshot victory in the La Brea Stakes (G1) was not a fluke. She went into that race at 20-1 odds before taking a 2 1/4-length victory.

The $250,000 Runhappy Barbara Fritchie Stakes (G3) is an event for 4-year-old and up fillies and mares that covers seven furlongs. The highlight race on Saturday’s Laurel Park card will see Hello Beautiful looking for her first graded stakes win.

The runner has an impressive record of 7-2-1 from 13 starts, and she is coming off a victory in the Jan. 16 What A Summer Stakes (Black Type) at Laurel Park.

The $250,000 General’s Stakes closes out the stakes races on Laurel Park’s card. The event for 4-year-olds and up runs seven furlongs, and the field of 10 is set to include runners like Hillside Equestrian Meadows’ Laki.

The 8-year-old gelding from Cuba has an extensive career record with 10 wins, seven seconds, and five thirds. He is coming off a fourth-place run in the Jan. 16 Fire Plug Stakes (Black Type) at the track.

Follow us on Social Media for instant Stakes Races updates!