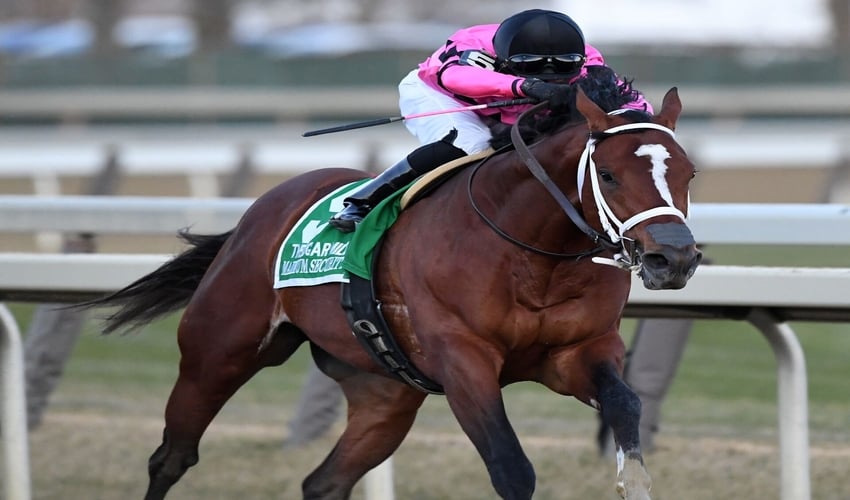 Take a look at your choices and our thoughts on each race before you lock your bets at JazzSports.ag

Maximum Security maintained his favorite status in his fifth workout at Del Mar since July 11, rolling through seven furlongs in just 1:25.40, after interim fractions of :48.60 and 1:00. That’s not full speed, of course, but enough to show the potential to roll to a win.

Higher Power had interim fractions of :36.20 and 1:00.20. Mirinaque comes in from Argentina for the race. He has raced in three Grade I stakes in Argentina, all between November 2019 and March 2020. He won the first race and finished as runner-up in the other two. All three of those races were at a distance of at least 1 ¼ miles.

Weekend handicapping: The winner of this race gets an automatic entry into the Longines Breeders’ Cup (Grade I) in November. United almost won that race last year, finishing within a head of Bricks and Mortar. In 2020, United has won all three of his starts, all on turf in Grade II competition in southern California.

Combatant offers a lot of value despite being the only horse in this field to have won a Grade I stakes, at the Santa Anita Handicap in March, on dirt. He has not won in any of his eight races on turf, but he did put in a four-furlong fraction of :49 here, and his trainer, John Sadler, has two wins in this race, in 2011 and 2013.

Red King won his last race by 4 ¼ lengths, dominating the San Juan Capistrano Stakes (Grade III) at Santa Anita Park. His jockey, Umberto Rispoli, leads the Del Mar jockey standings through August 17, and his trainer, Phil D’Amato, has had the winning horse here in five of the last six years.

The winner of this race gets an automatic entry in the Grade I Breeders’ Cup Mile at Keeneland in November. Got Stormy is looking to repeat as a winner for the first time since Wise Dan did it in 2012-13. In 2019, Got Stormy won this race by 2 ½ lengths, becoming the first filly to win this race – and while posting a 109 Beyer Speed Figure and setting a course record with a 1:32 flat. She finished second to Uni at the Grade I Breeders’ Cup Mile but then finished 2019 by winning at Del Mar in the Matriarch (Grade I), also comes in without a win in her last four races. Came in fourth, 3 ½ lengths back, at the Poker (Grade III) over a mile at Belmont Park.

Raging Bull won the Shoemaker Mile (Grade I) at Santa Anita two starts ago and then came in third at the Makers Mark Mile (Grade I) at Keeneland, but his jockey carried him wide going into the turn. He was the runner-up in the Fourstardave a year ago, and this would be his third win in a graded stakes if he can pull off the favorite status.