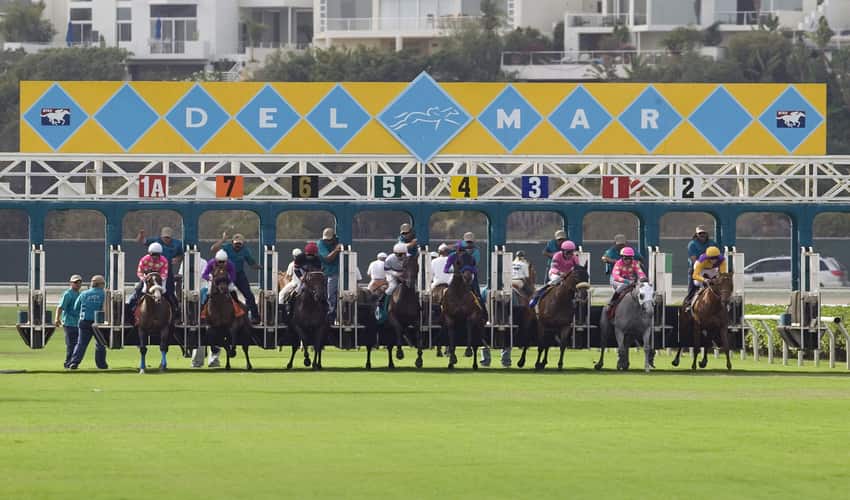 The horse racing schedule is heating back up, with the Native Diver Stakes set for Saturday at Del Mar. It’s a Grade III event, the biggest stakes of the weekend. It’s a busy weekend at Woodbine, with races set for Saturday and Sunday, and Churchill Downs and Aqueduct also have races going on Saturday. Let’s take a look at the Native Diver Stakes and the rest of the calendar.

Horse Betting Tip! Once you finish making up your mind on your weekend betting picks, make sure to pay a visit to classic online racebook JazzSports.ag.

Register today and get access to fresh betting odds on all major daily races, and put your own Future Bets on the 2021 Triple Crown circuit.

As we consider the weekend race card, Midcourt looks to make it back-to-back victories at the Native Diver Stakes. Last year, Midcourt led wire to wire over 1 1/8 miles. He finished third at the Awesome Again Stakes (Grade I) at Santa Anita on September 26, behind Improbable and Maximum Security. He was one of the horses considered for the Breeders’ Cup Classic and the Breeders’ Cup Dirt Mile, but his ownership decided to keep him in California.

One of John Shirreff’s trainees, Midcourt won the San Pasqual Stakes (Grade II) in February, and he finished second at the San Diego Stakes (Grade II) by a nose. His Brisnet Speed rating at the Awesome Again Stakes was 103, by far the top figure in this field.

More about the Horses

Extra Hope put up a career-best 100 Speed rating at an allowance race at Santa Anita on September 26. He was the runner-up in last year’s Native Diver Stakes before taking nine months off from training. This will be his third start since that time off.

Royal Ship, a Brazilian horse with a Group 1 victory on his resume, placed third and sixth in graded stakes on turf in his two starts in the United States, but he will move to the main track this time.

Combatant was the favorite at the Tokyo City Stakes (Grade III) on September 27 but came in third.

Stellar Sound won an allowance by seven lengths in her first race for Michael McCarthy and will race up to go against older males. She is a daughter of Tapit and came in third at the Las Virgenes (Grade II) in February, her last start with Bob Baffert.

Other racing opportunities for the weekend include:

Give an EDGE to your horse-betting with the help of HORSE RACING TOTE’s expert racing advice. Stay tuned for more special content on the upcoming Pegasus Invitational & Triple Crown races.