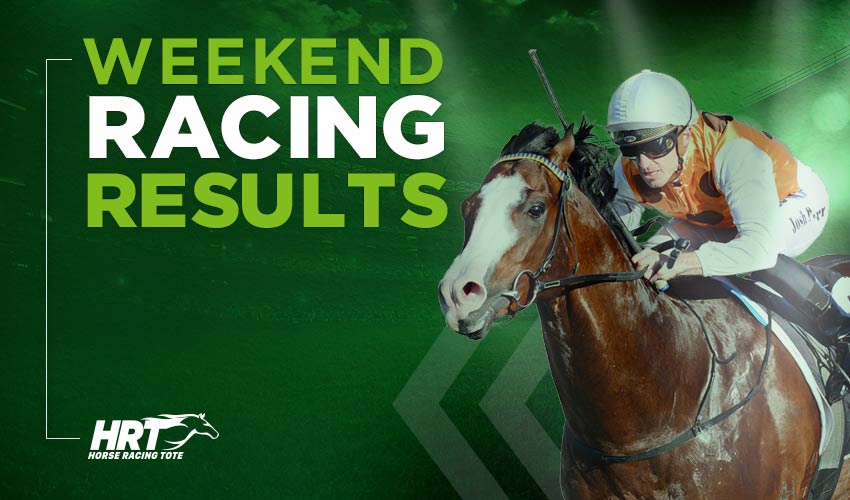 This past weekend saw many great stakes racing taking place, especially at Gulfstream Park, which was highlighted by the Grade 2 Fountain of Youth Stakes. The weekend of racing also resulted in a new 2021 Road to the Kentucky Derby leaderboard as qualifying points were awarded in multiple events.

Here is a weekend recap of the top races:

The most anticipated racing of the weekend came with Saturday’s $300,000 Fasig-Tipton Fountain of Youth Stakes (G2) at Gulfstream Park, which was open to 3-year-olds and covered 1 1/16 miles. The event awarded Derby qualifying points on a 50-20-10-5 scale.

Greatest Honour, a son of Tapit, looked as if he would finish in the back as he ran eighth with just three furlongs left. Papetu, an 18-1 longshot, was outrunning the even-money favorite. Greatest Honour kicked forward in the stretch and ran down the frontrunning Drain the Clock to win by 1 1/2 lengths.

The second-place spot was taken by Drain the Clock, followed by Papetu in third and Tarantino in fourth.

The big weekend racing event at Oaklawn Park on Saturday was the Southwest Stakes (G3) for 3-year-olds, which finally ran following multiple delays. Registering a career-high Speed Figure of 96, the Brad Cox-trained Essential Quality won the event by 4 1/4 lengths.

Another Derby contender, Spielberg, finished second in the Southwest, followed by multiple grade 1 winner Jackie’s Warrior 4 1/4 lengths behind in third.

One of big weekend racing events was on Sunday with the $250,000 Bayakoa Stakes (G3) at Oaklawn Park. Trainer Brad Cox had another victory with two-time champion Monomoy Girl. That followed his success with Essential Quality in the Southwest just a day prior.

In her seasonal debut, Monomoy Girl finished two lengths ahead of Our Super Freak. The 6-year-old Tapizar mare ran 1 1/16 miles on a sloppy track in 1:45.92.

The other notable race on Sunday was the $150,000 Downthedustyroad Breeders’ Stakes at Oaklawn Park. It was a big weekend for trainer Brad Cox. He built on his success when his trainee, 4-year-old The Mary Rose, drove late to win the event.

The Macho Uno mare came into the race following a Jan. 30 allowance victory at the track, and despite breaking slow and running seventh on the outside, she was able to outrun the field and earn stakes honors.

Another weekend racing event was the $150,000 Dixie Belle Stakes for 3-year-old fillies. The race was postponed multiple times before finally running Sunday at Oaklawn Park. Trained by Larry Jones, the lightly-raced Windmill had a lot of time to prepare for the six-furlong event following a Jan. 23 maiden victory.

Coming in as the 2-1 second choice, she finished a length ahead of Goin’ Good in second. Abrogate followed another length back in third.

Make sure to check Horse Racing Tote for the latest weekend horse racing events news and race results at JazzSports.ag