OVER THE WEEKEND RACING RESULTS 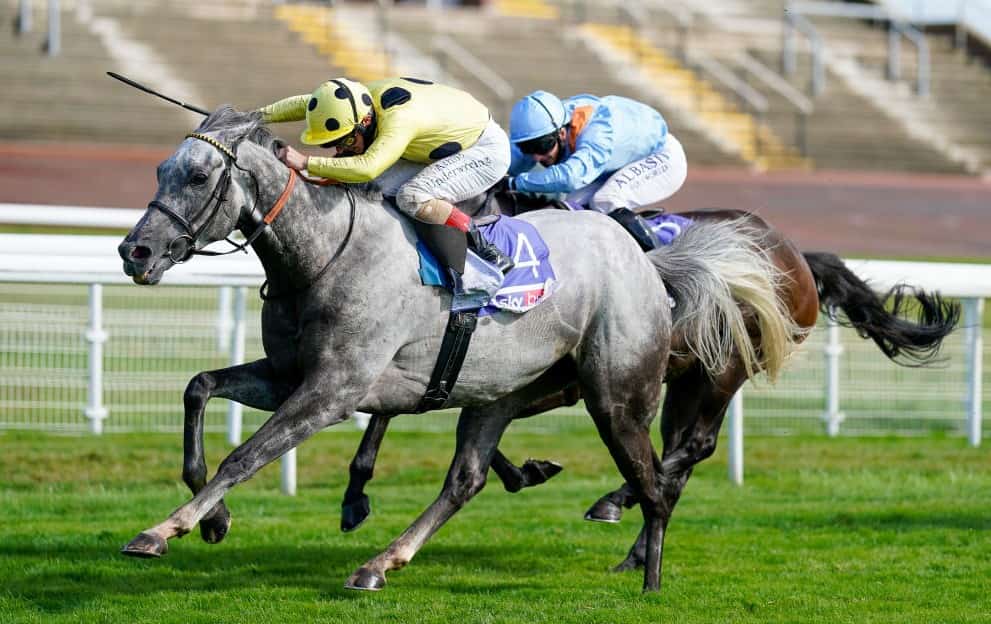 Over the weekend racing results: Many top races ran over the weekend at tracks like Gulfstream Park, Tampa Bay Downs, and Santa Anita Park, including two Road to the Derby qualifying races. Some of the biggest racing names going into the weekend were Concert Tour, Capo Kane, La Signare, Nova Rags, and Moonlight d’Oro.

Let’s first look at the Road to the Derby qualifying races:

The two qualifying races for the Kentucky Derby, each awarding the top four finishers qualifying points on a 10-4-2-1 scale, were the Withers Stakes and Sam. F. Davis Stakes.

Trained by Chad Brown, the son of Medaglia d’Oro is now 2-for-2 at the two-turn, 1 1/8 mile distance.
The runner won by 3 3/4 lengths after taking a strong lead in the stretch, holding off Overtook (+600). With his victory, the colt now enters the Kentucky Derby contender list.

Candy Man Rocket won the 1 1/16-mile race by a length after showing no problems stretching out to the distance. He was coming off a dominant win in a maiden race on Jan. 9 at Gulfstream Park.

Other Racing Results over the Weekend

There were a few other big races over the weekend, like the $200,000 San Vicente Stakes (G2) at Santa Anita Park. Gary and Mary West’s Concert Tour (+160) was able to overcome stablemate Freedom Fighter (+250) to win by a half-length.

The seven-furlong race was the Bob Baffert-trained Concert Tour’s second win in two starts. The San Vicente serves as a crucial race for runners looking to get on the Triple Crown trail.

Masteroffoxhounds (+250) scored his first graded stakes victory in Saturday’s $200,500 San Marco Stakes (G2T) at Santa Anita Park. The 4-year-old son of War Front stumbled at the start but recovered to run past the favorite Acclimate (+200) in the 1 1/4-mile race. His record now sits at 3-1-1 from nine starts.