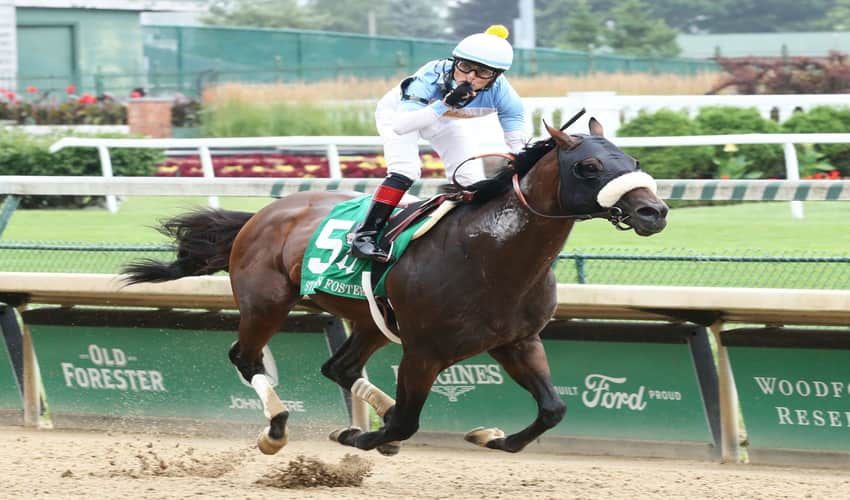 Weekend Racing Recap: This past weekend featured a full slate of horse racing as the quest; to pile up enough qualification points to enter the Kentucky Derby began in earnest. Churchill Downs had a complete schedule of racing, as did some of the other major parks. Today we look at the results of the Stephen Foster Stakes and the Fleur de Lis Stakes; both from Churchill Downs.

It was seven-year-old Tom’s d’Etat who ran away with the Stephen foster stakes, winning by 4 ¼ lengths. That made it four straight stakes wins – and a qualification for the Longines Breeders’ Cup Classic. According to his trainer, Al Stall Jr; horses his age simply don’t win races like this; but he also pointed out that Tom’s d’Etat has had a number of; nagging injuries that have led to fewer hard races on his legs; which could help him last longer in the sport.

The race had a field of eight horses; and Tom’s d’Etat roared out of the fifth post position to the front. He was right off the rail and held onto; second as Pirate’s Punch demonstrated some early speed to take the lead. By My Standards and Alkhaatam pushed the pace outside the race; and Tom’s d’Etat crept ahead of Pirate’s Punch at the 3/8 pole. At the six-furlong mark, he led by a head. At the mid-stretch mark, Tom’s d’Etat made his move and kept building his lead all the way to the finish. This makes a nice run for him after already winning at the Clark Stakes (Grade I); the Hagyard Fayette Stakes (Garde II) and the Oaklawn Mile Stakes on April 11.

Midnight Bisou dominated the Fleur de Lis Stakes, rolling to an 8 ¼-length victory. This was her first race since the Saudi Cup on February 29; when she finished as the runner-up to Maximum Security. In her 2020 U.S. debut; she made a huge move off the far turn; and now she has qualified for the Longines Breeders’ Cup Distaff on November 7. She came in third at that event in 2018 and was the runner-up a year ago.

In Saturday’s race, Serengeti Empress set the pace from the beginning; but then at the three-quarters mark, Midnight Bisou caught and passed Serengeti Empress. She finished the mile in 1:35.40 and just kept pushing, not facing any challenges down the stretch. She was the 1:2 favorite and paid $3 for a $2 winning ticket. This gives her a 13-5-3 record in 21 starts; with earnings over $7.3 million – a total that does not include her runner-up winnings from the $20 million Saudi Cup; which have been frozen pending an investigation into the trainer of Maximum Security.

*You can bet on this and every other major race from around the world at super racebook JazzSports.ag check out; their betting pools and odds to win on the upcoming Triple Crown races under the Horses category of their betting board.