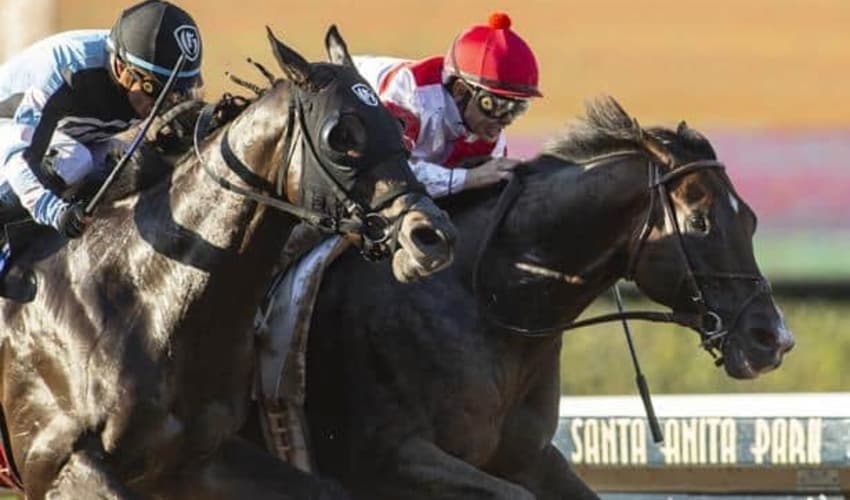 This is the Weekend Recap Racing Reviews for another entertaining weekend of racing action, which was capped by a famous win for trainer Michael McCarthy in the Preakness Stakes with Rombauer. However, you can catch up with the other results from this past weekend below.

There was entertaining action on Friday at Pimlico, which included the 2021 renewal of the Miss Preakness Stakes. The Group 3 was eventually won by Red Ghost in a time of 1:10.53. She managed to just about hang on for the win despite the late challenge of Euphoric. Joyful Cadence was back in third.

The Pimlico Special was one of the featured races taking place on Friday, as the field competed for the purse of $237,500. It was five-year-old Last Judgement that was able to get the win in a time of 1:54.37, as he won by a margin of a length and a quarter from Modernist. Fearless looked set to get second down the final stretch but just couldn’t hold on and was forced to settle for third.

There was Grade 3 action at Belmont Park on Saturday, as Bye Bye managed to hold on to win by a neck from Invincible Gal. It was a compelling battle down the final stretch, but Bye Bye was able to cross the line first in a time of 1:21.19. Candace O was back in third as she finished narrowly behind Invincible Gal.

Arklow was the winner of the Louisville Stakes in the only graded contest at Churchill Downs this past weekend. The seven-year-old finished the trip in a time of 2:27.13, which was a length clear of second-placed Red Knight. Strong Tide was back in third, which was still a progressive run from the four-year-old at graded company.

Three-year-olds were in action in the Chick Lang Stakes at Pimlico on Saturday. However, it was Mighty Mischief that was able to get the win, as he finished in a time of 1:09.74 after a compelling six-furlong sprint. He won by a length and a quarter from Jaxon Traveler, while Hemp was back in third.

Aside from the Preakness Stakes, the Dinner Party Stakes was the next most lucrative race on the card at Pimlico on Saturday. Somelikeitbrown was able to get the win for Michael Maker, as he won in a time of 1:40.09. Talk Or Listen faded in a final couple of furlongs and finished a length back in second, while Midnight Tea Time was third.

Mean Mary was the winner of the Gallorette Stakes on Saturday at Pimlico. She finished half a length ahead of Vigilantes Way in a time of 1:43.10. It was an excellent race and could have gone in any direction in a final couple of furlongs. Great Island traveled strongly throughout but needed to settle for third.

One of the performances of the day came in the Lazaro Barrera Stakes, as The Chosen Vron won by three and a half lengths. The three-year-old finished in a decent time of 1:16.28, and the field struggled to contend with the pace inserted into the contest by The Chosen Vron. Laurel River was second, while Wipe The Slate was third.