What are the plans for the 2021 Breeders’ Cup Champions 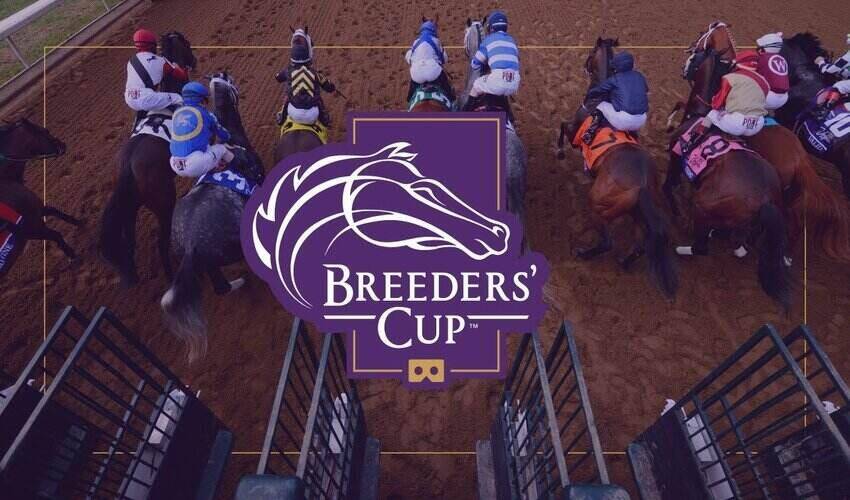 They came, we saw, and they conquered. The 14 Breeders’ Cup champions now go their separate ways – one or two on the short journey to stud, their racing days done – and here we look at what may lie in store for the heroes and heroines of Del Mar in 2022.

The headline act at the Breeders’ Cup is almost always the Classic winner, and this year that was the marvellous front-runner Knicks Go. Victory in the Classic often immediately precedes retirement and a stud career, but Knicks Go will have one more race before switching roles to become a stallion. He is carded for the Grade 1 Pegasus World Cup, a race he also won this year, over nine furlongs at Gulfstream Park on January 29, before retiring to Taylor Made Stallions in Kentucky.

At Gulfstream he will clash with Dirt Mile winner Life Is Good, who will be stepping up to that distance for the first time. On the basis of his Del Mar run Life Is Good should have no problem with the extra furlong, which will open up races such as the Grade 1 Stephen Foster at Churchill Downs and the Grade 1 Whitney at Saratoga as objectives further down the line, and possibly even the Dubai World Cup at Meydan over a mile and a quarter.

By the time of the Dubai World Cup at the end of March, surprise Distaff winner Marche Lorraine will have waved farewell to the track. She may run again in Japan before then, but the rules of the syndicate that owns her dictate that she must be retired by March, when a career as a broodmare beckons.

On the other side of the coin, Breeders’ Cup champions Filly & Mare Sprint winner Ce Ce will keep going at the age of six, with trainer Michael McCarthy pointing her towards the Grade 2 Santa Monica at Santa Anita over seven furlongs on February 5. The Grade 1 Madison at Keeneland in April may be the next step after that, with all roads leading back to Keeneland for another try at the Filly & Mare Sprint in November.

Unraced at two and at three, Aloha West concluded his debut campaign with victory in the Sprint and may now head east in search of another big payday. The $1.5 million Riyadh Dirt Sprint, over six furlongs on the Saudi Cup card on February 20, and the $2 million Group 1 Dubai Golden Shaheen, at Meydan over six furlongs at the end of March, could both be under consideration.

One of the most impressive winners at the Cup was Golden Pal, who led at every call in the Turf Sprint. The 2022 campaign for the son of Uncle Mo is likely to be centred on another visit to Europe, always a high priority for trainer Wesley Ward, where his main target is likely to be the Group 1 King’s Stand over five furlongs at Royal Ascot in June. A repeat bid for the Group 1 Nunthorpe at York in August – in which he ran himself to a standstill last year after setting sizzling fractions – is another possibility.

Japanese supermare Loves Only You, winner of the Filly & Mare Turf, is expected to reappear in the Group 1 Hong Kong Cup over ten furlongs at Sha Tin next month, and a decision on whether she stays in training next year will be made following that race. She will be six in 2022, and at that age a broodmare career is a distinct possibility.

A career post-racing is not possible for Turf winner Yibir, for he was gelded during the summer and consequently has two or three more years on the track ahead of him. His first major target next year will be the Group 1 Dubai Sheema Classic over a mile and a half at Meydan in March and, given his evident suitability for travelling, he will be a candidate for another international campaign, possibly culminating in a defence of his Turf crown at Keeneland next November.

For Yibir’s erstwhile stablemate and Mile winner Space Blues, the hard work is over. He has been retired to stud, and will take up stallion duties at Kildangan Stud in Ireland. Other Grade 1 winners ending their career on the track and beginning a new one at stud next year include Essential Quality, Rock Your World, Code Of Honor, Raging Bull, Lexitonian, Maxfield, Charlatan and Silver State.

In regard to the two-year-old winners at the Cup, everything lies ahead of them, although for Juvenile winner Corniche a potentially brilliant future is clouded in uncertainty. In a normal year he would be tasked with gathering more points on the Road to the Kentucky Derby, but at the moment he can only do that if transferred to another trainer. He can still run in those RTKD races en route to the Preakness, maybe, but everything about the unbeaten colt is conjecture.

A simpler path awaits his counterpart Echo Zulu, winner of the Juvenile Fillies. She will make her way towards the Kentucky Oaks via two or perhaps three prep races through the winter and spring. When Untapable won the Kentucky Oaks for trainer Steve Asmussen in 2014 she tuned up at the Fair Grounds, winning the Grade 3 Rachel Alexandra and the Grade 2 Fair Grounds Oaks, so that may be a course he will chart with his new superstar.

Juvenile Fillies Turf winner Pizza Bianca is to be targeted at the Turf Triple, although the stepping stones that will take her there have yet to be confirmed. The Turf Triple for three-year-old fillies comprises the Grade 1 Belmont Oaks (July), the Grade 3 Saratoga Oaks (August) and the Jockey Club Oaks in September.

It is highly likely that Breeders’ Cup champions Juvenile Turf Sprint winner Twilight Gleaming will play tourist as she did last summer, heading for Europe with barnmate Golden Pal and one or two of Wesley Ward’s other speed demons. The race for her at Royal Ascot will probably be the Group 1 Commonwealth Cup over six furlongs, in which she will take on the colts as she did at Del Mar.

Such is the strength in his stable that trainer Charlie Appleby may have tough decisions to make with Modern Games, winner of the Juvenile Turf. The Dubawi colt will almost certainly be aimed at an edition of the 2,000 Guineas over a mile in May, but whether that will be at Newmarket, the Curragh or Longchamp depends not only on his progress but on the progress of his talented barnmates. The Newmarket race is the most prestigious of the three.