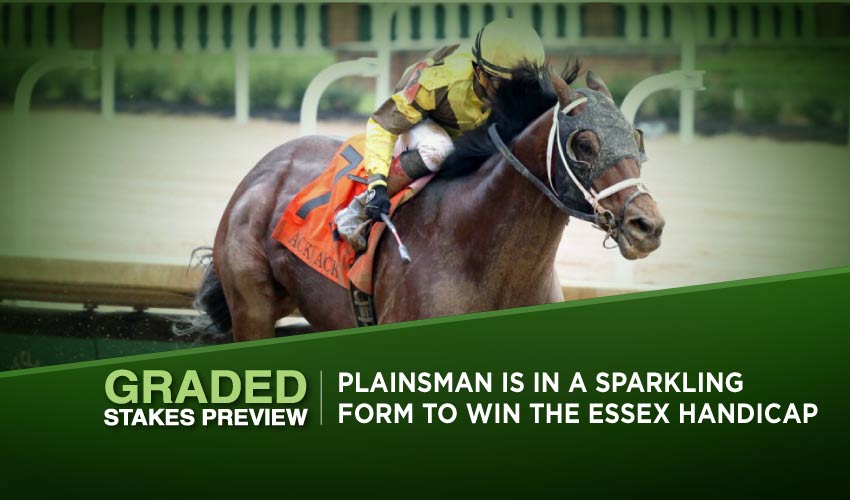 The only source of Graded-race action this weekend is Oaklawn Park, and the Arkansas circuit provides two closely matched puzzles for bettors to unpick. Old favourite Rated R Superstar, twice a winner of the G3 Essex, takes on G1-placed Plainsman in this year’s edition of the race, while course winners Bob’s Edge, Hollis and Greeley And Ben lead the charge in the G3 Whitmore.

There’s a very big purse on offer for some relatively undistinguished horses in the Essex, the feature event at Oaklawn Park on Saturday, which has drawn a field of veterans – the youngest are aged six – on the hunt for a late-life bonus.

Brad Cox has two of the first three on the morning-line and his first string is Plainsman, who spots at least 3lb all round and comes here in sparkling form. He was a game third in the G1 Cigar Mile at Aqueduct in December, and began 2022 with a bang in the G3 Razorback over course and distance, pressing the pace throughout and keeping on dourly to hold off Thomas Shelby by a neck, the pair in the first two throughout.

That extended a particularly fruitful run for Plainsman, who was hitting the board for the eighth time in a row and seems better than ever at the age of seven. Thomas Shelby was making his Graded-race debut in the Razorback and maintained his remarkable recent consistency, it being the 12th consecutive race in which he’d finished in the first three. He has yet to win a stakes – zero-for-four – but looks well capable of doing so.

Third in the Razorback was the longshot Popular Kid, two lengths behind the winner, and although he has also never won at stakes level does appear to be in the form of his life. A length behind him in fifth was old-timer Rated R Superstar, who has a long history with the Essex Handicap, which has been elevated to Graded level this year.

It was just a stakes when Rated R Superstar won it in 2019 and was runner-up 12 months ago, beaten a neck by subsequent G1 winner Silver State, and the old boy is still in fighting trim, finishing three-quarters of a length ahead of Thomas Shelby when winning a stakes here over a mile in January. He can’t be improving at nine, but is impossible to rule out given his track record.

Cox’s other representative is Warrior’s Charge, who ran fourth in the 2019 Preakness behind War Of Will. He stopped a nine-race losing streak when blitzing an allowance optional claimer over course and distance by nine and three-quarter lengths last time out, and if still in that mood is no second-string contender.

However, on his previous start, a stakes here over a mile-eighth, he was almost seven lengths behind runner-up Thomas Shelby and third-placed Beau Luminarie, another who has yet to get the job done at stakes level but who has hit the board in his last 15 starts, a phenomenal display of game-day consistency. Title Ready was another couple of lengths back in sixth, and although he has last year’s G3 Louisiana at the Fair Grounds on his roll of honour, it was a weak race and he hasn’t run to that form since.

Hanalei’s Houdini nearly made his stakes breakthrough at Laurel Park over a mile last time, beaten just a neck, but he’ll find this much tougher.

There are several with chances, but THOMAS SHELBY seems better than ever, has only a neck to find with Plainsman on recent course/distance form, and is the choice to turn the tables.

The Whitmore has been upgraded and renamed for 2022, and it now commemorates the champion sprinter who won this race four years straight (2017-20) when it was a stakes known as the Hot Springs.

There is nothing here of Whitmore’s calibre, although morning-line favourite Bob’s Edge does share his liking for Oaklawn judged on his lifetime best in a stakes over course and distance latest, when coming away to score by two and three-quarter lengths without having a hard race.

He’s only four and has scope for further improvement; Hollis was beaten almost seven lengths into fifth, but was much better next time out when running the pants off No Shirt No Shoes by four and a quarter lengths in an allowance optional claimer here over five and a half furlongs, a distance at which he holds the track record. The extra sixteenth may be an issue for this speedball.

The eight-year-old Greeley And Ben brings an incredible record to the table, 19-for-30 lifetime and beaten only once in his last 13 starts. Stakes wins at Delta Downs and Sam Houston – Kneedeepinsnow beaten a length and three-quarters into fourth – may not add up to much, and it was only a starter allowance he won over course and distance last time out, but he is a natural-born winner and this is not the hottest Graded race in the calendar.

Exactly a month ago Royal Daaher and Atoka locked horns in an allowance over course and distance and Royal Daaher led all the way, winning going away by a length and a quarter, with Atoka a length further back in third. Atoka is 6lb better off today and has every right to flip the form, but neither horse has yet won at stakes level and both need to improve. In the same boat is Heart Rhythm , who just lasted home in an allowance optional claimer over course and distance last time out.

That also applies to Tulane Tryst , but with only seven races under his belt he can be expected to do better. He cleared right away to win by more than seven lengths in an allowance optional claimer over six furlongs at the Fair Grounds last month, and looks ready for the step up today.

Our Top Pick for Whitmore Stakes

This could rest between two of the younger, improving sorts. BOB’S EDGE ran a lifetime best in a stakes over course and distance last time out and is preferred to the lightly raced Tulane Tryst.