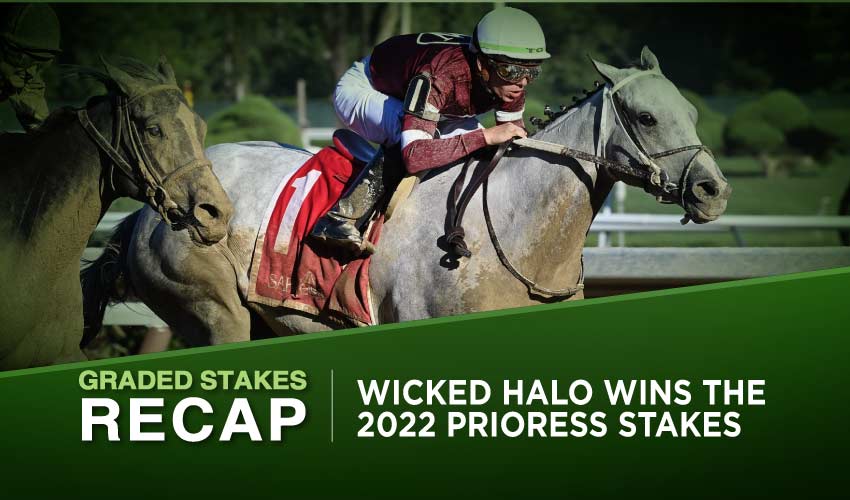 On Friday, the card at the Saratoga Race Course held the G2 2022 Prioress Stakes for three-year-old fillies where Hot Peppers didn’t look that good to fulfil the role of a favorite. From the beginning, she lacked the spark, and in the end, it was Wicked Halo who struck gold decisively.

Eight three-year-old fillies clashed in this G2 dirt event and covered the distance of six furlongs. The purse of $250,000 attracted some interesting participants, including the G2 victress Wicked Halo (22-5), who had a lovely trip under Tyler Gaffalione.

The grey filly trained by Steven Asmussen galloped in fifth, relaxed, and once the field turned for home, the jockey sent his mount outside. Wicked Halo then had plenty of room to rally forward, which she used to take command and cross the wire in 1m 10.16s, securing her second G2 triumph. Outsider Sterling Silver (37-1) delivered the second-best finish as she took second place, only a neck behind Wicked Halo, with Union Lake (4-1) coming home in third.

Wicked Halo recorded her premiere Graded victory in 2021 as she bagged the Adirondack Stakes, and basically, none of her nine career starts was really bad. She’s never finished worse than fourth; moreover, her second attempt at the G2 level resulted in third place in the Eight Belles Stakes, while her third try was victorious.

The Gun Runner daughter is simply a classy filly who bravely denied Sterling Silver‘s attack, while the rest of the field was no match for her. Behind third Union Lake, favorite Hot Peppers (11-5) had to settle for fourth place after being actively ridden from the beginning, upon which she lost her prominent position shortly after turning for home. There was really nothing appealing about her Friday effort.

Follow us on Social Media for more 2022 Prioress Stakes updates!