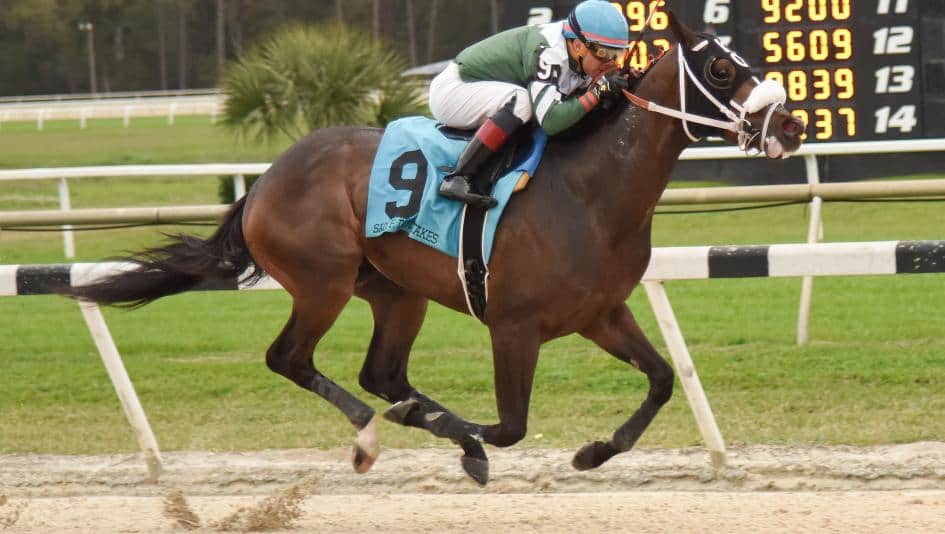 The Withers is set as Race 8 on Aqueduct’s Saturday card, and it is open to 3-year-old runners. With a field of nine, it will cover a distance of 1 1/8 miles around two turns.

It is an important lead-up to the Derby, as the last two winners have made it into the final field.
In this year’s edition, the one to beat is Capo Kane, coming in at 9-5. The 3-year-old colt from Street Sense is trained by Harold Wyner and will break from Post 1 under jockey Dylan Davis.

He is 2-1-0 out of three career starts, and his current purse earnings sit at $114,500.
Bred in California, Capo Kane is coming off two straight wins by a combined length of 11 furlongs.

Those victories included a maiden race at Parx Racing in November and a win in the Jerome Stakes (G3) at Aqueduct on New Year’s Day. The latter was another Kentucky Derby qualifying race.

Capo Cane already holds 10 qualifying Derby points, so a victory will improve his standing even more on the leaderboard.

Some of the other big names coming into the Withers Stakes include Donegal Bay at 7-2 and Overtook at 5-1, both trained by Hall of Famer Todd Pletcher.

The Sam F. Davis Stakes will run as Race 11 at Tampa Bay Downs, and it is open to 3-year-olds. The sizable field of 13 runners will cover 1 1/16 miles at the track.

The overflow field is set to include names like Hidden Stash, Known Agenda, and Smiley Sobotka.
Hidden Stash, a Constitution colt, is receiving a lot of attention coming into this one. While he doesn’t have as much stakes experience as the other runners, he is coming into the race in good shape and will break on the rail.

Trained by Vicki Oliver, he finished fourth and third in two maiden races last summer in Kentucky, followed by a 1 1/16-mile maiden score at Keeneland on Oct. 24. He then went on to win an allowance optional claiming race at Churchill Downs on Nov. 28.

Two of his biggest rivals will be the graded-placed Known Agenda and Smiley Sobotka. Trained by Hall of Famer Todd Pletcher, Known Agenda is a Curlin colt with a record of 1-1-1 from three career starts.

Dale Romans trains Smiley Sobotka, and the Brody’s Cause colt is 1-2-0 from three career starts, coming off a runner-up effort in the Nov. 28 Kentucky Jockey Club Stakes (G2) at Churchill Downs.

Make sure to check Horse Racing Tote  for all the latest news on the Kentucky Derby Prep Races and odds; weekend graded stakes recap and results; as well as up to the minute reports on the Road to the Kentucky Derby.