Yibir Bounces Back to Claim the Princess of Wales’s 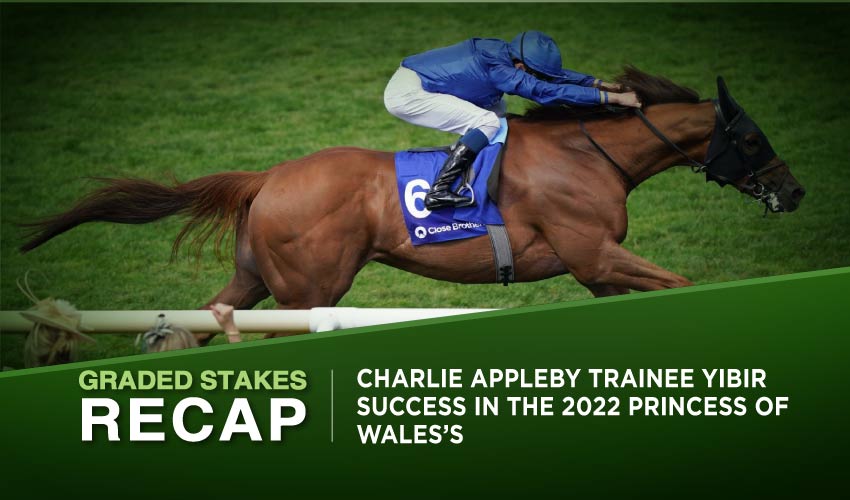 Form is temporary, class is permanent, and Yibir showed the truth of that old saying when gaining his first success since last year’s Breeders’ Cup Turf in the G2 Princess of Wales’s, the main event at Newmarket on Thursday. Elsewhere, Persian Force was an impressive winner of the G2 July, while Deauville Legend made light of a rise in class when victorious in the G3 Bahrain Trophy.

Breeders’ Cup Turf winner Yibir ended his losing streak in style when running out a comfortable winner of the feature Princess of Wales’s at Newmarket on Thursday.

Beaten three times since his Del Mar heroics, the 11-8 joint-favorite as usual took time to get going but was well on top at the finish, staying on strongly through the final furlong under William Buick to score by two and a quarter lengths from longshot Living Legend, with barnmate and pacemaker Global Storm hanging on gamely for third, a neck behind. The time was a tick under 2:29; the other joint-favourite Mostahdaf was a well-beaten last of six.

The Charlie Appleby-trained Yibir, who is demonstrably better when he has a fast pace to run at, will now return to the US for the G1 Sword Dancer over a mile and a half at Saratoga on August 27, before being aimed at the BC Turf again.

Force to be reckoned with

His task was made much easier by the late scratch of main rival Little Big Bear, but Persian Force may well have come out on top anyway such was the impression he made when a dominant winner of the July.

Sent away at 1-2 favourite, Persian Force was ridden to the lead by Rossa Ryan two furlongs out and was eased down in the closing stages, winning by a length and a half from longshot Show Respect, stopping the clock in 1:11 and one-fifth. Second-choice Mysterious Night was third, beaten another length and three-quarters.

“He’s probably as good a two-year-old as we’ve had for a long time,” said trainer Richard Hannon, who is renowned for producing classy juveniles. “I’m sure he’ll get seven furlongs and we’ll aim him at the [G1] Dewhurst at Newmarket in October.”

There was a slight upset in the Bahrain Trophy when Deauville Legend made his stakes breakthrough at the first time of asking, providing jockey Daniel Muscutt with his first success at Group level.

The 11-2 fourth-choice, trained by James Ferguson, was always near the pace and was driven into the lead at the furlong pole before keeping on gamely, turning back the late challenges of Al Qareem and Walk Of Stars to get the job done in a tight finish by a head and a short head. The clock showed 2:43 and one-fifth; the favourite and second-choice Zechariah and Masekela ran flat in fourth and fifth.

Deauville Legend is a gelding, so can’t be pointed for the fall classic G1 St Leger. His next objective is the G2 Great Voltigeur over a mile and a half at York, won last year by Yibir.

Follow us on Social Media for Princess of Wales’s updates!