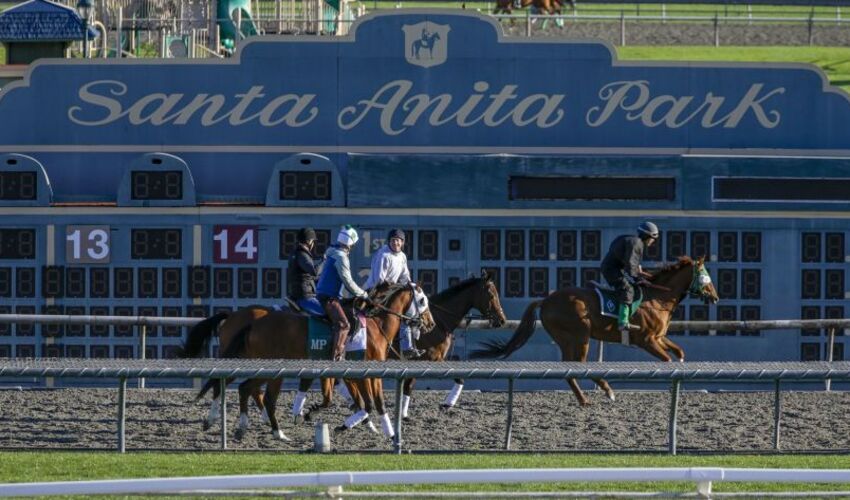 The G2 Zenyatta Stakes for fillies and mares highlights Sunday’s card at Santa Anita Park is part of the Breeders’ Cup Challenge Series, while there’s just one three-year-old participant who is about to clash with some more experienced contestants. She has a huge chance to succeed, though.

Sunday’s card’s most prestigious dirt race is open to three-year-old and older fillies and mares, while the purse of $200,000 was lucrative enough for eight contestants. In this G2 events over the distance of a mile and half of a furlong, As Time Goes By is the leading chance as the Bob Baffert bound bay has already managed to score at the same level, proving there is a certain class about her. Still, when facing tougher competition in the G1 Personal Ensign Stakes, she failed to impress and finished down the field. Rerouting her into this G2 company should prove the right decision. The four-year-old As Time Goes By is the favorite then, but her stable-mate Private Mission looks classy as well; moreover, she is quite unexposed.

The three-year-old omitted all the big races for her category as she had only one outing in June in an Allowance race, upon which she faced the Grade company for the very first time. In the G3 race over a mile, Private Mission broke smoothly, galloped closely behind the leader, and in the second turn, she made a decisive move to the front. Nothing and nobody could have stopped her back then as she romped to the finish line, leaving her rivals behind at least by six and a  half of the length. There should be something more about her as she seems a decent filly in the making.

In terms of the victory in the Zenyatta Stakes, it looks like the Bob Baffert duo is set above the rest, moreover, when Private Mission has a weight advantage over her rivals. Still, Stellar Sound is also a respected participant as she has been placed in the G3 and G2 company, but because her only starts in the season 2021 happened in July and August, her campaign seems to be far from ideal.

She should earn some money for her connections; nevertheless, as Stellar Sound’s potential feels real, it just has been hindered so far. Winning a black-type race last time out, Miss Bigly is about to attempt the Grade success for the very first time; however, the five-year-old mare doesn’t seem to be progressive enough to land this. Lady Kate (8-1) is the last to mention because she is a similar case to Stellar Sound – she has always been talented enough to shine among the elite, yet she hasn’t fulfilled the expectations so far. Lady Kate isn’t expected to win this, but it’d be hardly surprising if she ran a huge race here.

Our betting pick for the Zenyatta Stakes is Private Mission because she looks like a progressive filly that hasn’t shown everything she is capable of.

Join us at JazzSports and make sure to stay tuned for the latest Zenyatta Stakes odds and racing entries.