The Pegasus inaugurated an innovative concept in horse racing since the very first race in 2017. The first version of this race offered a purse of $12 million. Each racehorse owner purchased a share in the race for $1 million. They were then entitled to a portion of the profits of the event. The 2018 race offered a record $16 million purse, although this was recently passed by the Saudi Cup. The purse dropped to $9 million in 2019 and again to $3 million in 2020, but the Pegasus is still the richest horse race in the U.S. that is not held as part of the Breeders’ Cup.

Nationally broadcast on NBC and distributed globally, Pegasus attracts A-list celebrity attendees, fashion icons, influencers and avid fans to catch a glimpse of the most iconic horse racing event of the year. A Race that was originally divided into ownership shares, it is now a free entry race with one of the largest purses in North American racing, providing lucrative opportunities for Thoroughbred owners and trainers.

Pegasus now draws the world’s top horses, and it has become the flagship U.S. race outside of the Breeders Cup. While Gulfstream has made numerous changes to the race over its short history, it is now established as a premier Grade I stakes race that draws the early-season buzz. Four year olds and up race 1 1/8 miles over the dirt track at Gulfstream in an early-season test. For fans, this is one of their first chances to see champion 3-year-olds kick off their senior campaign. Gulfstream Park has added a turf race to the program so fans can see champions run on the grass as well.

Pegasus continues to draw the best in racing and entertainment through a continued focus on innovation. From the heart pounding thrills along the homestretch, premium dining to wagering throughout, the Pegasus World Cup offers world-class experiences to treat racing fans to a modern day race experience. 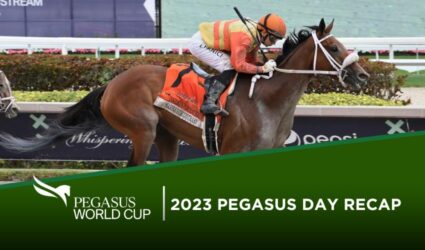 2023 Pegasus Day Recap: Away from the seven-figure purses at Gulfstream Park on Saturday,... 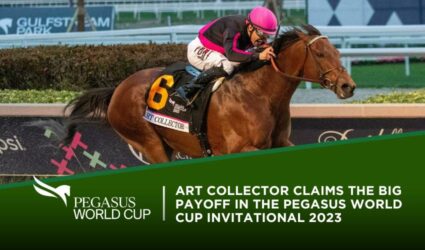 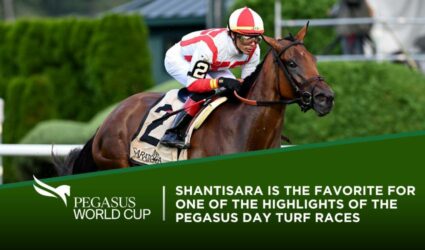 The stakes-loaded card at Gulfstream Park on Saturday features three fascinating contests on the... 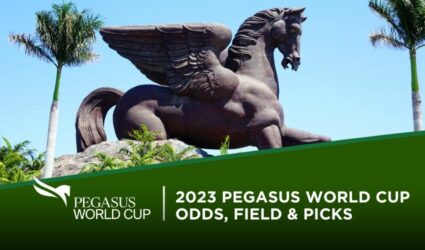 Green is the colour at Gulfstream Park on Saturday, when millions of dollars are...

The first marquee occasion of the year in the US is approaching fast, with... 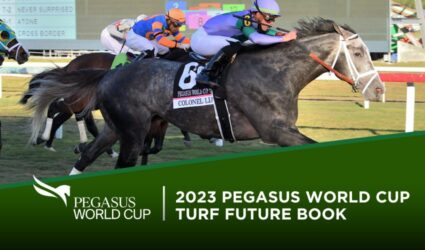 The very valuable Pegasus meeting at Gulfstream Park at the end of the month... 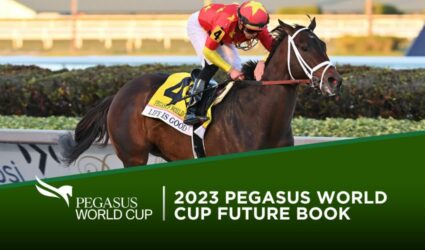 There are three big-money jewels in the opening quarter of the year and the...

The big-race rollercoaster kicks back into action early next year, when the 2023 Pegasus... 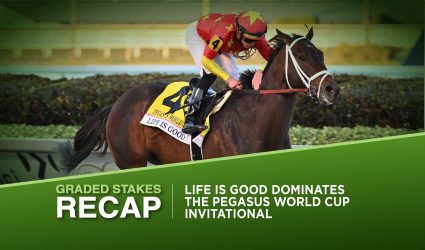 It wasn’t quite what we expected, but the Grade 1 Pegasus World Cup Invitational... 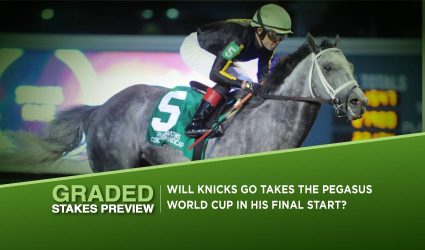 It’s a huge day at Gulfstream Park on Saturday, with the Grade 1 Pegasus... 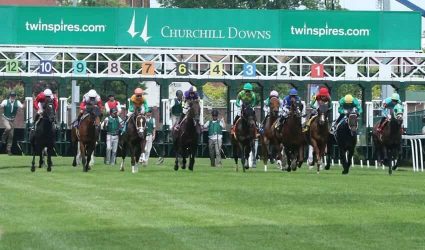 There will be a thrilling weekend of action at Churchill Downs. Here we will... 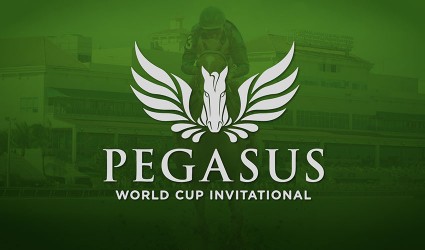 This weekend is set to see many of the sport’s top runners participate in...