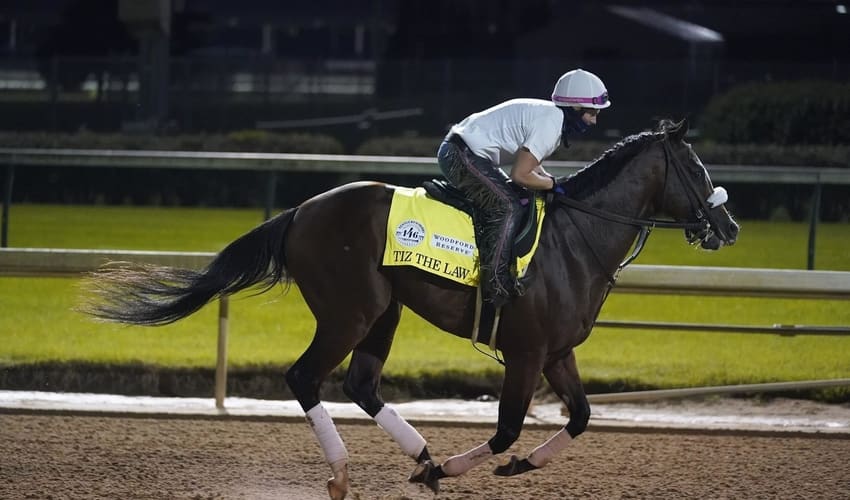 Pegasus World Cup Picks: After a disappointing sixth-place result at the Breeders’ Cup Classic at Keeneland Race Course on Saturday; questions about Tiz the Law began to swirl. Including the decision as to whether or not the Belmont Stakes champion would take part in next year’s Pegasus World Cup. Tiz the Law entered the Breeders’ Cup Classic as the favorite. However, running out of steam down the stretch after getting stuck on the inside combined for a frustrating result.

Let’s take a look at the prize horse’s status for the Pegasus World Cup; and check out right below the latest Horses Futures, courtesy of online racebook JazzSports.ag

*Odds are subject to change. Find TONS of other Racing Futures under the Horses Section of JAZZSports.ag’s Betting Odds Board.

Will Tiz the Law Run in the 2021 Pegasus World Cup?

As you consider your 2021 Pegasus World Cup picks; you’ll be glad to know that Tiz the Law will take part in the race. Jack Knowlton, the operating manager of Sackatoga Stable, where Tiz the Law trains, noted that the inside trip (the slippage that is associated with starting so close to the rail) was a concern with the horse’s entourage ahead of time.

Even so, it’s important to remember that Tiz the Law won three Grade I stakes in 2020 and came in second at the Kentucky Derby. Trainer Barclay Tagg had opted to hold Tiz the Law out of the Preakness Stakes because it was impossible for his horse to win a Triple Crown, and he wanted to rest him ahead of the big race on Saturday.

After the Pegasus World Cup, the rest of Tiz the Law’s racing schedule remains in flux. Knowlton has said that it is an “outside” possibility that the horse would take part in the Dubai World Cup, but Tiz the Law will miss the Saudi Cup. It is also possible that Tiz the Law will have a different jockey at Gulfstream when the Pegasus World Cup takes place in January. At Keeneland, Manny Franco was aboard Tiz the Law, and Tagg criticized the effort that Franco put forth, opting to follow the leader instead of creating some more urgency and finding ways forward to the front. In an interview after the race, Tagg said, “I had [Tiz the Law] ready to run, but I can’t ride for [the jockeys].” That’s far from high praise, so expect someone else in the saddle in January.