The Saudi Cup is a two-day international racing festival hosted at King Abdulaziz Racetrack, Riyadh, the capital of Saudi Arabia, with an undercard of international races on dirt & turf. The Cup is a new race in the major horse racing global circuit and boasts of being the richest thoroughbred horse race. It is organized by the Jockey Club of Saudi Arabia and it aims to bridge the gap between the Pegasus World Cup at Gulfstream Park, USA, and Dubai World Cup at Meydan, UAE.

This Horse Racing Cup was established in 2020 featuring 22 Group or Grade 1 winners, who had accumulated 34 wins at that level between them. The inaugural running of The Cup saw them compete across an eight-race card for a total prize pot of USD $29.2m.

The 2021 Cup prize purse was increased to $30.5m and the number of Group and Grade 1 winners entered to run went up to 31. Adding even more international flavor in February 2021 was the newly founded $500,000 Saudi International Handicap, introduced for horses trained in developing racing nations.

It had runners from ten different countries and celebrated five overseas winners across eight races. The first two Saudi Cup editions attracted horses from around the globe, including Japan and the United States. Maximum Security won the first running, but his purse money remains held up pending resolution of charges in the USA against the trainer Jason Servis.

The third edition was run as Group 1 event for the first time on February 26, 2022. The two-day Saudi Cup program offered $35.1 million in purses, making it the world’s richest horse racing meeting. Held before a large audience of guests and media, the Saudi Cup 2022 was beamed into millions of homes via the world feed program.

A full card of racing on the preceding Friday included an International Jockeys Challenge which had female and male jockeys compete as individuals as well as the $500,000 Saudi International Handicap for horses trained in IFHA-registered Part II and III racing countries.

This Cup is charged with raising awareness of horse racing in the country and encouraging participation among men and women throughout the sport. It also aims to promote Saudi Arabia at international level, acting as a marker for the Kingdom’s transformational journey, and encouraging tourism and investment.

Where is this horse racing event?

The Saudi Cup is a two-day international racing festival hosted at King Abdulaziz Racetrack, Riyadh, the capital of Saudi Arabia

When is the SC?

The 4th annual Saudi Cup is headed to Riyadh, Saudi Arabia at King Abdulaziz Racetrack from February 24 through 25, 2023.

When the Cup was established?

It was established in 2020 featuring 22 Group or Grade 1 winners, who had accumulated 34 wins at that level between them.

Where can you bet SC?

Our partner JazzSports is the best place for you to bet on the 2023 Saudi Cup. 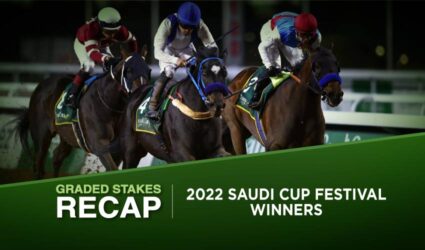 Riyadh turned Japanese on Saturday when four of the five races on the 2022... 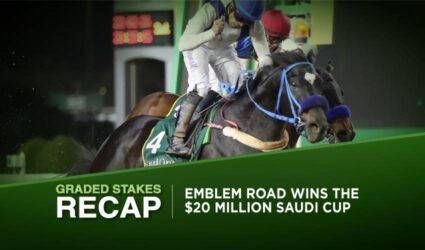 There was big money on offer and a huge shock in store at Riyadh... 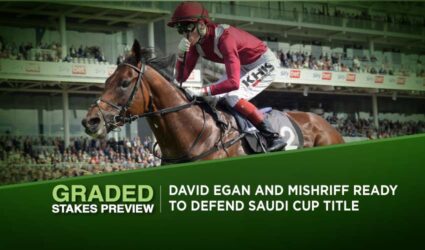 The richest prize in racing awaits the 2022 Saudi Cup Winner

The richest prize in the world awaits the winner of the 2022 Saudi Cup,... 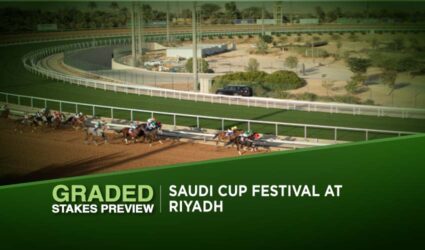 Saudi Cup Festival: Money talks in Saudi Arabia, where the meeting that features the... 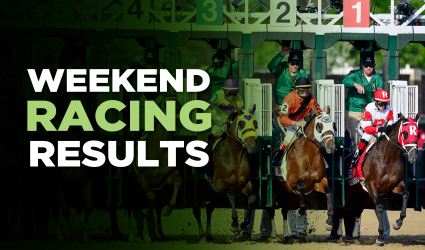 An upset at the $20 million Saudi Cup was the highlight of the weekend... 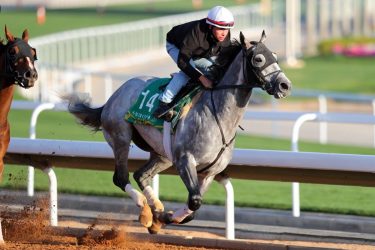 This weekend sees the running of the $20 million Saudi Cup, the world's richest... 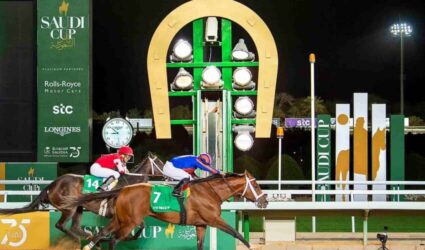 The Saudi Cup is the world’s richest race, with the 2021 edition hitting the...