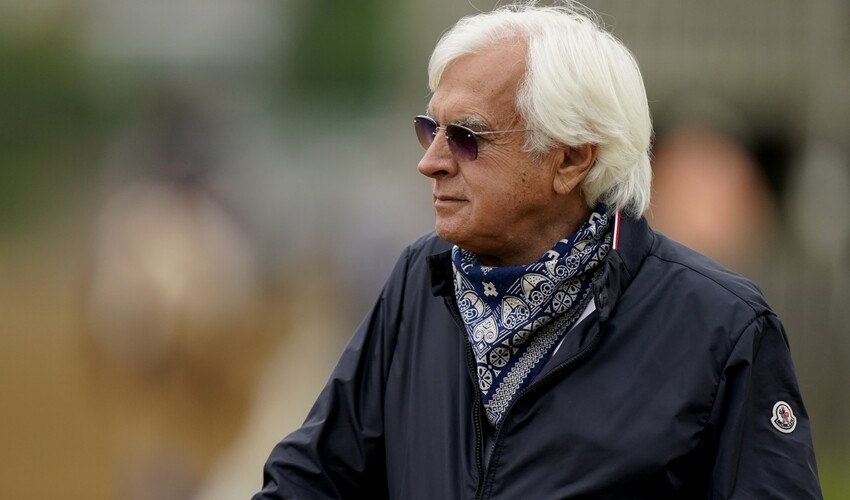 Baffert it’s the story that won’t go away. The Kentucky Derby takes two minutes to run, but the fallout from the race has lasted more than six months and is not over yet, as the legal issues surrounding the positive drug test on the winner Medina Spirit and the actions of his trainer Bob Baffert are pursued through the courts and the corridors of racing’s official governing bodies.

How did this all Bob Baffert issue started?

On May 1, Medina Spirit led all the way to win the Kentucky Derby at Churchill Downs, the Bob Baffert-trained 12-1 chance beating Mandaloun by half a length. So far, so simple.

Eight days later, news broke that the colt had tested post-race positive for betamethasone, a corticosteroid anti-inflammatory medication that can be legally used but must be out of the horse’s system before the day of the race under Kentucky regulations.

Bob Baffert first denied that Medina Spirit had ever been given betamethasone, then two days later backtracked and admitted that the colt had been treated for dermatitis with an anti-fungal ointment called Otomax, which contains betamethasone. Three weeks later, it was announced that the split-sample – the ‘B’ sample – from the original test was also found to contain prohibited levels of betamethasone, an outcome that would normally lead to a horse’s disqualification.

As soon as the positive test was made known, Churchill Downs suspended Baffert from entering horses at the track. In a press release, it noted that “Failure to comply with the rules and medication protocols jeopardises the safety of the horses and jockeys, the integrity of our sport and the reputation of the Kentucky Derby and all who participate. Churchill Downs will not tolerate it.”

Unlike other racing jurisdictions around the world, there is no overall governing body for horse racing in the US. Policy decisions are made on a track-by-track basis, or by the ownership bodies responsible for a group of tracks. Baffert was out of Churchill Downs, Aqueduct, Belmont and Saratoga, but he could still run horses elsewhere.

When the positive split-sample was announced, Churchill Downs handed down a two-year suspension to Baffert, keeping him off the Louisville grounds through the 2023 spring meeting.

Has Medina Spirit been disqualified from the Derby?

No, not yet. The Kentucky Horse Racing Commission is awaiting the results of a third test – the ‘C’ sample – from a laboratory chosen by the connections of Medina Spirit, before it issues a final ruling. If Medina Spirit is disqualified, which seems likely, he will become the second Derby winner to be disqualified in these circumstances, following the demotion of Dancer’s Image in 1968 after he tested positive for the prohibited anti-inflammatory medication phenylbutazone.

How has Baffert responded?

He has protested his innocence, saying that the presence of betamethasone is not performance-enhancing, and that the drug was accidentally introduced into the horse’s system through surface medication prescribed by veterinarians, rather than deliberately introduced via injection. This may very well be true, but the fact remains that Medina Spirit tested positive for a banned raceday substance, however the circumstances of transmission.

Has this ever happened to Baffert before?

Yes. Many times. The Medina Spirit case is his fifth medication violation in little more than a year and his 30th during his 44-year career, most of them involving legal medication that failed to clear a horse’s system by raceday and most resulting in fines or short suspensions. His 2020 Kentucky Oaks third Gamine was disqualified after testing positive for betamethasone.

Baffert has trained seven Kentucky Derby winners and two Triple Crown winners, American Pharoah and Justify, yet he is becoming almost as well known for medication violations as he is for big-race success.

In July, the suspension handed down by NYRA was nullified when a judge ruled that NYRA had acted unconstitutionally by not scheduling a hearing at which Baffert could respond to claims made against him, citing a lack of due process. His ban was lifted and he had a handful of runners at Belmont and Saratoga.

A hearing has now been scheduled for January 24, at which Baffert will argue that the positive test arose from the medical application of ointment rather than from an attempt to ‘dope’ the horse, a defence of sloppy barn management rather than an intent to break the rules, which he hopes will mitigate any consequent punishment.

The hearing is expected to last several days. A report will then be issued, although there are no time constraints regarding this, and a panel appointed by the NYRA president will review the report before arriving at a final, binding decision regarding any sanctions that will be applied to Baffert. This ensures that this part of the saga will drag on until mid-February at the earliest.

What about the Churchill Downs suspension?

It still stands. At present, Baffert is not permitted to enter horses for the next two Kentucky Derbys, and his horses are ineligible to earn ranking points in the Road to the Kentucky Derby series that decides the final field at Churchill Downs.

He currently trains the future-book Derby favourite, the Breeders’ Cup Juvenile winner Corniche, as well as several other prominent contenders, but unless the suspension is lifted the only way that Corniche and his barnmates will make it to Churchill Downs in May is if they are transferred to another trainer.

The NYRA ruling (see above) and the pending disqualification of Medina Spirit (see above) may have an impact on whether the Churchill Downs suspension will be legally challenged by Baffert and his team of attorneys.

What has Medina Spirit done since the Derby?

Medina Spirit finished third in the Preakness Stakes, had a break of three and a half months, then returned to win a stakes at Del Mar and the Grade 1 Awesome Again at Santa Anita, before finishing second in the Breeders’ Cup Classic at Del Mar. He is a candidate for the Eclipse Awards and is expected to race on next year.

What does this mean for racing?

This scandal goes a long way towards confirming public suspicion that racing is crooked, especially as it occurred in the highest-profile race of the year, the one race that reaches beyond racing’s bubble and into society as a whole. The long-drawn-out nature of the saga is keeping the scandal in the headlines, giving those without a day-to-day interest in racing their only contact with the sport. Racing will of course survive, but serious damage has undoubtedly been done to its reputation – already shaky – in the eyes of the wider world.

Sign up and get a 10% rebate. Make sure to stay tuned for the latest Horse Racing Odds, and Racing entries.