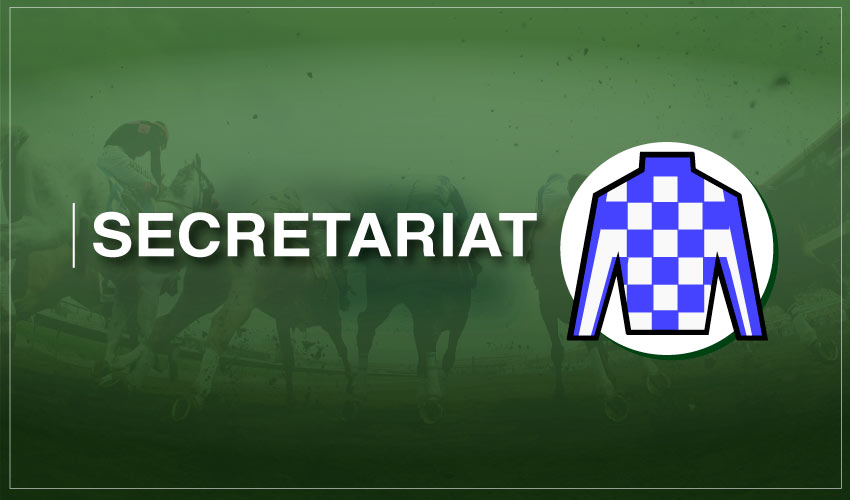 Secretariat was the first American Triple Crown winner in 25 years and the ninth to achieve such honor. He was foaled at Meadow Farm in Caroline County, Virginia. He was the third offspring of 1957 Preakness winner Bold Ruler, the greatest sire of his generation, and Somethingroyal, who raced just once but whose breeding was of top quality. This legendary thoroughbred racehorse whose name reigns supreme in the history of racing was byname Big Red.

Secretariat became so popular that Time, Newsweek, and Sports Illustrated featured the horse on the cover the same week. The William Morris Agency booked his appearances the way it would for a hot movie star. At the time, no movie star was as hot as “Big Red.”

While Secretariat’s Belmont is the moment frozen in time, his resounding Kentucky Derby and Preakness triumphs also testified to his ethereal qualities. Doubts surrounded the 2-year-old champion entering the run for the roses because he had been no better than third in his prep race, the Wood Memorial, a defeat later attributed to a large abscess discovered in his mouth.

Horse Racing bettors holding 5,617 winning pari-mutuel tickets on the Belmont never cashed them, presumably retaining them as keepsakes of that event for the ages.

In a career that spanned only 16 months, Secretariat started 21 times, won 16, and finished in the money in all but his first race. He was an odds-on favorite 17 times, winning 13. By the time he went to stud, he had won back-to-back Horse of the Year awards.

In stud, Secretariat sired such future champions as 1988 Preakness and Belmont winner Risen Star and 1986 Horse of the Year Lady’s Secret. But none of his offspring came close to matching the standard he set.

Secretariat suffered from severe laminitis, a chronic and painful hoof disease just prior to his death. On October 4, 1989, the decision was made to humanely euthanize him. He was buried at Clairborne Farm in Paris, Kentucky.

Make sure to stay tuned for the latest Triple Crown Odds. Check out the World’s major Horse racing entries, last-minute races results and don’t forget to Sign-up and get Up to 10% horse rebate. We have the biggest rebate!

Enhance your Horse Gambling Action with our Horse Betting Guide and don’t forget to follow us on Social Media for instant Triple Crown Races updates!