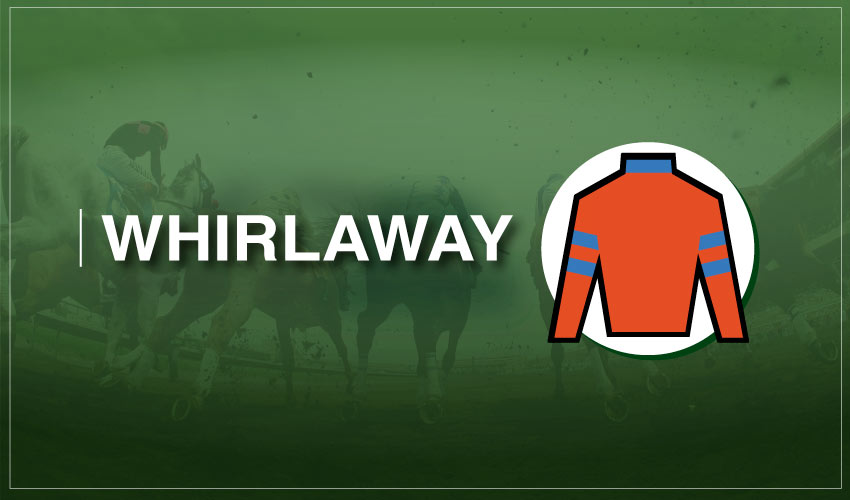 Whirlaway started his racing career on June 3, 1940, with a narrow victory in Chicago. His regular jockey was Eddie Arcaro. This chestnut stallion sired by English Derby winner Blenheim II was the fifth winner of the U.S. Triple Crown races.

Whirlaway’s sire was Blenheim, who was born in Great Britain and won the Derby. Blenheim was a sire of sires, producing the likes of Mahmoud who won the Epsom Derby and is thoroughly entrenched in the breed by such accomplishments as being the third broodmare sire of Northern Dancer and numerous other things.

Whirlaway was foaled at Calumet Farm in Lexington, Kentucky. His trainer was Ben A. Jones. Many fans gave their favorite horses affectionate nicknames, and Whirlaway was dubbed Mr. Longtail or The Flying Tail. This was probably a result of his luxuriously long, unracehorse like tail.

At the 1941 Kentucky Derby, Whirlaway took off at the top of the homestretch to make an eight-length victory. His time of 2:01 2/5 set the new track record for more than twenty years. During the Preakness Stakes, he almost walked out of the starting gate and was so much farther behind all the other horses. Then on the backstretch, he and jockey Eddie Arcaro flew by and won by five and a half lengths. At the Belmont Stakes, he has scared away most of the racing competition, leaving only a field of four. He won, but in a slow 2:31.

Whirlaway wins after the Triple Crown

Whirlaway continued to win during 1941. He won the Dwyer, then the American Derby in Chicago, and continuing his winning streak by winning the Travers Stakes. After those races, he won the Saranac Handicap and the Lawrence Realization. But then at the Jockey Club Gold Cup, he lost in a hard fight for the win. Near the end of the 1941 season, Whirlaway and some other Calumet Farm horses were shipped to Santa Anita for the upcoming winter races. But the bombing of Pearl Harbor brought all racing on the West Coast to an immediate halt. But Whirlaway was still named the 1941 Colt of The Year and the Champion Three Year Old Colt.

He became a patriotic horse during the war by running in races to benefit the Emergency Relief Fund netting over $5 million dollars. In 1950, the famous French breeder Marcel Boussac saw the horse and convinced Calumet Farm to lease the animal to become a stud as his Haras Fresvay-le Bufford farm in France.

The Calumet Farm-born, bred and trained horse went on to run 60 times, at 17 tracks before being retired in 1943 after suffering a tendon injury.

Whirlaway died at the age of fifteen of a rupture. and was buried on the Boussac’s farm in France not far from the famous Normandy beachheads. However, his remains were returned to Kentucky and re-buried in the Calumet Farm Cemetery.

Make sure to stay tuned for the latest Triple Crown Odds. Check out the World’s major Racetracks entries, Horse racing results and don’t forget to Sign-up and get Up to 10% horse rebate. We have the biggest rebate!

Enhance your Horse Wagering Action with our Horse Betting Guide and don’t forget to follow us on Social Media for instant Triple Crown Races updates!