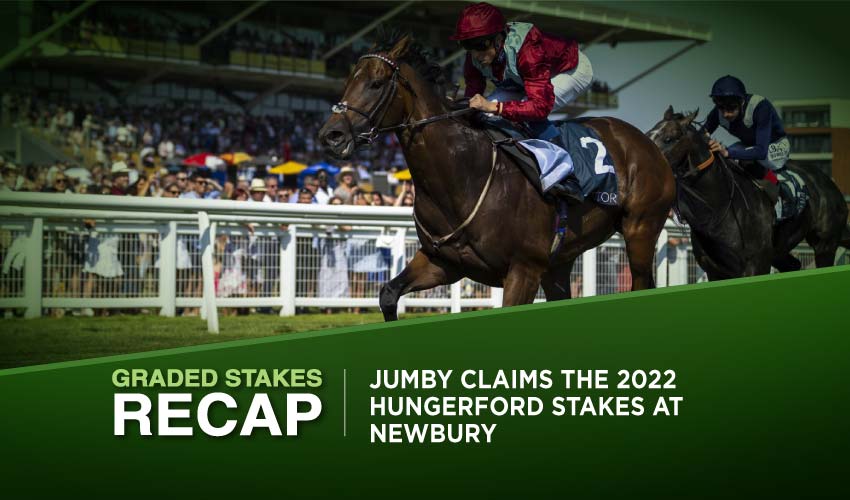 The 2022 Hungerford Stakes (G2) was the peak of Saturday’s card at the Newbury Race Course in the United Kingdom. Three-year-old and older horses clashed on the turf surface where Jumby caught off guard his preferred rivals to secure his premiere Graded success.

The G2 race attracted a field of nine three-year-old and older horses who covered the distance of seven furlongs.

On the turf surface, the favorites had no luck as four-year-old Jumby (9-1) snatched up most of the purse of £100,000 after displaying a beautiful turn of foot.

The Eve Johnson Houghton bound bay traveled in the bunch of horses, but once the jockey urged him to improve his position, Jumby did so enthusiastically.

Under William Buick, he split the contestants to make room for himself, upon which he bolted up and drew easily clear to triumph in 1m 22.50s. Dubai Poet (6-1) came home second, losing by one and ¾ of a length to the victor, while Wings of War (22-1) took third place.

Jumby wasn’t really considered for the victory as winning a Class 2 handicap was his personal best, and even though he finished third in the G3 company in his seasonal debut, his following performances didn’t catch the eye.

On Saturday, everything went to his stride, though, and the son of New Bay delivered in front of a front-running Dubai Poet who more or less sustained the fast tempo.

Wings of War finished third as neither of the preferred horses impacted the race much, including fifth Pogo (5-2) and eighth Chindit (4-1), who was outpaced in the closing stages.